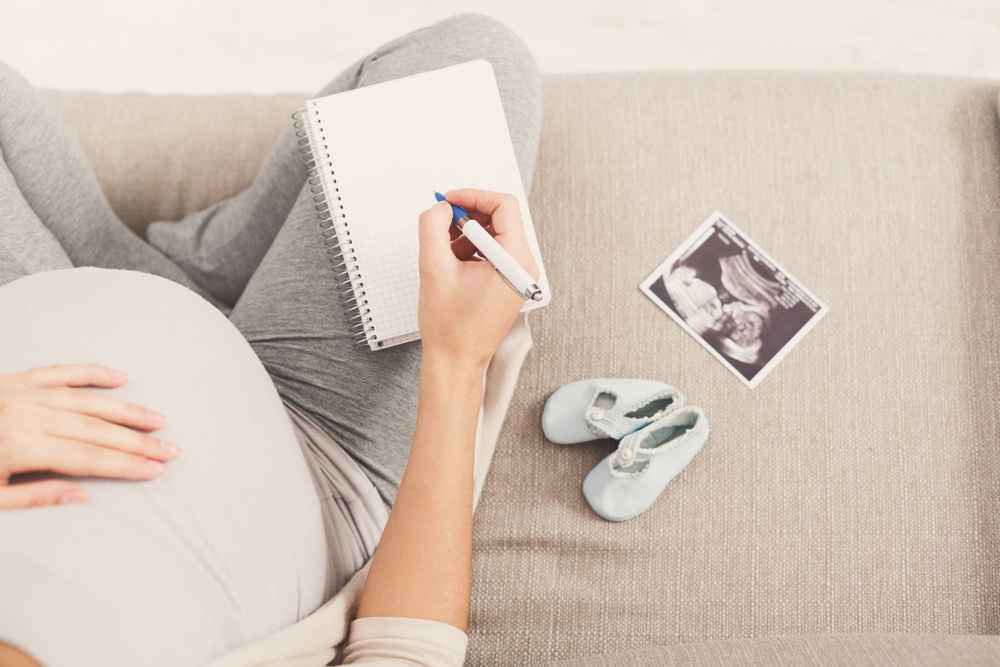 Picking out a new name for your little one when you’re expecting can be both exciting and a little intimidating. After all, you’ll want to pick out a name that your daughter can cherish for the rest of her life; that’s no small responsibility! That’s why sometimes it can help to look around for a little naming inspiration.

Coming up are some baby girl names rapidly growing in popularity that parents love for their originality, sound, and meaning. Could one of these names be just perfect for your daughter?…

Meghan is a variant spelling of Megan, and this spelling’s popularity has waxed and waned over the decades. Currently, it’s on an upward swing. It recently rose 701 positions, going from US popularity rank #1404 to #703 between 2017 to 2018.

This name has its roots in the United States; however, the original spelling, Megan, comes from Ireland. It means “pearl,” imbuing this moniker with the same beauty as the gemstone.

Meghan stands out for its unique spelling. Many people want their children to have an original name, while others want to give their children something classic. With Meghan, you get both, as this original spelling gives a special spin to a beloved classic.

Combining originality, classic charm, and a beautiful meaning, it’s no wonder this title is rapidly growing in popularity.

This unisex name is perfect for children of any gender. Dior originates from France, giving it a sophisticated feeling. Dior means “present,” referring to either the current time or a gift. So, Dior offers your daughter a double-meaning name, making it an especially precious title. It may both inspire your daughter to live in the moment and remind her of how much of a gift she is.

On top of this double meaning, since Dior is a unisex name, it works great for parents that don’t want a gender-specific name. In short, this name has class, flexibility, and meanings that allows parents to show their child love.

2018 was the most popular year for this name in the United States, popping up in the ranks seemingly overnight. Adalee is Germanic in origin, as well as a fun combination of the names Ada and Lee. This combination gives Adalee a special meaning: “God is my shelter.” For religious parents who want to gift their daughter with a spiritual name, Adalee could be a perfect fit that inspires their children to live a more virtuous life.

Of course, Adalee works well for parents who aren’t religiously affiliated, too. After all, this title has a unique feel and lovely sound. If you want something that sticks out from the crowd, Adalee can be a great choice.

Traditionally, Palmer has been a boy name, although it’s undergoing a transition to a unisex title. Now, it’s common for names to start as a single-gender moniker before transitioning to a unisex or even different-gendered one.

Palmer is English in origin, giving it a European flair that makes it somewhat unique from common American names. It means “Holy Land Pilgrim,” making it a great name for a family descended from pilgrims or simply those that enjoy older names.

Oaklynn went from a popularity ranking of #888 to #542 between 2017 to 2018, showing a rapid boost in popularity of this title. The alternative Oaklyn is even more popular, reaching the top 500 most popular girl names in the United States in 2018 alone.

This feminine name combines the name of a tree with the common name Lynn, and it originated in United States. Now, Oaklynn can mean “Oak Lake” since people often interpret Lynn to mean “lake.” So, Oaklynn is an earthy spin on an older name, giving it a wholesome, hearty feeling.

For nature lovers, this title is a perfect way to show that respect for Mother Earth. All in all, it’s a great choice for people that want to express their love of nature to their child.

Haisley reached its peak popularity in 2018, making its way into the top 800 baby girl names in the United States; it made its move from position #1108 to #765 in a single year alone.

Haisley is a variation of Hazley, which has Irish origins as a surname, or last name. Many parents like to use the nickname Haze or even Hazel along with this name. In fact, some parents may name their child Haisley just so that they can call her these cute nicknames.

The name itself means “hazel woods.” So, nature lovers have a lot to love here. Hazel also stands out as a beautiful color, which many parents may want to reflect that through this title. Whether it’s for the meaning, nicknames, or just beautiful sound, Haisley can be a great name to gift to your little one.

Keily also reached its peak popularity in 2018, making its way to #826 of most popular baby girl names in the US that year. By contrast, the previously popular Kiley wasn’t even in the top 1000 that year.

Keily is a variant of the name Kiley. This unisex name also has Irish origins, with an original—but still classic—feel to it.

Now, Keily means “graceful,” which some parents naturally want to associate with their kids. After all, being graceful shows refinement and beauty, which many parents want their daughters to have.

While perhaps a more “common” name than others on this list, Keily allows a child to have a common name with a different spelling; this spin allows the child to feel unique and special. On top of this twist, parents can use this name if they prefer a unisex moniker.

Despite its classic origins, Novah actually means “new”—making it a perfectly appropriate title for a newborn. Given its origins, flair, and meaning, Novah can be a great name for parents wanting to give their child a special title.

Yara technically has two origins: Arabic and Aboriginal. Because it has two origins, it also has two separate meanings, giving this title flexibility and complexity that many other names lack.

Now, the Arabic meaning translates to “small butterfly” while the Aboriginal word means “seagull.” Both of these translations associate the word with flying animals, creating a feeling of freedom and connection to nature. Since few names start with this letter, it can also add a unique flair to your special little one.

Ensley enjoyed its peak popularity in 2018, reaching rank #673 of the most popular baby girl names in the US despite not having reached the top 1000 at all from 2016 and earlier.

This title has English origins, although it was originally spelled as Emsley. So, this unisex title offers both a classic and unique feel.

Ensley translates to “from the elm wood.” This meaning therefore gives the name a connection to nature, making it feel like the child has a natural connection with the outdoors. It works great for parents that love Mother Earth and want to share that love with their child.

Each of these names rose in popularity recently, and when you consider their meanings and origins, it makes sense. After all, people want their children to have unique names, as it allows their child to feel as special as they are.

Besides the sounds and spellings, each of these monikers has a meaning that allows plentiful expressions of love towards a child. So, those looking for names that are simultaneously classic-sounding yet unique and meaningful can find a lot to love in these ten titles.