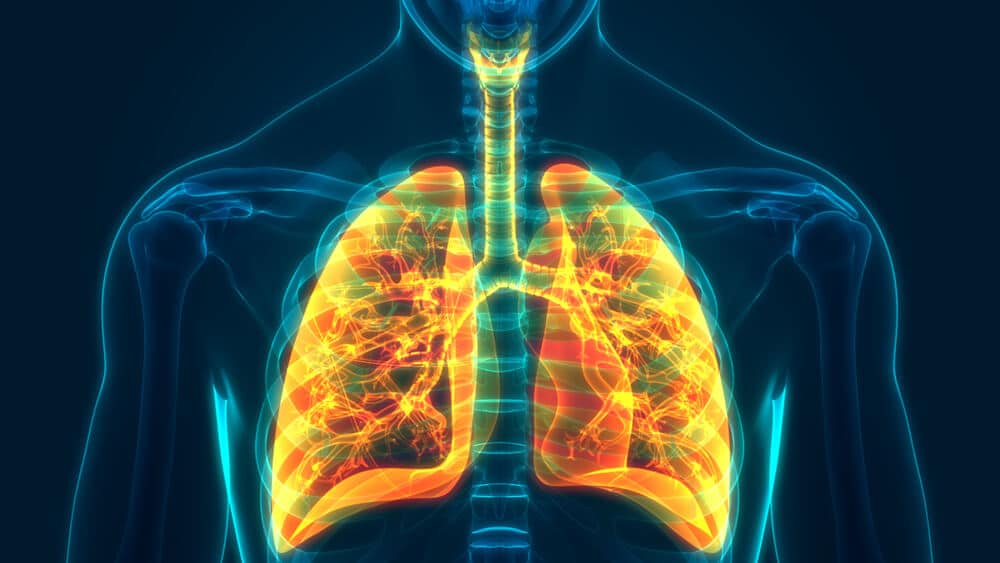 Chronic obstructive pulmonary disease, also known as COPD, is actually a group of different diseases rather than a single disease itself. Chronic bronchitis and emphysema are two of the most common diseases involved in COPD. There are roughly 251 million cases of COPD worldwide, meaning it benefits everyone to know about this condition.

Because COPD is actually a group of related diseases, there are many individual causes and risk factors for it. These factors include everything from your career to how you prepare your meals. Let’s take a closer look at 10 of the most common causes of COPD…

Pollution isn’t just bad for the environment or animals; it’s also a serious health threat for humans. Living in an area with heavily polluted air contributes to worse outcomes for people with preexisting COPD and a higher chance of developing this condition in the first place.

Breathing heavily polluted air is akin to smoking: your body takes in harmful, toxic compounds. This activity can aggravate COPD or cause this condition to develop over time. Living near factories, coal power plants, and other sources of pollution can contribute to this risk.

What’s even worse than polluted air is the following…

Smoking is one of the most potent risk factors for COPD. And, the longer a person smokes, the greater the odds of developing this condition become.

Smoking leads to several lung-related health problems, such as lung cancer and emphysema. Further, smoking can aggravate preexisting lung problems that in turn lead to a case of COPD to develop over time.

Believe it or not, smoking is closely related to the following COPD risk…

It may be surprising, but the answer to this puzzle is also smoking. Namely, since smoking is almost twice as common amongst men as it is in women, their COPD risk is also doubled.

Of course, sometimes risk factors are beyond our control…

It’s no secret that our health becomes harder to manage as we age; COPD risk is no exception. At advanced ages, our bodies start to have a harder time fighting off the chronic respiratory conditions that form COPD. Further, advanced age also means you have been exposed to environmental COPD risk factors for a longer period of time.

There are two primary reasons why having certain medical conditions increases the odds of developing COPD. For starters, when your body has to manage one medical problem, it loses the ability to manage others as effectively. Additionally, certain conditions like bronchitis can turn into COPD over time.

You may not realize it, but the job you do every day could be increasing your risk of COPD dramatically. After all, certain jobs have been associated with much higher risks for COPD than other lines of work.

People who work in processing plants, for example, are at a much higher risk for COPD than those working in a well-ventilated office. Why? Because these careers expose you to higher levels of airborne debris and chemicals, both of which increase your COPD risk. This fact is just another reason why a safe workplace that offers the right personal protective equipment is vital for your safety.

Even when you head home, you could still be exposed to COPD risk factors…

Cooking healthy meals can lead to better health outcomes, but how you cook can also affect your health. It all comes down to the air quality in your kitchen.

If you’ve ever left a pan of oil on the heat too long, you’ll know what we’re talking about. That thick cloud of clear smoke in the air is more than just a bad smell; it’s also slightly toxic. Over time, this kind of exposure can lead to COPD. It’s therefore important to learn the right way to handle your kitchen to avoid exposing yourself to harmful vapors.

Your home has other possible sources for increased COPD risk…

Radon is a noble gas formed by the radioactive decay of radium. This naturally occurring substance sometimes rises up from rock deposits until it reaches the surface. If radon builds up in your home, you could face health problems.

COPD risk goes up after prolonged exposure to radon. While lung cancer is the most well established consequence of long-term exposure to radon, COPD is another risk. If you are concerned about your radon exposure, you can purchase a radon detector. This gas usually builds up in confined spaces like basements, attics, and enclosed rooms.

One of the largest contributors to COPD is the following…

Smoking is such a high risk factor for COPD it appears on this list twice. Secondhand smoke is the smoke you breathe in simply by being near someone who is smoking. Over time, this exposure can build up your risk for COPD just like smoking does. After all, secondhand smoke exposes you to the same toxic substances as the smoker.