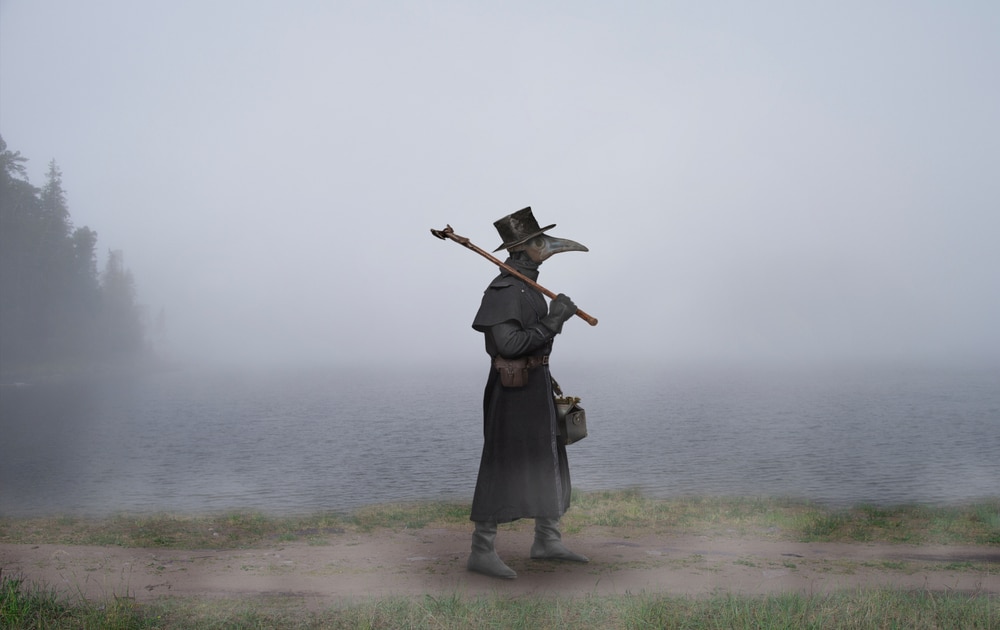 With the world currently experiencing the scourge of the COVID-19 pandemic, one can’t help but recall the Black Death, the plague that caused severe an epidemic all over Europe in the Middle Ages.

The plague is classified into three types:

The plague still exists today, but while it’s more treatable now than ever before, you should still be aware of its symptoms…

Buboes are considered the primary symptom of the plague. They are the swollen lymph nodes found in the groin, armpit, or neck areas and are about the size of an egg. They are usually tender and painful to the touch.

It’ll keep you bound to your bed…

Within three to six days after getting infected with the plague, the patient begins to experience a sudden onset of a fever paired with occasional chills. These fevers usually range from 101.3 to 104ºF or even higher in some cases.

This next symptom shouldn’t come as a surprise…

If fatigue wasn’t bad enough, this next symptom comes along, too…

A patient infected with any type of the plague usually suffers mild to extreme pain all over the body. This can include headaches, chest pains, and muscle pains. Body pain, along with a high fever and extreme fatigue, can leave patients confined to their beds while they are sick.

Symptoms of the plague can brew a storm in your insides, too…

Gastrointestinal issues like severe abdominal pain, nausea, vomiting, and diarrhea happen more frequently among patients who suffer from either the septicemic and pneumonic plagues.

Here’s where it starts to get serious, though…

The septicemic plague can cause small blood clots to form throughout the body. This can leave the blood to bleed directly under the skin. Bleeding also usually occurs from the mouth, nose, rectum, and other organs.

And, the plague often leads to this next symptom…

People afflicted with the plague are also in danger of experiencing a shock. When shock occurs, the blood pressure drops, and the body becomes weak, dizzy, and cold. This symptom is often life-threatening, so it’s critical to seek medical attention right away.

Ever wondered why they call it the “Black Death”? This next symptom explains why…

This symptom gives the septicemic plague its infamous epithet. Gangrene occurs when blood clots impede blood flow to the extremities, causing the tissues there to die, and as a result, the fingers, toes, and nose blacken.

But, it’s not only the septicemic plague that can cause bleeding…

Aside from rapidly developing pneumonia, hemoptysis, or coughing with bloody sputum, is the prominent symptom of the pneumonic plague. This type of plague is spread by inhaling an infected patient’s cough droplets.

Given the nature of this type of plague, one should expect the following…

Because of the pneumonic nature of this type of plague, patients tend to experience breathing difficulties now and then. In extreme cases, it can even lead to life-threatening respiratory failure.