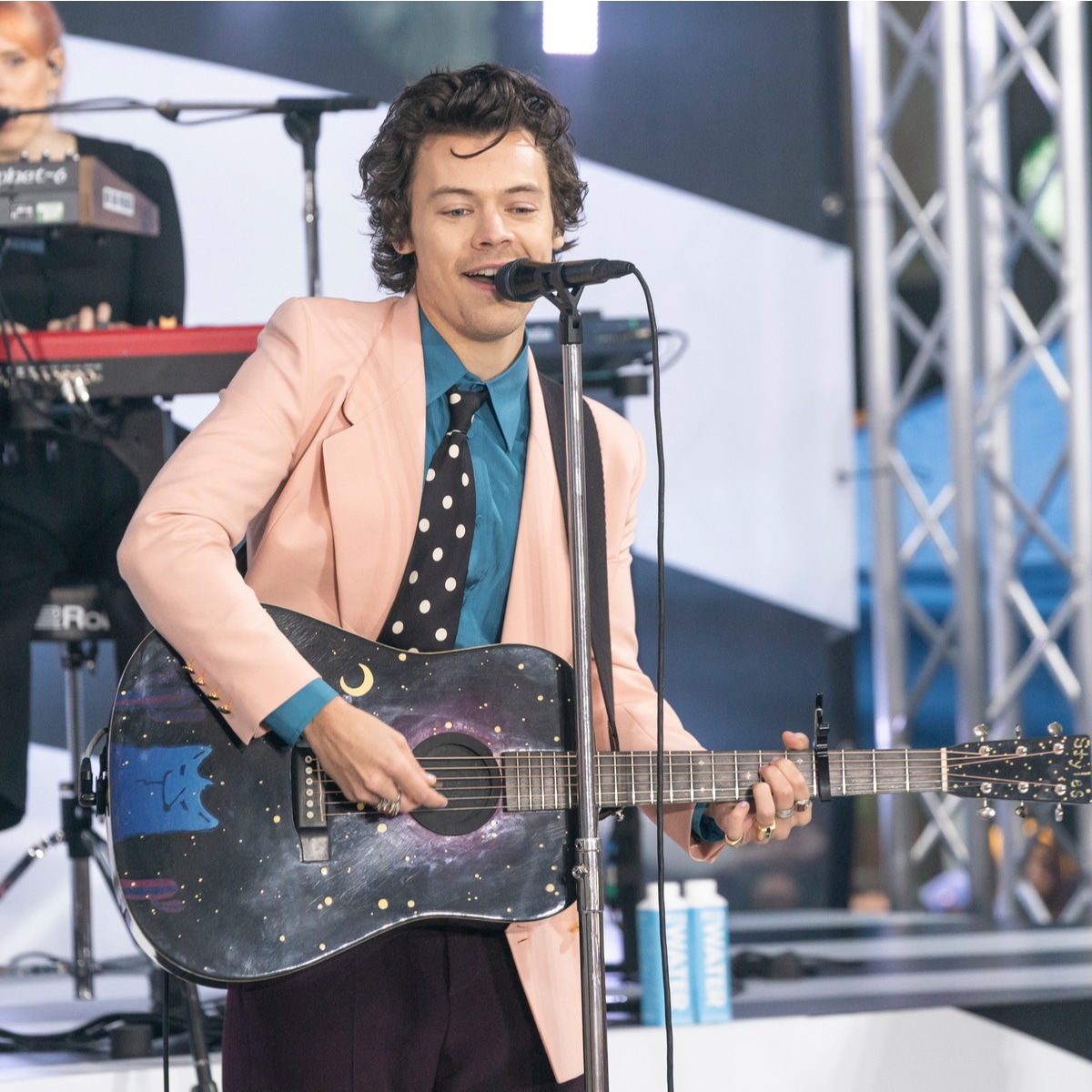 If you’re familiar with One Direction, you’d know that they’re one of the most popular boy bands in recent history. With the group’s time in the spotlight for nearly 6 years, boy band member Harry Styles has catapulted into the spotlight, resulting in his recent success as a solo artist.

While the English singer-songwriter may be booming with popularity, there are quite a few facts about him that may surprise even his biggest fans. Read on to learn 10 little-known facts about one of the world’s biggest stars…

1. He was once a member of a pop-punk ban called White Eskimo.

While you may know Harry Styles from his days in One Direction, this wasn’t the first band he’s been in. In fact, long before his day in the popular group, Styles was the lead singer in a pop-punk band called White Eskimo.

Styles joined the band in high school and the band could be seen in performances at school talent shows and even a wedding. While the band might’ve not taken off like One Direction had, it still was a great foundation for Styles to pursue his love for music.

Starting at just 18 years-old, Harry Styles got his first tattoo while travelling the world with One Direction. This tattoo features a star on the inside of his bicep, which began as an outline and was later filled in. Since then, Styles has acquired 56 tattoos in just 8 years, including a skeleton in a suit, a rose, an eagle, a coat hanger, and many more.

Harry Styles is obviously talented at singing and songwriting, but he also has experience acting, making him quite the triple threat. Styles can be seen in Saturday Night Live, Dunkirk, a Pepsi Commercial, and even in an episode of iCarly. Styles isn’t done with acting yet, as he’s signed on to star in an upcoming film, Booksmart.

4. He has written songs for other popular artists.

Harry Styles has written numerous songs for One Direction including Olivia, Stockholm Syndrome, If I Could Fly, Night Changes, and several more. Besides his contributions to the boy band, he’s also written songs for other popular artists including Ariana Grande and Meghan Trainor.

Songs that are written by Harry Styles include “Changes” for Cam, “Just a Little Bit of Your Heart” for Ariana Grande, “I Love You” for Alex and Sierra, and he co-wrote the song “Someday” with Meghan Trainor.

Iconic people tend to hangout with other iconic people, which makes sense for the friendship between Harry Styles and Stevie Nicks. Stevie Nicks, a singer-songwriter and vocalist of Fleetwood Mac, has referred to Styles as her “adopted son,” as the two have grown close throughout the years.

In Styles paid tribute to Nicks at a ceremony for her second induction to the Rock & Roll Hall of Fame, saying, “She is the family member that you can always count on. I hope she knows what she means to us, what she means to yet another generation of artists who look to her for inspiration and trailblazing courage.”

When Styles makes an appearance on any red carpet, it’s likely that he’ll be sporting some sort of Gucci-branded clothing. The star has such a strong love for the brand that they actually took him on to star in one of their campaigns in 2018. This specific campaign took place in North London and features 1970s-inspired fashion.

While this might seem like an odd, irrelevant fact about Harry Styles, it actually spread like wildfire once it hit the internet. According to Styles, he thinks that he must’ve been a twin, but once it went away, it left its nipples behind.

8. He took “a lot” of magic mushrooms while working on his most recent album.

In his interview with Rolling Stones, Styles admitted that he used the powers of magic mushrooms to spark some inspiration while working on his album “Fine Line.”

“We’d do mushrooms, lie down on the grass, and listen to Paul McCartney’s Ram in the sunshine,” he says. “We’d just turn the speakers into the yard,” said Styles.

It seems that psychedelics has played a key role in his creative process, but it definitely paid off as his most recent album was named the third-biggest album in 2019.

While Harry Styles often remains booked and busy, he took the opportunity to hand-deliver pizzas to the homeless during a rare off day. With $3,000 worth of pizza in hand and a lot of love in his heart, Styles used his fame and fortune for good during his free time.

10. He worked at a bakery before fame.

harry styles comes from humble beginnings in his hometown of Holmes Chapel in Cheshire. Once his career skyrocketed, Styles hadn’t forgot about the bakery, as he went back to work for one day. The star threw on his apron and went to work for a day, picking right back up where he left off.