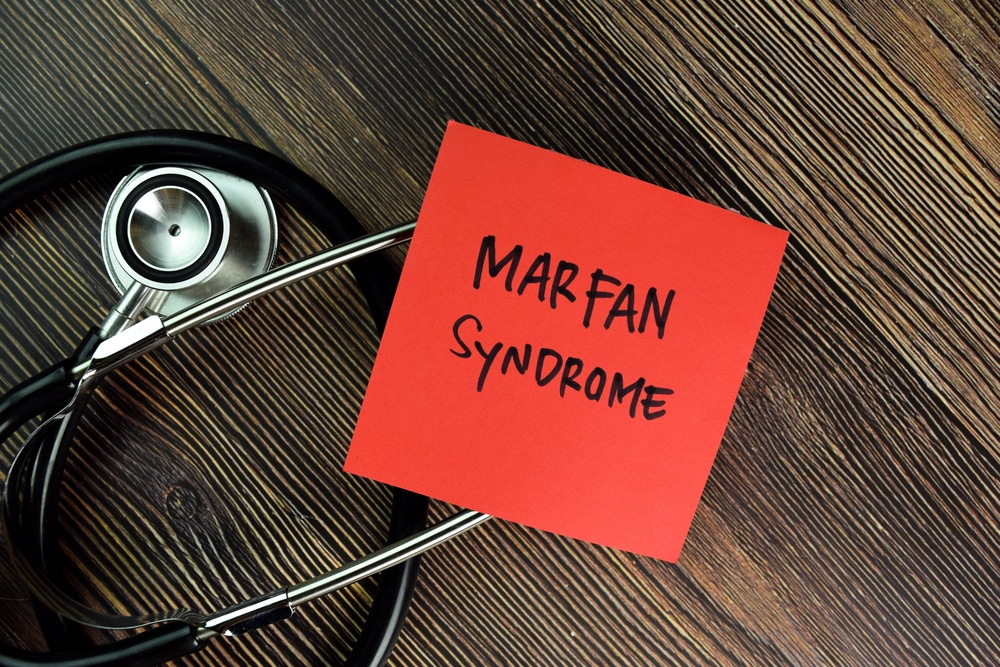 Marfan syndrome is a hereditary condition that causes problems for the body’s connective tissues, putting someone at risk of many diseases. It’s a defect that affects about 1 in 5,000 people worldwide.

It’s not that hard to see the effects of Marfan syndrome on an individual, either.

Having a tall and slender build is a prized beauty standard for many people, but it’s also a common symptom of Marfan syndrome. Specifically, people with Marfan’s are usually extremely tall and thin with long limbs. Some children who have Marfan’s could even grow up to 6 feet tall!

But being tall and slender isn’t the only symptom of this syndrome.

In some cases, children who suffer from Marfan’s likewise have scoliosis, which is marked by a curvature of the spine. This occurs due to the loosening of the spinal ligaments, which often leaves the vertebrae unsecured.

Poise and gracefulness are going to be harder to achieve with this symptom, as the next symptom shows.

Aside from an unusually tall build, people with Marfan’s also sport long arms, legs, and fingers that are disproportionate with the rest of the body. Both of these are a result of excess bone growths by defects in the fibrillin-1 gene.

But it doesn’t stop with the limbs…

A person born with Marfan’s also has a sternum/breastbone that protrudes outward or is dented inward. These instances result from the excessive elongation or growth of the costal cartilage, which connects the ribs and breastbone.

Marfan’s can also affect your mouth.

Most people with Marfan syndrome are born with long faces, narrow jaws, and a high-arched palate (roof of the mouth). These usually end up with the teeth being crowded and misaligned inside the mouth.

But the teeth problems don’t stop there…

Teeth crowding is another Marfan syndrome symptom, and it can make it harder to clean teeth. As a result, some patients tend to suffer frequent bouts of gingivitis and have a higher risk of tooth decay due to oral bacteria spreading faster.

Marfan’s won’t be giving your heart a break, either…

About 90% of people with Marfan’s syndrome suffer from severe cardiovascular problems like mitral valve prolapse. While it has caused a staggering number of premature deaths, avoiding such a risk has lowered thanks to developments in treatments and understanding its effects on the body.

With the heart affected, the following also starts to weaken…

Marfan’s can cause the blood vessels to start weakening and dilating. With this comes an increased chance of ruptures and aortic aneurysms, which can be life-threatening if not immediately attended to.

Most of the time, you tend to lose sight of the whole picture, like with this next symptom…

Extreme nearsightedness (myopia) and astigmatism are common problems for people with Marfan’s syndrome and risk other conditions like retinal detachment or glaucoma. Either way, they all have to wear eyeglasses to get around.

Walking can also be extremely complicated…

Flatfoot is a condition where one or both feet have no visible arch because the ligaments supporting the foot’s arch become loose. Leg cramps, aching, and toe drifts also occur from time to time.