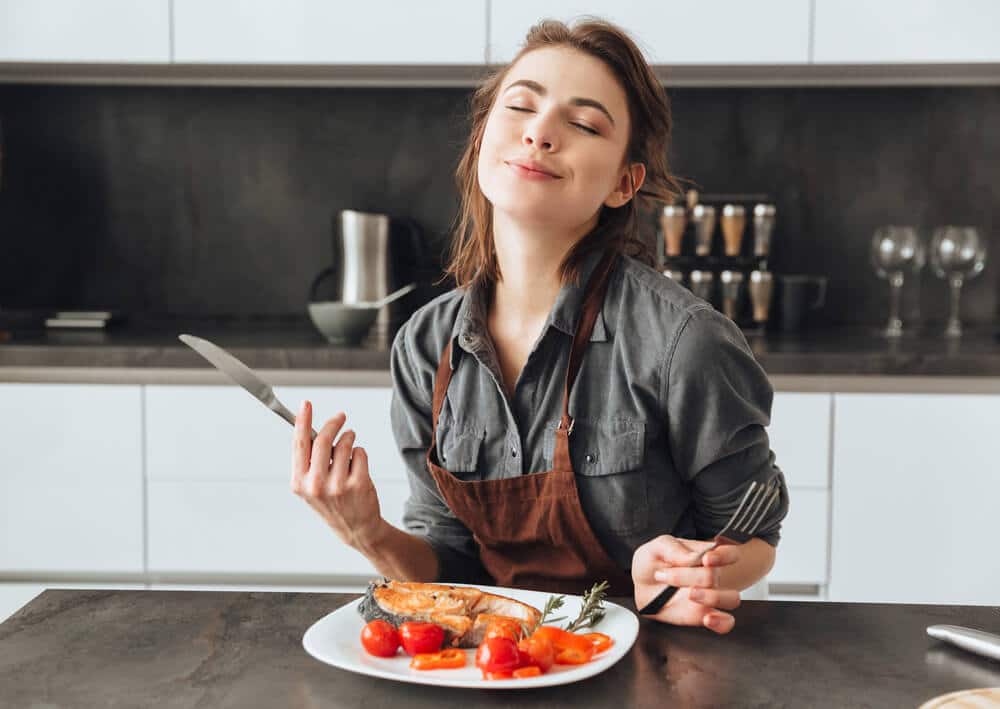 Irritable bowel syndrome (IBS) is a gastrointestinal medical condition in which a person suffers from persistent diarrhea and other digestive issues. For people with IBS, finding foods that bode well with their stomachs can be difficult, which is why we’ve rounded up 10 easy, IBS-friendly meals to try.

One of the best ways to manage IBS is by eating the right foods. So, keep reading to learn how to make 10 mouth-watering recipes you can enjoy with this condition…

This recipe does not contain any dairy, nuts, gluten, eggs, soy, or sodium. So, get ready to cook up a yummy dish for your next dinner!

Looking for a tasty recipe to help with digestion? In this omelette, the dill helps with digestion, which is a great benefit for people suffering from IBS. Plus, you only need a couple of things to make it.

For some people, a hearty chowder is a favorite meal option. In this recipe, the insoluble fiber breaks down for easier digestion. Potatoes and flour also help stabilize bowel movements, so this is a great choice for people suffering from IBS.

Mushrooms are a safe, soluble fiber and make for a great option for people with IBS. This recipe is an amped-up take on a traditional bruschetta, and it’s perfect for entertaining guests or enjoying as a simple appetizer.

For seafood lovers, this recipe is a delicious option. Paired with a creamy, flavorful sauce, the shrimp topped on a slide of French bread makes for a tasty appetizer or meal.

Step 1: Sift flour, baking powder, baking soda, and salt together in a large bowl. Thoroughly mix with a metal whisk.

Step 2: Place egg whites, brown sugar, bananas, canola oil, and vanilla in a bowl and mix until creamy while using an electric mixer.

Step 3: Mix the dry and wet ingredients together by hand until smooth.

Step 5: Bake at 350 degrees F for 50 to 60 minutes until a toothpick inserted in the middle comes out clean.

This recipe is healthy, contains no additives, and uses paleo ingredients, all of which are perfect benefits for IBS sufferers. This recipe takes a little more time to prepare compared to some of the other options on this list, but it’s guaranteed to taste better than your average takeout dish!

Looking for a dish to serve at your next party? This recipe is gluten-free and low in fat, two benefits perfect for people with IBS. Plus, it makes for a full meal, so you can cook it knowing you’ll be full after eating it!

Skillet recipes are simple, tasty and easy to make. That’s why we’ve included this tasty recipe in our list. Plus, you can cater this recipe to your personal preferences by adding or subtracting any ingredients you want.

This recipe is good for the immune system, offers natural energy fast, raises HDL, or good cholesterol, and improves absorption and digestion of minerals, vitamins, and nutrients. Even better, it’s fairly easy to make.