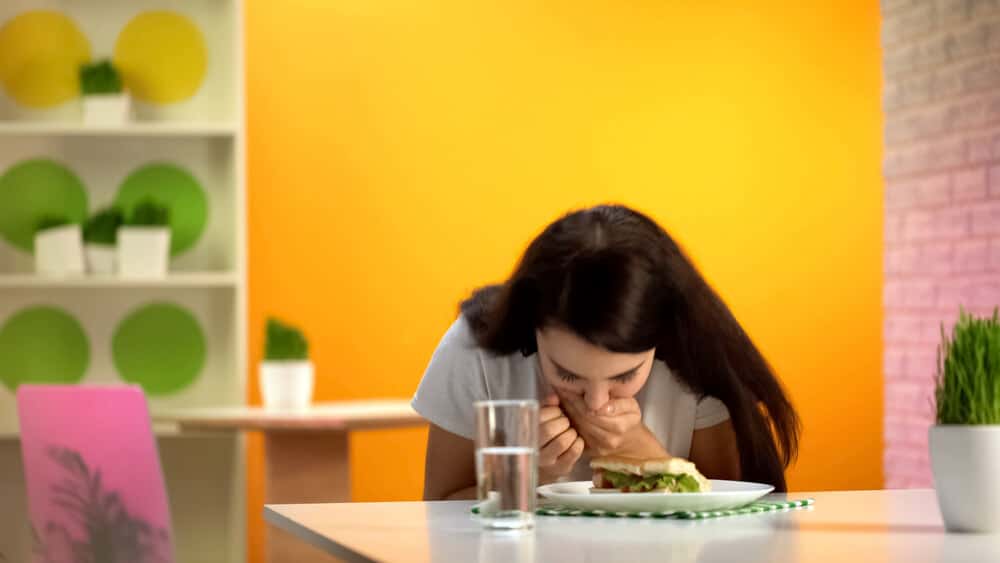 More than 3 million people in the United States suffer from foodborne illnesses, or food poisoning, every single year.

Food poisoning is no joke and sometimes requires emergency medical attention. In order to receive help though, someone first has to recognize that something is wrong in the first place.

So, what are the signs and symptoms of food poisoning? The following might be the most obvious symptom of them all…

Experiencing an upset stomach is the most common symptom of food poisoning.Tainted food can cause an upset stomach as quickly as one hour after eating. Conversely, it can generate upset as much as 10 days later.

True food poisoning is caused by bacterial and viral infections that enter the body via contaminated food.

Stomach cramps can be one of the most debilitating symptoms of food poisoning and other disorders.

Clearly, cramping alone doesn’t necessarily indicate food poisoning. When paired with other foodborne illness symptoms though, it creates a stronger case that food poisoning is to blame for any discomfort.

The key to determining if food poisoning is to blame? Assessing the severity of the cramps.

The following? It’s one of the most common symptoms of food poisoning, and for good reason…

Nausea can often be caused by psychological triggers like an unappetizing smell. Gas and flatulence often indicate that the stomach is upset by a food pathogen, and nausea often precedes vomiting and other consequences of gastric distress like diarrhea.

As with the previously listed symptoms, nausea alone is not enough to warrant a food poisoning diagnosis. When you also experience vomiting, chest pain, cramps, or other signs of gastric discomfort, food poisoning may be the cause.

Nausea might not come alone; in fact, it’s often accompanied by the following volatile symptom…

In the case of food poisoning, vomiting is the body’s way of trying to get rid of what’s making it sick—the contaminated food and bacteria/virus it carried.

Diarrhea, nausea, and vomiting that persists for 3 days or more are strong indications of severe food poisoning; in this case, seek medical help right away.

The following symptom of food poisoning? It’s one of the most unpleasant…

Food poisoning can lead to troubles in various parts of the body. One unfortunate side effect of foodborne illnesses is often diarrhea or other kinds of gastrointestinal distress.

If you suspect that your diarrhea is from food poisoning, ask yourself the following questions:

Most food poisoning symptoms clear up within a few days. If they don’t or they become severe, however, it’s time to seek medical attention.

What is food poisoning like, aside from stomach-related issues? The following indicates even more symptoms…

Fevers, chills, and sweating are all indicators that the body is fighting off an illness. Unfortunately, these symptoms can worsen rapidly, which indicates a severe infection.

Most cases of food poisoning don’t generate symptoms immediately after eating contaminated food. That means breaking out in a sweat suddenly is a signal that something’s wrong. You might then develop a fever overnight or experience alternating periods of chills and fever.

High-grade fevers need to be taken seriously, and they require medical attention. However, making it out to the ER might be difficult if the following symptoms emerge…

Weakness and fatigue are common symptoms of food poisoning as well as a host of other infections.

You can see a doctor at the first sign of food poisoning, but most people don’t visit the doctor for every ache and pain. If your weakness and fatigue persist, it could be a sign of a serious underlying medical condition. So, if weakness and extreme tiredness just don’t seem to go away, it’s time to schedule an appointment with your doctor.

Food poisoning can cause a complete lack of interest in food and loss of appetite. Why, though? For some people, food simply becomes unappealing if they are too nauseous or experience vomiting. For others, it might be the case that the body releases hormonal signals that suppress appetite. This way, you won’t introduce any other potentially dangerous foods to the system as your body fights the infection.

If your appetite loss is accompanied by other symptoms of food poisoning or risk factors based on recent eating habits, you might be suffering from food poisoning. If these symptoms don’t go away in a few days, you should seek medical treatment no matter what you suspect the cause is.

The following can be lethal in extreme cases…

Dehydration is a common symptom of food poisoning. It’s also one of the most dangerous.

In short, the recovery process requires lots of fluids—more than usual, in fact. However, illnesses accompanied by sweating, diarrhea, and vomiting mean lots of fluids exit the body rapidly, which can quickly lead to severe dehydration.

Symptoms of dehydration include:

There are lots of possible causes of dehydration other than food poisoning, but dehydration is a serious symptom in all cases.

Despite the fact that you probably aren’t moving around much while fighting off an illness, the following can still develop…

Muscle aches and pains are common symptoms of food poisoning, even if you don’t move around much while you’re recovering.

When you develop food poisoning, your body knows that there is an infection causing a problem. Your immune system therefore activates to fight off the infection. As a result, your body produces histamine to dilate blood vessels, which makes it easier for white blood cells and certain proteins to travel to where the infection is. There, they will fight the foreign invader (bacteria or virus causing the illness).

So, even if you’re resting, all of this internal activity and changes in body chemicals can cause muscular aches and pains.

What should someone battling a potential case of food poisoning know most of all?…

Food poisoning generates symptoms that are similar to hundreds of health issues and disorders. Most people recover on their own, and they often attribute their problems to something like the stomach flu. Whatever the cause, severe symptoms are reasons to see your doctor.

And foodborne illnesses can result in severe symptoms.

Why Does Food Poisoning Occur & How Can It Be Prevented?

In short, preventing food contamination from occurring in the first place is the single best way to reduce the risk of food poisoning.

What treatment options are available?

Many people recover from food poisoning on their own with only minor discomfort. The recovery process can be sped up by replacing lost fluids and electrolytes, which help prevent dehydration.

It’s important to contact your doctor if your symptoms are persistent and/or severe. Specific treatment, over-the-counter medications, and medical intervention will vary based on the symptoms and their severity.