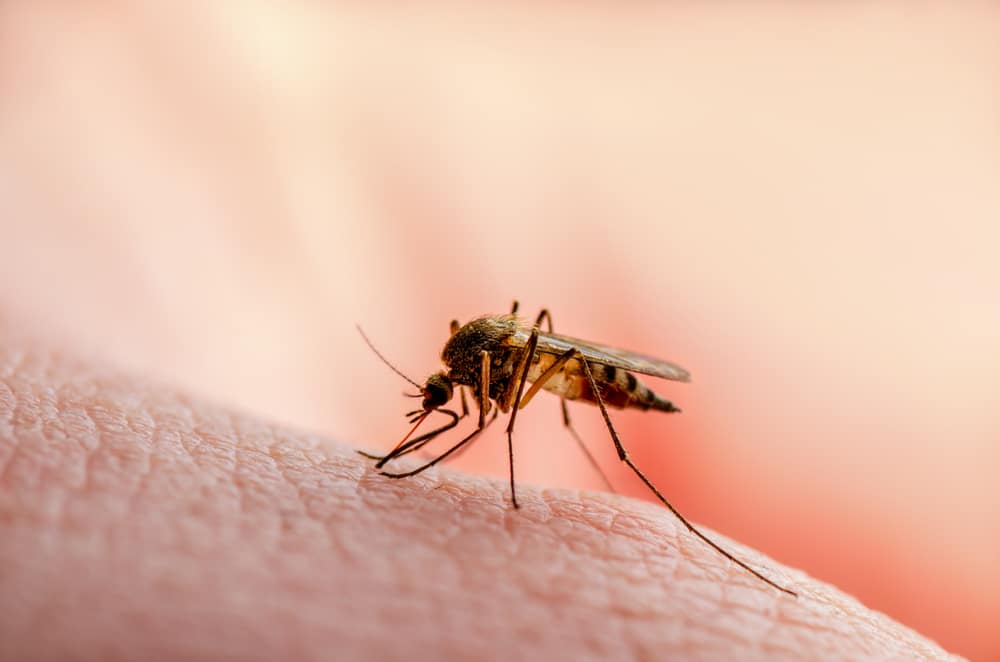 Malaria is a potentially life-threatening disease caused by parasite bites, particularly that of mosquitoes. According to the World Health Organization (WHO), in 2019 alone, 229 million people worldwide got infected by malaria, making it a serious health concern. Those who live in tropical countries are particularly affected by it.

The following malaria symptoms are critical to look out for, and they can help you stay safe, too.

Malaria starts with flu-like symptoms, including high fevers. These fevers can also be intermittent, meaning they can occur every 48 hours, or another time increment, depending on the type of malaria infection that is present. High fevers can be extremely dangerous and lead to other severe symptoms.

Unlike the heat of a fever, this next symptom can make you feel extremely cold.

Aside from bouts of fever, some patients who suffer from malaria also experience shaking and chills, due to the presence of a substance called hemozoin. Hemozoin is a result of parasites attacking and feeding on red blood cells. These symptoms can feel extremely uncomfortable, but they usually indicate that your body is responding the the infection.

Malaria can also cause the following symptom, which is also rather painful.

You might not notice it, but experiencing frequent headaches is also considered one of the primary symptoms of malaria. Some patients describe these headaches as lasting through the entire day. They also can be described as a painful, throbbing sensation that comes and goes.

Nausea usually comes hand-in-hand with fevers and headaches, and it often results in vomiting. According to the Centers for Disease Control and Prevention (CDC), vomiting usually occurs in the “hot stage” of malaria, when the patient experiences a fever and headaches.

Along with nausea and vomiting, this next symptom is a typical companion.

Gastrointestinal problems are common with malaria, but diarrhea, for example, only happens to some patients. While its cause is yet to be determined, the parasite probably affects the intestines and causes them to get inflamed.

A different kind of pain could await you, too, including the following…

In the lower part, abdominal pain is common among patients with Plasmodium falciparum malaria, usually with other GI problems. If it becomes persistent and increasingly painful, it could indicate other serious problems.

Patients with falciparum malaria and those in their advanced stages are prone to getting jaundice, which makes their skin and sclera (white part of the eye) turn yellow. This is either due to disseminated intravascular coagulation or intravascular hemolysis.

Moving about will be more complicated than ever, too.

In the advanced stages of malaria, the parasite begins to affect the skeletal and cardiac muscles and hastens the deterioration of proteins that sustain them. This could eventually lead to muscle pain, weakness, joint pain, and even further damage.

The following also keeps you knocked down for a while…

Aside from the nervous system, the respiratory system also suffers from the effects of malaria. Patients usually have breathing difficulties due to pulmonary edema or a fluid buildup in the lungs. Others, however, have a high respiratory rate.

One dysfunction to another can only lead to more symptoms, like the following…

Severe malaria can also harm the renal system and result in complications like acute kidney injury (AKI). Those who suffer from Plasmodium falciparum infection tend to suffer acute kidney failure at some point in the condition.