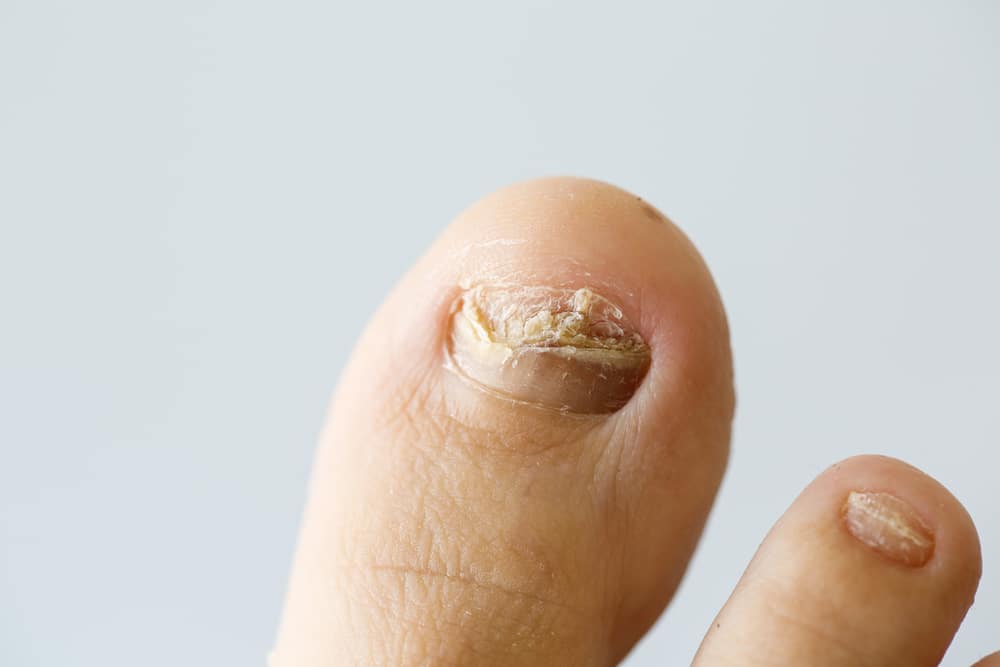 Nail fungus is a condition that starts as white or yellowish spots on the tips of either the fingernails or the toenails, eventually causing unsightly thickening, discoloration, and crumbling. About up to 12% of Americans suffer from nail fungus at some point in their life.

The following factors could increase your risk of getting one…

Contrary to the adage, age isn’t just a number. While anyone can get nail fungus, people over 60 become more prone to it since the nails become drier, more brittle, and cracked through age, allowing fungi to seep through.

But not all moisture helps…

Having sweaty feet is normal, but if it’s sweating more than usual, it could be a breeding ground for a potential toenail fungal infection. To make things worse, having toenail fungus makes foot odor reek even more than before.

If you have a track record of something, expect some reruns…

Walking on bare feet may be more comfortable and even have some benefits, but it’s not always the case. Going barefoot, especially in incredibly humid, wet public places where bacteria breed faster, making it spread more quickly from one person to another.

Speaking of wet and humid…

While swimming doesn’t cause toenail fungus, heading to the locker room (where it’s damp and humid) without properly wiping your feet increases the risk of future infections. Runners also tend to suffer the same issue.

But what makes runners get funky feet?

Wearing tight shoes and thick socks make the feet sweat more, allowing the fungus to grow inside. Those who wear closed-toe shoes, on the other hand, may suffer trauma on their nails, weakening them and making them prone to infections.

Be wary of places where the sun doesn’t shine…

Putting on nail polish to give your nails that fabulous shine might not always be the best choice. Certain kinds of nail polish are thicker and heavier, which tend to block out light, allowing the toenail fungus to grow and spread further.

Think before you decide to put this on again…

Like thick socks and tight shoes, pantyhose also makes the feet prone to sweating more. Those made from nylon, in particular, do not absorb sweat, providing a convenient breeding ground for nail fungus to grow.

Watch out for what goes on on your skin…

The nails and the skin are closely related, so if you are suffering from a skin condition like psoriasis, the chances are likely that it will spread and affect the nails. However, such incidences are fortunately rare.

Suffering from chronic medical conditions like diabetes, poor blood circulation, HIV/AIDS, and a generally weakened immune system may put you at risk of nail fungus infections since these strain blood flow to your nails.