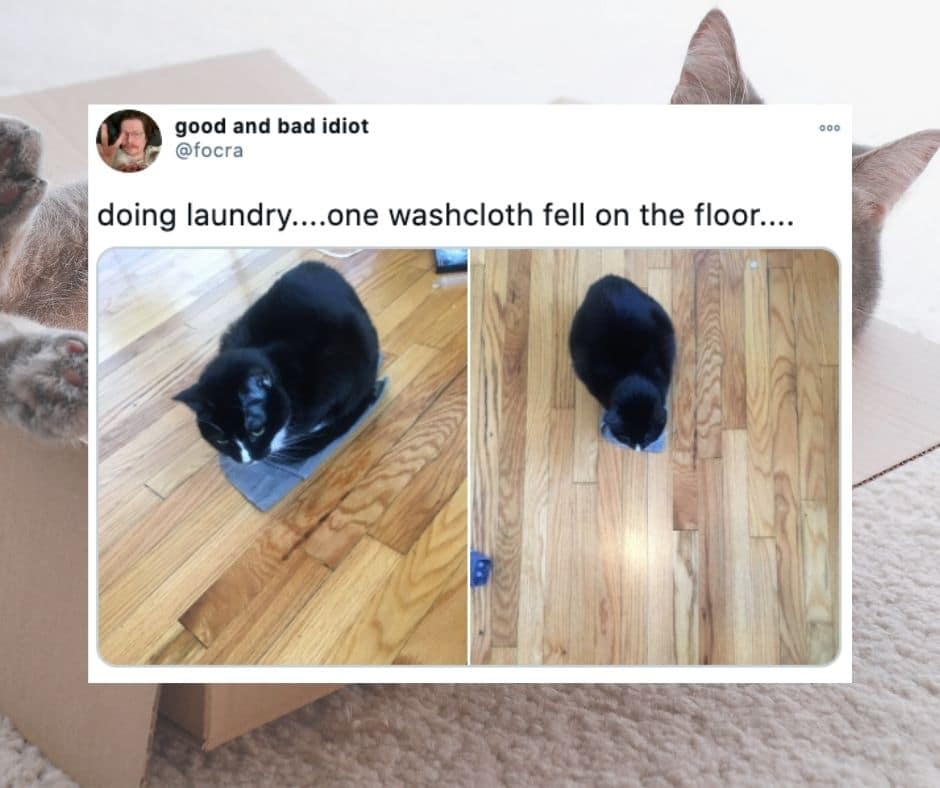 If you’re a cat lover, you’d know that there are both pros and cons to living with your feline friend. From their 3 a.m. zoomies to their sweet snuggles, being a cat owner means embracing everything about your fur baby. Check out 10 of these hilariously relatable tweets that are sure to make your day.

I guess we know who wears the pants in the relationship.

she’s been screaming at these water droplets for 3 fucking minutes get out of the shower you tiny moron pic.twitter.com/rEw8V6SLCw

In her defense, water droplets can be pretty scary.

3. A valid excuse to stop cleaning.

Making the bed with these guys….🙄😹 #LifeWithCats pic.twitter.com/m2jznQNShC

Joining them for an afternoon nap wouldn’t be the worst thing to do.

Gave my cat some catnip and he’s been laying like this for 2 hours pic.twitter.com/wZsG7qIXzR

He’s having a moment.

my cat figured out how the fridge works and now he’s turnt on fresh, crisp water pic.twitter.com/t9LfWwhbwh

At least you don’t have to turn the faucet on for them now.

ME: okay guys I bought a $100 cat tree and multiple beds just for you
CATS: pic.twitter.com/VVTBwiY6tj

At this point, you might as well just save your money.

10. You can make anything a bed if you try hard enough.