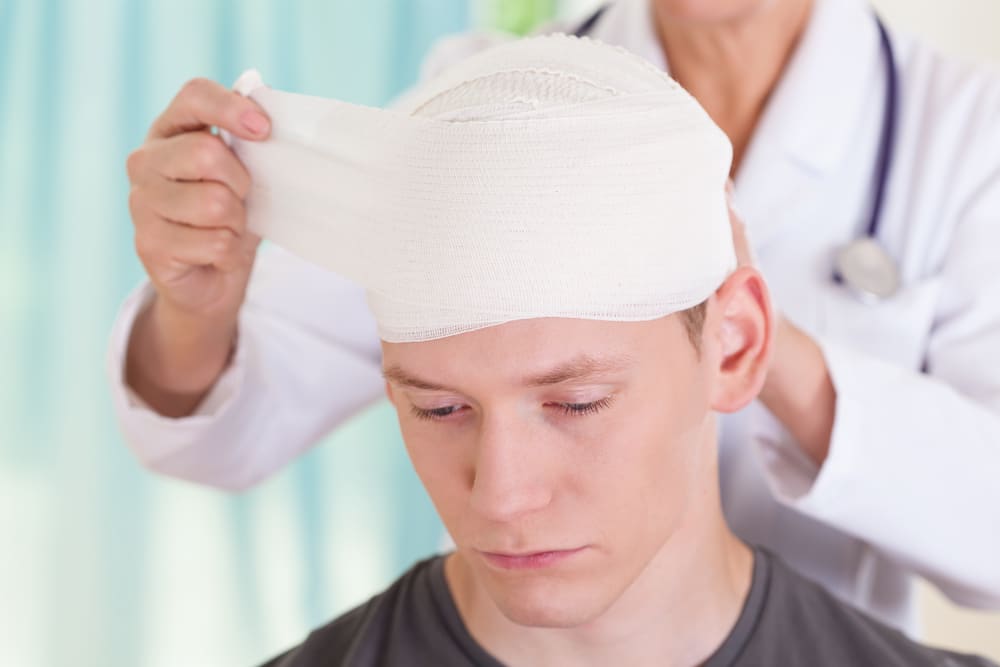 A concussion is a traumatic brain injury (TBI) caused by the head being hit, struck against a hard surface, or sudden movement that may “rattle” the brain. Naturally, it affects a person’s brain function, causing physical and mental problems.

While these symptoms might not be life-threatening, it still pays to keep a close eye on them…

A headache caused by a concussion is a lot more painful, usually described as a ‘pounding’ or ‘throbbing’ pain, almost like that of a migraine. The pain is generally felt in the temple (forehead) area and may last for weeks and months, depending on the severity.

Does that sound “ring” a bell for you?

Traumatic brain injuries usually cause persistent tinnitus or ringing in the ears, either on one or both ears. Other times, people also experience temporary hearing loss due to the impact of the concussion on the cochlea (inner ear).

Getting knocked in the head might send you hurling…

Nauseousness is also a common symptom of concussions, leaving the patients in a constant state of lightheadedness. Some people also tend to vomit right after getting a concussion and occasionally days and weeks after the injury.

Diplopia or blurry/doubled vision happens in many concussions due to the impact on the muscles and nerves surrounding the eye. These usually last for weeks following the injury.

Your gracefulness leaves much to be desired…

Concussions also affect physical coordination, leaving many patients unable to stand, walk, or move without stumbling. Patients also become clumsy in the process, unable to grasp objects properly or to knock things down.

It’ll leave you drained too…

Frequent fatigue is a long-lasting effect of concussions, lasting for up to three months after the injury. Multiple factors could cause this, like a hormonal imbalance triggered by the injury or possibly due to its other symptoms.

Sometimes it just knocks you out on the spot…

While not a regular occurrence, a person who suffers a more severe concussion may lose consciousness after the injury or sometimes even days after. Some cases even report the loss of consciousness lasting up to 30 minutes.

But it’s not only the body that gets knocked out…

Memory loss is a usual symptom of head injuries, with patients not able to recall events before and after the concussion and even having trouble remembering things long after. These episodes may continue happening for at least seven days.

In some cases, it becomes worse than that…

Severe cases of concussions can impair a patient’s cognitive functions like paying attention, concentration, following directions/instructions, learning, and holding conversations, leaving them in a state of mental confusion.

A concussion might cause a shift in someone’s mood, behavior, or personality. This can range from overreactions, crying, laughing spontaneously, irritability, violent outbursts, and developing mental health issues.