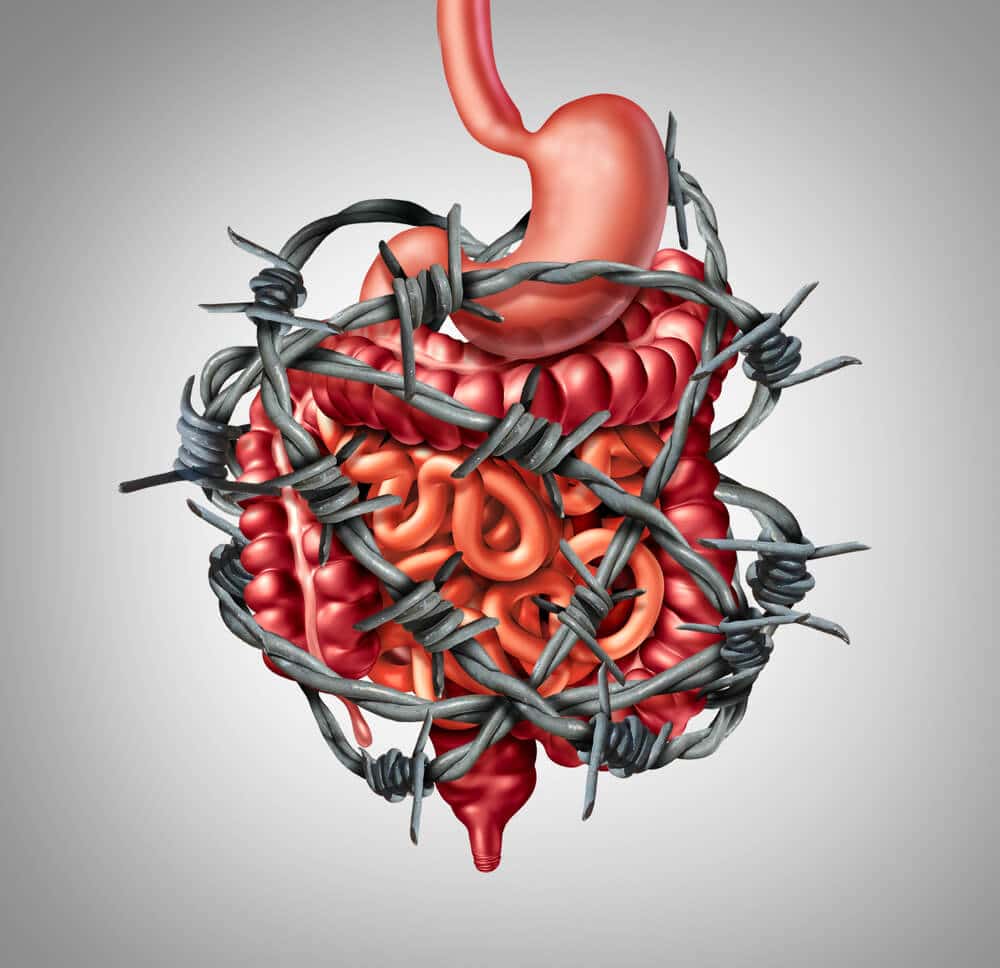 Irritable bowel syndrome (IBS) is a debilitating and extremely uncomfortable illness that can negatively impact day-to-day life. There are roughly 25 to 45 million cases in the United States.

The exact causes of this condition aren’t entirely understood. That being said, there are well-documented triggers and risk factors for this condition, including the following…

The good news is that this potential IBS cause is easy enough to fix. The best approach is to gradually add foods rich in fiber to allow your body to adjust–after first talking to your doctor.

How Much Fiber Should You Get?

It is suggested we consume 20 – 35 grams of fiber daily for good gut health, and by adding foods rich in fiber, it is easier to achieve that goal.

How Can a Low-fiber Diet May Lead To IBS?

Sufferers from irritable bowel syndrome should focus on soluble fiber. Why? Because unlike insoluble fiber, which adds bulk to your stool and may trigger a bloating feeling, soluble fiber does not do so as much. Soluble fiber absorbs water and forms a gel that is slowly digested when consumed.

High-fiber foods can help combat plenty of IBS symptoms. Constipation, for example, is a common symptom associated with IBS, and fiber helps alleviate the discomforting effect of being constipated. Just know that while fiber helps the body naturally move bowels, it also increases gas and bloating in some people.

Tobacco smoke should be avoided at all costs, as it is linked to IBS flare-ups and triggers (among other health concerns).

Why Tobacco Smoke Should Be Avoided

Tobacco smoke is generally harmful to your body, but there is evidence to suggest it is particularly bad for sufferers of IBS. You see, tobacco smoke irritates the gut area, which can lead to bloating stomach cramps and gas. The adverse effects are not limited to smoking; chewing tobacco has similar outcomes.

Patients with irritable bowel syndrome have a highly sensitive gastrointestinal tract, and tobacco–being a power stimulant–leads to uncomfortable (yet easily avoidable) flare-ups. Why are cigarettes and other tobacco products so irritating? Nicotine seems to be the main culprit.

There’s no end to the health benefits of exercise, including:

Importantly for IBS patients, seventy percent of the human immune system is in the gut.

Why Exercise Can Help

Even during a flare-up, performing low impact exercises like cycling and yoga can help reduce pain and discomfort. Everyone reacts differently, so it is best to experiment to discover which exercise works best for you.

Processed foods and those high in fat trigger IBS symptoms.

Examples of Foods to Avoid

Fried foods, such as:

should all be avoided.

Processed foods, such as:

have high amounts of inflammatory trans-fat and cause irritation.

Deep-fried and processed food are more difficult to digest, which tends to cause irritation. Foods with high-fat content can not only irritate the gut, but also damage your liver. Most people don’t have to entirely eliminate these foods from their diet, but moderation is the best approach.

FODMAPs stands for Fermentable Oligo-, Di-, Mono-saccharides And Polyols, which are foods with a short chain of carbohydrates. FODMAP foods tend to increase gas and liquids in the digestive tract, which can irritate IBS.

FODMAP fruits and vegetables may affect individuals differently, so it is best to practice slowly introducing these foods into your diet and seeing how they affect you (after first consulting with your doctor).

Irritable bowel syndrome is thought to be triggered by either environmental or food allergies.

Environmental allergy-related irritants stem from high levels of pollen in the air that are inhaled and travel to the gut. IBS from environmental allergens is reasonably easy to manage, because irritation would only occur on days when there is a high pollen count.

Food allergens are more complex to manage compared to environmental ones because there are more variables involved. As low as 20 percent to as high as 60 percent of all IBS cases are those with food allergen-related IBS.

Alcohol irritates the gastrointestinal system by disrupting the natural movement of the bowels.

Why Alcohol Can Trigger IBS

Alcoholic beverages are a common cause of irritable bowel syndrome for a couple of reasons, including:

If you notice irritation after consuming alcohol, pay attention to the drinks you consume in an attempt to narrow down causes.

There is a link between a weakened immune system and high levels of stress. Why, though?

Why Stress Can Trigger IBS

During periods of high stress, our body produces corticosteroids. Corticosteroid is a hormone that tells our body to slow the activity of our immune system, which makes us susceptible to developing IBS and suffering from flare-ups.

Ultimately all symptoms experienced during an IBS flare-up are determined by your nervous system. If the autonomic nervous system is not functioning correctly, you may experience the discomforting symptoms associated with IBS.

Why the Nervous System Can Cause IBS

The nervous system is a complex one; it requires accurate coordination of signals traveling as fast as 268 mph from our brain throughout the body.

The autonomic nervous system (ANS) is the part of the nervous system responsible for involuntary bodily functions, or those which we don’t control purposely. Evidence suggests that heightened stress leads to a short circuit of the ANS system, and may therefore potentially trigger IBS. It is not clear if IBS causes the ANS not to work correctly or if the ANS causes IBS, but there is a clear correlation between the two.

In 2014, Mayo Clinic researched the link between irritable bowel syndrome and the SCN5A gene. The SCN5A is a cardiac sodium gene channel; it is part of the family of genes that are responsible for how body cells communicate with the brain.

The study found that patients with a subset in the SCN5A had an adverse effect on the channel the brain uses to control the gastrointestinal muscles. In other words, people with this gene were more likely to experience “miscommunication” between the body and the brain, which may lead to IBS issues.

Seventy percent of the human immune system is located in the intestines. The bowel area is complex and consists of different types of bacteria that help keep us healthy. When these bacteria function normally, they protect against illnesses and ensure that the digestive system is working correctly.

If these healthy bacteria are out of balance, then different ailments can occur, including IBS.

Specific Conditions that Can Trigger IBS

These ailments and other conditions that result in a disruption of bowel bacteria may lead to IBS.