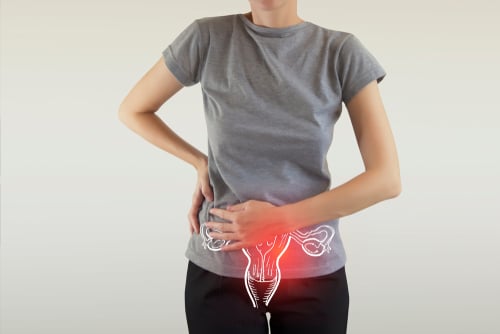 As the name itself suggests, ovarian cancer is the cancer that affects the woman’s ovaries. Medscape notes that it is the eighth most common cancer among women worldwide, counting about 200,000 deaths out of 300,000 cases last 2018.

What are the symptoms of ovarian cancer?

What makes ovarian cancer especially fatal is that it passes undetected in its early stages. In fact, it usually only shows symptoms in its third stage, making treatment more difficult and oftentimes too late for some. Only about 20% of patients are diagnosed in this cancer’s first stages, according to the American Cancer Society.

Bloating is the primary symptom of ovarian cancer. It is caused by fluid buildup called ascite. It appears when the cancer spreads to the abdominal lining (peritoneum) or when a lymph node is unable to drain fluids due to the cancer cells blocking it.

Having a swollen belly (abdominal distension) is another serious sign of ovarian cancer. This symptom happens as a result of fluid buildup inside the abdomen. This buildup causes the stomach to become noticeably hard and swollen, with an uncomfortable tightening pain when it is touched or held.

While women sometimes experience this pain during their periods, it happens more frequently with ovarian cancer patients early on. It occurs due to the pressure of the bloating and the distended belly placed on the pelvic areas.

However, it’s not the only thing caused by the pressure…

And because of this drastic change in appetite, the next symptom typically occurs…

Due to having a decreased appetite and eating less food, weight loss is common among ovarian cancer patients. However, weight gain can also occur due to treatments that may increase your appetite or slow down your metabolism.

Ovarian cancer can also make you feel something bad is brewing…

If you experience more frequent bouts of constipation or diarrhea, it could also be a sign that ovarian cancer is already affecting the colon. Or it again could be because of the pressure from the fluid buildup in the abdomen.

Your bowels won’t be the only thing having problems…

According to Katherine Pinder, Target Ovarian Cancer’s Deputy Director of Services, the urge to pee more frequently occurs in ovarian cancer patients. This occurs because a mass in the abdominal area is affecting other organs, like the bladder. Peeing can be quite painful, and may even contain blood in some cases.

Any time someone urinates blood, it’s important to see a healthcare professional right away.

Dear old Aunt Flo is yet another victim of ovarian cancer…

Ovarian cancer can affect menstruation, or periods. Patients may experience heavier blood flow or irregular menstruations, sometimes missing periods altogether. Though some reportedly have no problems with their cycles, it’s still something alarming to look out for.

While it’s not exactly forbidden, sex while being treated for ovarian cancer can feel excruciating. Cancer can cause hormonal changes that lead to the vagina drying up, making sex uncomfortable and sometimes painful.

But it won’t be the only thing excruciating, as our next symptom tells us…

The majority of ovarian cancer sufferers experience atrocious back pain. It happens when the lower back tissue is affected by the tumor that has already appeared in the abdomen or pelvic area.

With all these symptoms considered, it’s no surprise that the body feels this way…

Prevention is always better than the cure, so it’s important to take preemptive measures to avoid ovarian cancer as a whole. Things like avoiding hormone replacement therapy for menopause and maintaining a healthy lifestyle are recommendable in steering clear of risk factors. Oral contraceptives, getting gynecologic surgery, and doing genetic testing are likewise good ways of reducing the chances of developing this condition.