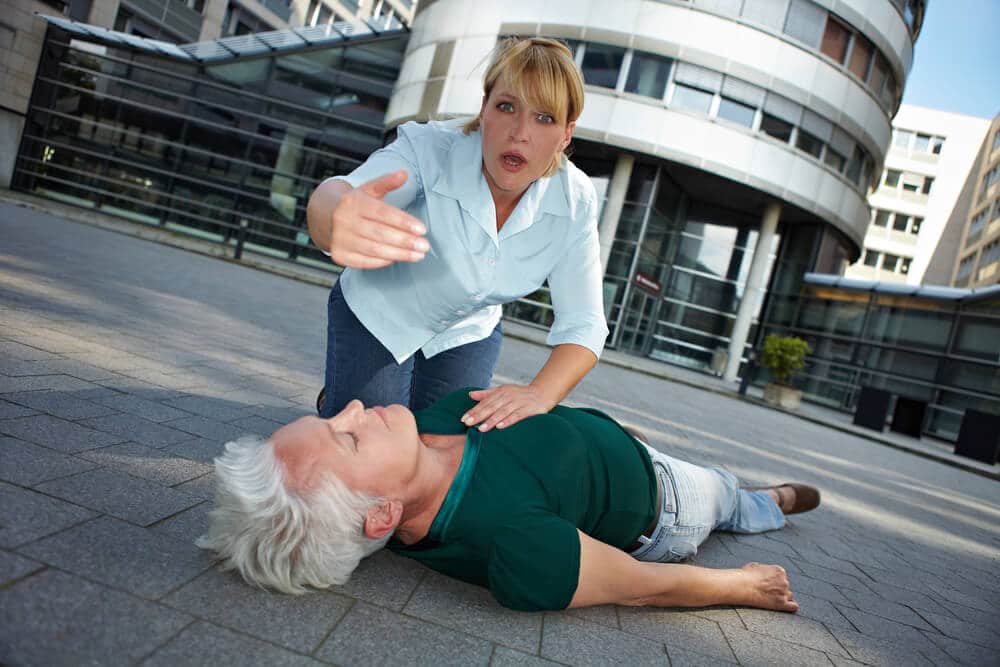 Seizures are caused by an overload of electrical activity in the brain. We tend to associate seizures with dramatic muscle spasms, but seizures can have wide-ranging symptoms everyone should be aware of to stay safe. Let’s take a look at some of the most common symptoms of a seizure…

Momentary confusion is a brief period of time before or after a seizure when a person experiences disorientation and difficulty thinking clearly. Confusion is typically a more mild symptom and can be difficult to detect.

We all experience confusion from time to time, but the confusion caused by seizures has a very different origin. While the general experience might be similar to other causes of confusion, seizures cause confusion by overloading the brain’s electrical signals. This overload makes it hard to process new information, which leads to confusion.

Staring spells are a notorious seizure symptom, and they might last for 10 to 20 seconds. They are usually not accompanied by confusion, drowsiness, or headaches. It is often described as a “vacant stare.”

Much like our next symptom, staring spells are an interruption of our ability to control our body’s movements…

While these movements are classic seizure symptoms and part of some of the most extreme seizures, it’s important to point out that not all seizures have this symptom.

When the electrical activity in the brain starts to get out of control, it disrupts normal body functioning. Specifically, the electrical signals of the brain are misfiring, which sends an overload of signals to the muscles. This overload causes these dramatic contractions.

Seizures can also cause symptoms that appear to be more subtle…

Fainting, commonly referred to as “passing out,” is when the brain stops receiving enough blood flow to operate normally. This causes a momentary lack of consciousness that is also accompanied by a lack of motor control. It may appear as if a person has just fallen asleep for a moment.

Fainting should not be confused with a loss of consciousness…

Consciousness is more broadly our state of being aware of our surroundings, and seizures can cause people to temporarily lose this awareness. The overload of electrical activity in the brain causes some of the body’s functions to “get stuck.” When people experience this loss of consciousness it might look like they are staring at nothing.

Our minds can become momentarily derailed by a seizure. People who experience seizures face a number of potential cognitive problems as symptoms of their condition. This ranges from memory issues to having difficulty processing information.

Our brains are responsible for so much of our daily experiences, which include the following…

People who experience seizures, especially complex focal seizures, can experience emotional problems as part of their symptoms. These issues can be mood swings, feelings of anxiety, or sudden bursts of crying.

A specific type of seizure known as a complex focal seizure is well-known to cause emotional symptoms. These seizures usually affect nerves near the areas of the brain that process and control our emotional responses to the world. When those nerves start to misfire, it can have a dramatic impact on our emotional states.

This next symptom is rather serious, too…

5. Loss of Bowel or Bladder Control

Grand mal seizures, also known as tonic-clonic seizures, are known to cause a loss of bowel and bladder control. When a person with these conditions experiences a seizure, they might experience incontinence. This happens when nerves start to misfire, and we can experience loss over systems we usually control, including the bladder and bowels.

This next symptom has a lot to do with our senses…

A type of seizure known as a simple focal seizure can change how we process sensory information. This seizure can cause individuals to taste, see, and hear things that are not there.

Our senses work because nerves in our body send signals back to the brain. So, a seizure can cause the brain to read a “false positive” and detect a sensation that isn’t actually there.

During a seizure, it’s common for a person to start laughing or crying uncontrollably for a few minutes. These bouts might not seem like seizures to the people around them, but this just goes to show how many different types of seizures there are.

Many different types of seizures can cause memory problems…

Seizures are known to cause temporary memory problems, which range in severity from being unable to recall the seizure at all to having difficulty forming new memories in the time after a seizure.

There are a few reasons why seizures cause memory loss. This can be related to other symptoms such as fainting and cognitive impairment, which contribute to memory loss. It can also be related to the specific nerves in the brain that are misfiring. If they happen to be in areas responsible for memory, a seizure can disrupt the formation of new memories.

This next symptom can quite literally make you go limp…

During atonic seizures, a person’s body might go limp. This can cause the person to slouch forward, drop what they are holding, or even collapse and fall. This creates a secondary risk of physical injury from falls.

Like many seizure symptoms, this has to do with the nervous system misfiring and the brain being overwhelmed by abnormal electrical signals. This can cause temporary muscle control loss and is especially true for people with Lennox-Gastaut syndrome and Dravet syndrome.

There are, however, steps you can take to help either yourself or someone you know who is having a seizure.

When a person is experiencing a seizure, there are a few things you can do to help.

A doctor can help you identify the cause of the seizure and work on a treatment plan.