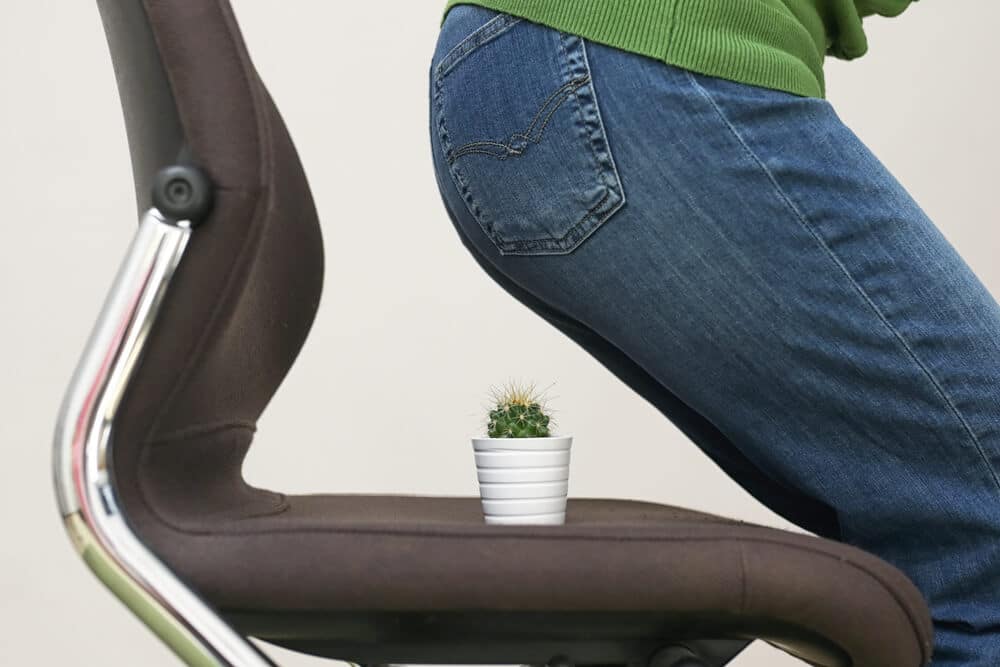 Nearly 50% of adults will experience hemorrhoids before the age of 50, and the number of cases only increases beyond that age. Hemorrhoids can occur inside or outside of the body, making some more difficult to diagnose than others.

What are the Symptoms of Hemorrhoids?

What are the Complications of Hemorrhoids?

While irritating and oftentimes painful, hemorrhoids are not usually dangerous. Most of the time, they go away on their own and do not require treatment. Even when they do require treatment, it is almost never life-threatening.

If you have them frequently, however, you could develop anemia, which will show as weakness and pale skin. Other complications that could arise include blood clots in the affected vein and light bleeding that doesn’t stop.

If your parents experienced hemorrhoids, you have an increased chance of having them yourself.

Why Genetics Increase the Risk of Hemorrhoids

Of course, even those with strong veins may experience hemorrhoids if they repeatedly do the following…

2. Heavy Lifting Over a Period of Time

This frequent strain on your body can lead to hemorrhoids.

Why Heavy Lifting Increases the Risk of Hemorrhoids

Oftentimes, when someone lifts a heavy object, they hold their breath and strain their muscles. Each time this is done, the air is being forced back down, which causes pressure on internal organs. This pressure causes the veins in and near the anus to swell, causing hemorrhoids.

Other times, other health factors can influence the development of this condition…

Obesity causes non-stop strain on your body, and nutrient intake is typically unhealthy for obese people.

Why Obesity Increases the Risk of Hemorrhoids

There are actually a couple of reasons that obesity increases the risk. The first is that the excess weight puts non-stop pressure on the veins, which leads to swelling and inflammation. With the anus and rectum areas receiving a large amount of that pressure, it is only expected that it will cause hemorrhoids.

The second reason is that those who are obese tend to eat less nutritious foods, which can cause problems for the digestive system, leading to straining during a bowel movement.

Finally, those who are obese tend to exercise less often, which can cause bowel strain.

Inactivity is especially dangerous for those prone to hemorrhoids…

4. Sitting or Standing for Too Long

Sitting or standing for extended periods of time can put unnatural pressure on the lower abdomen or the rectum.

Sitting for too long causes the anus to relax, which leads to the veins filling with blood. While this is fine for a short amount of time, extended sitting episodes will eventually put so much pressure on the veins that hemorrhoids develop.

On the other hand, standing for too long causes the blood that is above the rectum to put pressure on the veins in the anus area, which can eventually lead to hemorrhoids.

The solution? Movement, of course. Staying stationary for too long can harm the body.

This cause is quite obvious, as anything going into the body in this way can lead to irritation or other issues.

Intercourse isn’t the only way irritation in this area occurs, though…

Experiencing watery stool for days at a time can cause hemorrhoids or worsen already present ones.

Why Diarrhea Increases the Risk of Hemorrhoids

When you have frequent bowel movements, the veins in the anus bulge more often than normal. This bulging can quickly lead to hemorrhoids and irritation.

The following cause of hemorrhoids? It can only affect about half of the population…

Pregnancy causes constant pressure on the body in more ways than one.

Why Pregnancy Increases the Risk of Hemorrhoids

Pregnancy causes the uterus to increase in size, which leads to an abnormal pressure on the vein in the colon. Over time, this causes the vein to bulge up, likely creating hemorrhoids. The weight gain that accompanies pregnancy can cause strain, as well, further increasing the risk of hemorrhoids.

The following cause of hemorrhoids is fortunately easy enough to avoid…

This cause could simply mean poor toilet hygiene, such as not wiping well enough.

Why Poor Hygiene Increases the Risk of Hemorrhoids

Not wiping well enough after a bowel movement can cause irritation, eventually leading to hemorrhoids. Furthermore, wiping and leaving toilet paper residue behind can cause the same problem. Even sitting on the toilet for too long can cause them, because much of the weight will be in that direct area.

Not getting enough dietary fiber can cause problems with bowel movements, leading to hemorrhoids. A lack of dietary fiber would be consuming, on average, less than 25 grams a day.

Why Lack of Dietary Fiber Increases the Risk of Hemorrhoids

10. Not Getting Enough Exercise

A lack of exercise can prevent your bowels from functioning properly.

Why a Lack of Exercise Increases the Risk of Hemorrhoids

Without proper stimulation, your bowels will not be able to function as they should. This type of stimulation normally comes with some time of exercise movement. Without it, strain during a bowel movement is likely to occur.

It is recommended that each person consumes between six and eight glasses of water. Dehydration can occur when this doesn’t take place.

Why Dehydration Increases the Risk of Hemorrhoids

Being dehydrated can cause a couple of issues. First, it can lead to constipation, which leads to straining while trying to pass a bowel movement. Next, it can lead to hard stool, which can also cause hemorrhoids due to tearing or excessive pressure.

Many people today work office jobs; one side effect of these jobs could lead many people to have an increased risk of hemorrhoids…

Hemorrhoids can be caused by unnatural bowel pressure as a result of bad posture.

Why Poor Posture Increases the Risk of Hemorrhoids

Where there is constantly abnormal pressure on your bowels, it will lead to pressure and bulging of the veins. This can quickly cause hemorrhoids that will be hard to heal, due to the continuation of the pressure.

The final cause of hemorrhoids on our list? It’s coming right up…

13. Any Other Increase in Abdominal Pressure

If you do any activity that causes abdominal pressure on a regular basis, you are increasing the risk of hemorrhoids. Pay attention to the positions your body is in every day and watch for the pressure.

Why an Increase in Abdominal Pressure Increases the Risk of Hemorrhoids

Any increase in abdominal pressure can increase the risk of hemorrhoids. This is because the pressure causes the veins to bulge.

What should people suffering from this condition know most of all?…

What to Do Next

In most cases, hemorrhoids will clear up on their own in a few days. If they occur during pregnancy, they’ll likely clear up and stop coming back after childbirth.

To speed up the healing process, you could do the following:

In other cases, you may need to consider changing your lifestyle. Changing your diet, the amount of time you spend sitting or standing at once, your posture or anything else you think may be causing hemorrhoids.

If they become unbearable or won’t go away, you may need to see a medical professional for help.