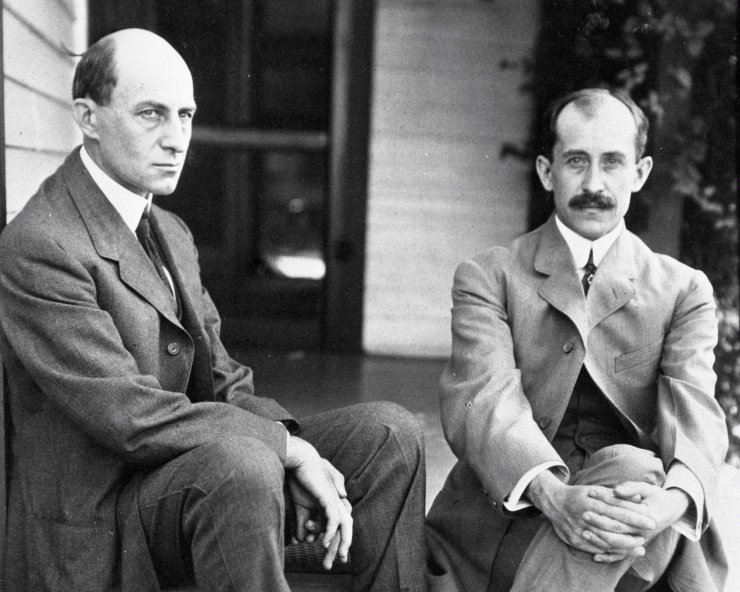 Remember that the first photograph, or at least the oldest existing photograph, was taken in 1826 or 1827 by Joseph Nicéphore Niépce. This means that humans have only been able to take photographs for a mere fraction of time – but still enough to capture various moments throughout history without ever knowing who these iconic figures actually looked like. Thankfully there are a few photos available!

Born on July 11, 1767, John Quincy Adams was the eldest son of the second president of the United States. A lawyer and diplomat, he spent his life in public service; serving as a senator from Massachusetts before becoming an ambassador.

In 1825, he became the sixth president of the United States as a member of the Democratic-Republican Party and in the 1830s his relationship with both parties began to sour.

George Armstrong Custer graduated from West Point in 1861, after barely scraping through at the bottom of his class. He showed great potential during the American Civil War and was promoted to brigadier general of volunteers before reaching his 24th birthday.

After bravely fighting in the Civil War, he continued to serve by participating in Native American wars. As part of this regiment, General Custer died on June 25th, 1876 after being overrun by Native Americans during what became famously known as Custer’s Last Stand.

At 12 months old, Helen Keller became deaf and blind after contracting scarlet fever. Her teacher and lifelong friend, Anne Sullivan helped her become literate so she could express herself through writing and speech.

As a young adult, this woman attended Harvard University and became the first deafblind person to earn a bachelor’s degree. As if that weren’t enough, she also wrote 14 books and many essays advocating for women’s rights, labor rights, and disability rights.

Uncle Sam is a symbolic figure representing the ideology behind America’s government and its people. His appearance usually consists of white hair, a beard, and an all-American outfit.

It has been said that the character was based on a man named Samuel Wilson. He was responsible for packing meat during war times and as such his barrels bore the letters U.S., which people joked meant Uncle Sam.

Andrew Jackson practiced law on the American frontier before he became a US Senator, House of Representatives member, and justice for the Tennessee Supreme Court.

Jackson was a well-respected General, who led armies through the Creek War and the War of 1812. In 1824, Jackson was beaten by John Quincy Adams in his bid for Presidency. A year later he founded what would become known as the Democrat Party – running against rival Van Buren; only to find himself victorious this time around.

Born into slavery, Harriet Tubman managed to escape and dedicate her life to freeing other slaves.

She led 13 missions to save more than 70 other slaves by risking it all, relying on a network of abolitionists and safe houses that are now referred to as the Underground Railroad. Furthermore, during the Civil War, Tubman continued her fight for freedom when she served as an army scout and spy for the Union Army.

Charles Darwin has been credited for developing the theory of evolution which asserts that all living beings came from a common ancestor.

Although at the time, his scientific research was largely ignored by fellow scientists and religious institutions, Darwin would go on to publish his revolutionary findings in 1859 when he released On the Origin of Species.

Martin Van Buren was one of the key founders of the Democratic Party, serving as both Governor and Vice President.

Martin Van Buren was elected President in 1836 with the endorsement of Andrew Jackson. In 1840, he lost the Presidency to William Henry Harrison and then ran for president one last time under the Free Soil Party in 1848.

The famous Annie Oakley, also known as Phoebe Ann Mosey, was a woman rifle-shooting sensation who worked for Buffalo Bill’s Wild West Show. She became skilled in shooting at an early age because she had to hunt for food to feed her family.

She first caught the attention of everyone when she won a sharpshooting contest at fifteen and then joined Buffalo Bill’s show in 1885. She became widely known and renowned for her skills during this time, earning more than even Bill.

Count Lev Nikolayevich Tolstoy, commonly referred to as Leo Tolstoy, was a Russian writer during the 19th and early 20th centuries. He had since attained success by being one of the best writers of all time.

Between the years 1902 and 1906, he was nominated for three Nobel Prizes: once in Literature and twice in Peace. Among his most noted works are Anna Karenina, War and Peace, and The Death of Ivan Ilyich.

Named The One Who Yawns (or He who Yawns), Geronimo was an Apache chief and warrior. He is known for his numerous attacks against the United States military during what has come to be known as the Apache Wars.

Geronimo would often flee after being released from several different Indian reservations until he was finally captured and enjoyed making appearances at exhibitions and other public events.

Born Robert LeRoy Parker, Butch Cassidy was a feared outlaw of the old west who became well-known for stealing trains and robbing banks. He led the gang The Wild Bunch for many years until he had to flee America with his partners Alonzo Longbaugh, The Sundance Kid, and Etta Pace.

It is said that Cassidy and the Sundance Kid were gunned down after a shoot-out with Bolivian troops in 1908. In the present day, he has become an icon of the wild west era.

Harriet Beecher Stowe, writer, and abolitionist, famously wrote Uncle Tom’s Cabin which exposed the horrid treatment of slaves in this country. Her book spread worldwide and inspired people to rise up against slavery, specifically in the North.

Throughout her career, Harriet Beecher Stowe wrote thirty books about society and what she believed in. Her works were so influential at the time that they are still relevant today.

Coming up – Have you ever wondered what Helen Keller looked like?

Arthur Wellesley was one of the most important politicians and generals of his time. His victories in Spain, Portugal, and India helped Britain become the leading world power for many years after his death.

Considered one of the best British military tacticians in history, he managed to win several battles against superior forces while still limiting his own men’s losses. His victory over Napoleon led him to become a national hero, and he was named the first Duke of Wellington in 1814.

Frederick Douglass was a political leader and revolutionary who led the abolition movement in Massachusetts and New York. This great man escaped from slavery in Maryland, only to break free from even harsher conditions later on after being enslaved again by some of his own people during his time spent north of the Mason Dixon line.

His intellect and influence went directly against the belief that African-Americans lacked the capacity to be independent American citizens, with many Northerners even surprised that he was once a slave. Later in his life, against his approval, he became the first African-American to be nominated for Vice President of the United States.

Born Henry McCarty, Billy the Kid was an outlaw in the old west who had lived a life of crime since he was just fifteen years old. While still a child, his mother passed away and his father moved to another town leaving him without guardianship.

In his younger years, Billy fought in New Mexico’s Lincoln County War. It is rumored that he committed three murders here before being murdered himself at the age of 21. He killed 8 people before being slain in this region.

President of the United States, Abraham Lincoln had a long and illustrious career before he became Commander-in-Chief. He was an attorney, Illinois state legislator, congressman and party leader for the Whigs before his victory in 1860 made him America’s 16th president. When Lincoln was elected President, Southern slaveholding states saw their opportunity to leave the Union; what followed was the Civil War which left 700000 Americans dead or injured.

Lincoln led the country through the Civil War and preserved the Union after being shot in 1865. He is still hailed as one of America’s greatest Presidents.

Calamity Jane, an American frontier woman, and well-known frontierswoman were friends with Wild Bill Hickock. At one point they were so close that he performed in Buffalo Bill‘s show at her request.

Nevertheless, her personality was seen as eccentric. She had a kind and gentle heart but could also be tough; this made her quite the celebrity of Old Western culture.

One of the most notable artists in history, Vincent van Gogh’s paintings were precursors to later modern art. Nearly unheard of during his time, there are more than 2,000 pieces completed in less than 10 years – which makes him one of the only people who lived up to this title.

However, after his death, he was recognized as one of the greatest influences in Western art history. Sadly, Van Gogh suffered from psychotic episodes and delusions which he ignored until he eventually committed suicide in 1890.

Orville and Wilbur Wright spent most of their time making different things at their workshop in Dayton, Ohio. They soon went on to invent and build the world’s first motorized plane.

Their first flight was on the Wright Flyer in Kitty Hawk, North Carolina on December 17th, 1903; proving that man could fly and inventing the necessary control mechanisms for a plane.