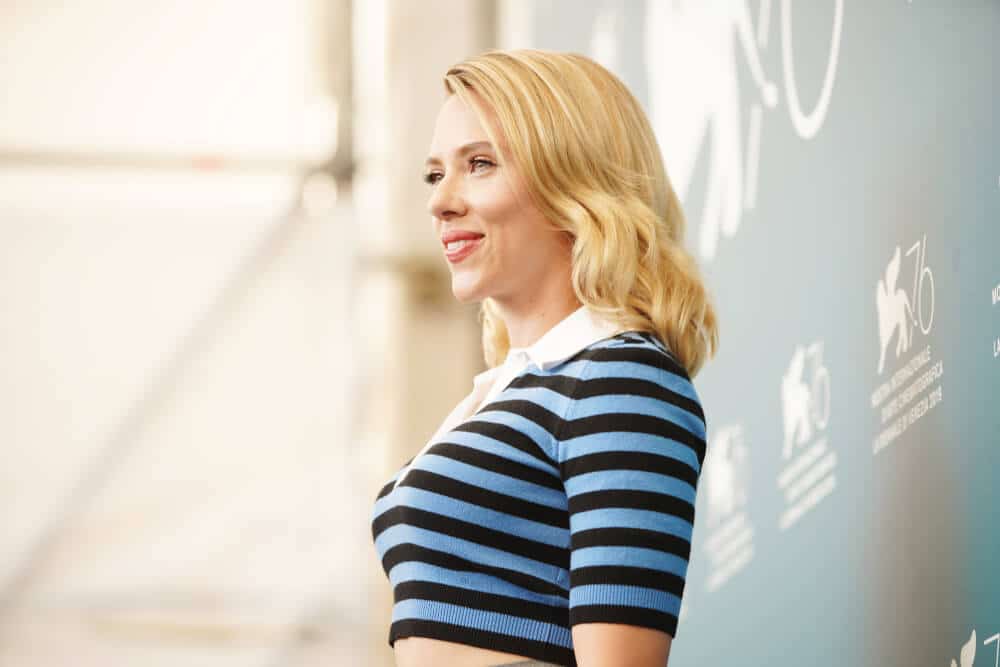 Without a doubt, Scarlett Johansson is one of the most well-known actresses across the nation. While she may be booming with popularity, there are quite a few facts about her that may surprise even her biggest fans. Read on to learn 18 little-known facts about one of Hollywood’s biggest stars…

Melanie Sloan was not only Johansson’s mother, but her manager as well. It’s not an uncommon thing for child actors to get a boost in the entertainment industry from their connections. Johansson was fortunate enough to have Sloan, a caretaker and manager who achieved more in the business than most. Sloan was Johansson’s manager up until 2009 and left with a large sum of money since she received 10% of Johansson’s income.

Johansson has married two times, both marriages ending in a divorce. Her first marriage to Ryan Reynolds ended at age 23 and her second marriage to Romain Dauriac ended at age 31. After her second divorce, she and her ex-husband sold their $3 million home once the divorce papers were signed. But besides that, Johansson is a fairly private woman at heart, which is why not much is known about her first divorce.

Fact #3: She lost a part to Sandra Bullock.

On October 4th, 2013, Alfonso Curon’s Gravity was released. While you may know this movie to star famous actress Sandra Bullock, Johansson was originally in the running for the part. Bullock then went on to earn an Oscar nomination for her performance in the film.

Fact #4: Her first couple of movies were far from successes.

Her first movies were utter box office failures. However, the roles she played were mostly teenagers and young children, and they were minor roles at that. The vast majority of her fans will swear up and down that her two movies “The Girl With The Pearl Earring” and “Lost in Translation” that came out in 2003 were the moments her career started to take off.

Statistically though, her career started taking off as far back as 2001 with the dark comedy known as “Ghost World.” The movie failed culturally but earned enough status to land an Academy Award as well as bring just enough extra eyes on Johansson.

Fact #5: She faced a lot of rejection.

Throughout her early career, Johansson faced quite a bit of rejection. The actress tried her hand at auditioning for Disney’s “Parent Trap,” but that role went to Lindsay Lohan, another talented actress. As you could imagine, competition was stiff. She later went to Tisch School of the Arts in New York but wasn’t accepted, even when she went back as an adult. In 2011, young Johansson was told that her looks were too phenomenal for the part of Lisbeth Salander in “The Girl With The Dragon Tattoo”.

In 2017, Johansson suffered an invasion of privacy that went viral across the Internet. The scandalous pictures that were exposed to the world were intended for her current husband at the time, Ryan Reynolds, but a hacker, Christopher Cheyney, decided to act on some toxic intentions. Cheyney hacked the photos straight from Johansson’s phone and leaked them onto many gossip-driven websites.

Cheyney no doubt intended to sack Scarlett’s career, but things backfired for him when an FBI investigation was ensued. He then was caught, forced to pay a 60,000 dollar fine to Johansson, and was sentenced to 10 years in prison. To make matters worse, he was later accused of hacking the emails of two other celebrities, Mila Kunis and Christina Aguilera.

Around 2014, controversy surrounded one elderly man known as Woody Allen. Allen is a film director that has been caught up in scandals before, like deserting Mia Farrow, his wife, to marry his much younger stepdaughter that the two adopted.

The man has done worse, however. Later that year, another adopted daughter of his, Dylan Farrow, accused him of sexually assaulting her when she was young. Many contractors and managers voiced their concerns for actors and actresses to avoid working with him, but Johansson was one of the few that remained supportive of him. In fact, Johansson has been spotted having dinner with Allen on a few occasions.

After receiving some not-so-nice feedback from the LGBTQ+ community, Johansson left the set of a movie she was in the middle of filming. The first wave of outrage from this community derived from Johansson’s lead in the move “Ghost in the Shell.” Many criticized this movie as an act of white-washing, since Johansson is white and the person she was playing was originally meant to be Asian.

In the development of a later film, Johansson played the role of a character that was meant to be transgender, causing even more controversy. In fact, even Jamie Clayton, a transgender actress, called out Johansson and demanded her to quit the movie entirely. While Johansson was far from happy about this, she did eventually comply.

Fact #9: She currently lives in a very expensive home.

Johansson currently resides in a $4 million house in Los Feliz, Los Angeles in a highly-popular neighborhood that houses many celebrities alike. Her house is somewhere around 3,500 square feet and boasts a swimming pool along with a bathroom accompanied by a sky light. It even has a stellar view of the famous Hollywood sign.

Fact #10: She has undeniable good looks.

While many love Scarlett Johansson for her talent, many love her for her undeniable good looks as well. Johansson was named the sexiest woman alive on two separate occasions and has even has appearances in several Playboy magazines. Her fame doesn’t stop there, though, as she even has multiple wax statues of her featured around the world at museums.

In an appearance on the popular television show, Saturday Night Live, Johansson displayed her dislike for Ivanka Trump by parodying her. In the skit, Johansson portrayed Trump as a perfume user that supported illegal substances. She also proceeded to call Trump uninspired and cowardly. It definitely wasn’t a positive experience for Trump, but Johansson could not care less.

Fact #12: She has an abundance of awards.

Throughout her career, Johansson has received 23 awards and 80 nominations for awards. These awards and nominations include Best Actress in a Leading Role, Best Featured Actress in a Play, and even a Tony award. Johansson, along with her co-stars, have received an MTV Movie award for the best fights in the popular movie, The Avengers. She even has been nominated for four Oscars, and fans have speculated that she won’t have to wait long for a Leo award. With the way her career is currently going, they are most likely correct.

Fact #13: You might see her in politics sometime soon.

For quite some time, Johansson has contemplated pursuing a role in politics sometime in the future. Johansson is an avid participant in politics already, as she’s always up-to-date on the latest news. In fact, she’s one of the most avid celebrity supporters of politics in general. She’s even gone on records to list her interests in politics during the 2017 Women’s March that she participated in. Johansson says that her political career will only happen if she’s able to knock some time away from her family and career opportunities.

Fact #14: Dating her is quite the expense.

Believe it or not, a date with Johansson was possible through an auction on eBay over a decade ago. Essentially, Johansson set out to raise money for a charity, Oxfam, that supports breast cancer research. The bidding began at one single dollar, but quickly sky-rocketed to $40,000 due to very eager bidders. A man who remains anonymous eventually did win the most expensive date of his life. Nowadays, a date with Johansson looks rather impossible. But if it did happen, the price would be almost guaranteed to break the bank.

Believe it or not, Katy Perry’s song, “I Kissed a Girl” was inspired by Johansson herself. According to Perry, the song inspiration sparked after seeing Johansson’s picture in a magazine. Even though the song is a metaphor, the message of how kissable Johansson’s lips are is strongly portrayed.

Fact #16: Her parents are divorced.

Scarlett’s father, Karsten Johansson, is a New York architect, as well as an actor known for his movie, “Manny & Lo”. Karsten was mentioned very little throughout these facts because he got a divorce with Scarlett’s mother, Melanie Sloan, causing them to completely separate from each other. This was only when Scarlett was 13 years old, but the two remain close despite this.

When Johansson was a teen, she owned a Japanese fighting fish named Cassius. The fish had an unfortunate demise since her budding acting career prevented her from watching him, so she left his care up to a friend instead. Unfortunately, this friend failed to change the water, causing the death of Cassius. Cassius is currently buried in Los Angeles’s Marmont Garden, where Johansson used to live before her fame.

Johansson’s career has been filled with controversy, hardships, and obstacles, but all of her hard work has paid off as she’s one of the biggest celebrities to date. No matter your opinion on Johansson, it’s hard to deny that she’s a cultural phenomenon that never seems to stop working hard.