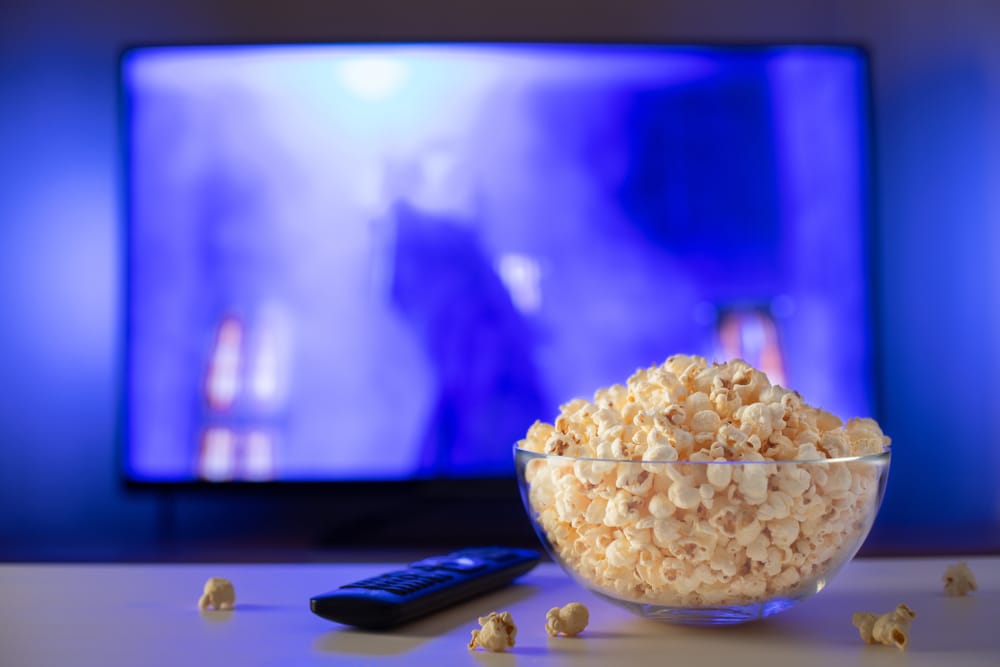 Who says every blockbuster film needs an over-the-top budget allocation? Well, not these films, which are exactly the opposite, but still managed to become box-office hits. From classic horror flicks to comedies and action thrillers, these movies prove money isn’t everything when it comes to telling a great story.

Read on to see which films had low budgets but successfully turned things around in their favor. Be ready to get surprised!

Not only was Pulp Fiction a commercial success but also a critical standout, earning the highly coveted Best Picture award in the 1994 Cannes Film Festival. It also received seven nominations in the 67th Academy Awards and won the Best Original Screenplay award.

Directed by Quentin Tarantino, the masterpiece only had an $8 million budget but grossed a whopping $213 million worldwide. Its success catapulted the likes of John Travolta, Samuel Jackson, and Uma Thurman to Hollywood stardom, and the film was institutionalized as a cult film.

Taking place in a dystopian period, a wealthy family found themselves victims of the purge, an annual event where people are legally free to commit any crime they want for a night.

With just a $3 million production budget, the film turned tables and made $89 million in profits worldwide. It also topped the box office during its release with $16.8 million earnings on opening day and $34.1 million through the entire weekend. Because of its massive success, the film has spawned three more sequels under its belt.

Bill Murray and Scarlett Johansson starred in this romantic dramedy, where two strangers lost in life befriend and find comfort in each other. This unconventional portrayal of romance earned writer-director Sofia Coppola praises from the critics, with audiences raving just the same at the box office.

Lost in Translation only had $4 million for production, but it amassed a $119.7 million profit worldwide. It also took home the Best Screenplay Award from the Academy, as well as three awards at the Golden Globes and BAFTA.

In this coming-of-age film, Elliot Page played Juno, the titular character who discovered she was pregnant by childhood friend Paulie (Michael Cera). Faced with the challenges brought by an unplanned pregnancy, Juno enchanted both critics and audiences alike. Juno, which received a $7.5 budget, earned $231 million at the box office worldwide. The film won an Oscar for Best Original Screenplay.

Split is a 2017 psychological thriller film written, produced and directed by M. Night Shyamalan about a man with multiple personalities who kidnapped three teenage girls. The movie proved success at the box office, grossing $278 million worldwide over a $9 million production budget. With over 2,000% return on investment, it was the most profitable film in 2017.

A prequel to the horror hit film The Conjuring, this spinoff focused on the origins of the Anabelle doll first introduced in the original. Its critical reception was generally negative, with experts agreeing it was inferior to its predecessor. Nonetheless, Annabelle was a solid blockbuster hit, grossing $257 million worldwide over a $6.5 working budget. To date, it still remains the 18th highest-grossing horror film in the US and Canada.

The third installment in the James Bond franchise starring Sean Connery, Goldfinger was one of the most successful outings in the early series. Worldwide, Goldfinger grossed $125 million over a $3 million production budget. Goldfinger also succeeded as the first Bond film to receive an Academy Award for Best Sound Editing.

In Jordan Peele’s directorial debut, Get Out, a young Black man discovers his white girlfriend’s disturbing family secret. Critics loved the film, raving about its screenplay, directing, acting performances. Get Out, which had a mere $4.5 million film budget, earned $255 million worldwide.

As the original film that launched the Star Wars saga, this space-fantasy epic was the biggest hit movie of its time. The movie grossed a whopping $775.4 million worldwide, becoming the highest-grossing film of all time until the release of E.T the Extraterrestrial in 1982. It earned 10 nods from the Academy, including Best Picture, and won seven awards.

When Gary “Gaz” Schofield (Robert Carlyle) was laid off after the company he worked for shut down, he decided to form a male striptease dance group to make ends meet. This British comedy film only had a $3.5 million budget but was a huge success, grossing $258 million in the worldwide box office. For a period, it was also UK’s highest grossing film, until Titanic outperformed it. Nonetheless, it received numerous accolades including BAFTA, European Film Academy, and Oscars for Best Original Musical or Comedy Score.

Despite a conservative $5 million budget and limited theater release, this romantic comedy steadily worked its way up, ultimately grossing $368.7 million at the worldwide box office. The feat was so phenomenal that the movie became one of the top romantic films of the 21st century. It was also among the most profitable of all time, with over 6150% returns (inflation already adjusted).

Setting the record as the most successful horror franchise, Saw became a commercial success at the box office and has spun into eight more sequels. The film followed serial killer Jigsaw who subjected his victims to a torture survival game. With only $1.2 million spent in filmmaking, the film received a huge return of profits, earning $103 million worldwide.

This classic sports drama film made Sylvester Stallone one of the most prominent Hollywood superstars in history. With only a $1.1 million budget to work with, Rocky made $117 million at the box office. It also received several accolades, including Best Picture from the Academy Awards, and was selected for preservation by the National Film Registry.

Set in 1962 California, this coming-of-age comedy followed a group of teenagers and their adventures over the course of a night. American Graffiti entertained critics, and in the same manner, audiences flocked cinemas, which led to earnings of about $115 million. Produced on a $750,000 budget, this film has become one of the most profitable movies ever made.

Depicted as the first zombie film, George A. Romero’s groundwork on Night of the Living Dead was considered a major development in the horror genre. This 1968 movie followed seven people who were trapped in a rural farmhouse under assault by a group of cannibalistic ghouls. It only had a $118,000 budget to work with, but it successfully grossed over $30 million worldwide.

The original dystopian action thriller film starring Mel Gibson in 1979 was such a massive hit, it gave rise to three sequels with Fury Road in 2015 as the latest and probably most popular. However, before a generous budget allocation, the original only had $300,000 to work with. Surprisingly, it made over $100 million in profits when it was released in 1979. It even held a Guinness World Record as the most profitable film (profit-to-cost ratio) at the time.

Supersize Me was an indie documentary film that featured a person eating nothing but McDonald’s for a month. Morgan Spurlock, creator and actor who served as the guinea pig for the experiment, uncovered adverse effects of eating fast food. The film, which was made with a $65,000 production budget, was both critically and commercially successful. It grossed over $29 million at the worldwide box office and received a nomination for Best Documentary Feature in the Academy Awards.

Despite having a low budget of $60,000, the movie grossed $248 million worldwide, making it one of the most successful independent films of all time. It is also regarded as one of the most profitable horror films ever made.

Adding to the list of successful horror films with low production budgets is Paranormal Activity. Filming surprisingly just took seven days, with a handheld camera used to shoot the entire movie. Originally an independent film costing merely $15,000, Paramount Pictures acquired its rights from creator and director Oren Peli for a wider audience distribution. The results were astounding, as the movie grossed $193.4 million worldwide, making it one of the most profitable horror films of all time.