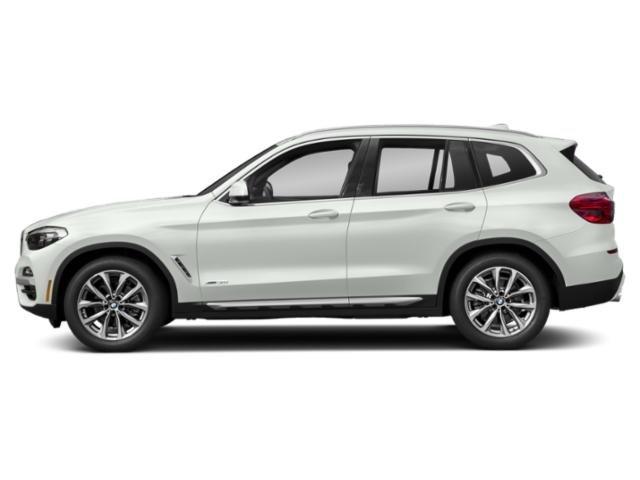 The X3 is BMW’s entry into the compact-luxury SUV category where it competes against the Acura RDX, Mercedes GLC and Audi Q5. The X3 was one of the first vehicles in this category, so BMW has had a little more time perfecting its model. The 2019 BMW X3 earns its place among the BMW line-up with its dynamic performance and fun-to-drive attitude. It also comes with the latest technology and plenty of comfort amenities.

BMW has continued to improve this vehicle since its initial release. For instance, the company has made park-distance control and its Active-Guard safety system standard. The system features front-collision warning and automatic emergency braking.

Even though this vehicle is a sub-compact SUV, most car makers are starting to increase general vehicle size. Fortunately, the X3’s size increase doesn’t make it appear or feel too big.

While this SUV may have increased in size, that isn’t all that changed about its appearance. This 2019 model better blends the overall look of the grille, headlights, and other exterior elements. BMW clearly did some work on the vehicle’s front and back appearance as well. The taillights blend into the tailgate while the front and rear bumpers are a little deeper. Overall, this 2019 update looks a bit more polished and aggressive than its predecessors.

The X3’s interior design includes a good-sized display, which is positioned high on the dashboard. It has a premium feel and includes controls for basic functions like climate control and audio. This vehicle has a roomy interior, so even the backseat passengers will have enough space for their legs. Parents on the go will also appreciate the extra room; there’s plenty of space for groceries and sports gear in the cargo area.

Another great feature is the car company’s voice control system. This handy piece of technology understands natural language easily. This makes it easy to control many of the vehicle’s features, including Siri activation when using the Apple CarPlay system.

Those who select the 3.0-liter option can expect the vehicle to get 20 mpg when driving around the city and 27 mpg on the highway. This engine produces 355 horsepower and gets 369 pound-feet of torque. To increase the vehicle’s fuel economy, the X3 has a start/stop feature that shuts the engine power off when idling. This is a feature that owners can deactivate if they don’t like their engine shutting off and on when they’re in traffic. BMW paired both engines to an 8-speed automatic transmission.

BMW groups its optional features into tier levels. So, if customers choose an SUV with the car company’s Convenience tier, then the vehicle will come with added lumbar support, satellite radio, a panoramic sunroof, and keyless entry. When upgrading to the higher Premium tier, they’ll gain navigation, Apple CarPlay, heated seats, a heated steering wheel, and a head-up display. BMW has one tier higher called the Executive tier. With this level, the company adds a digital instrument cluster, parking assist, and adaptive LED headlights.

For a rear-wheel 2019 model, the price will be around $42,000. Those wanting all-wheel drive can expect to pay more: roughly $44,000. For the more powerful six-cylinder engine, the SUV’s cost is around $55,000. After adding optional features, the price of the SUV can easily climb by $10,000 or more. This makes the cost in line with competitors like the Volvo XC60 and the Infiniti QX50.

A Vehicle with Broad Appeal

The 2019 BMW X3 is an appealing vehicle for most drivers. It is available in rear-wheel and all-wheel drive, and it is one of the best-performing SUVs in its class due to the car maker offering it in a six-cylinder engine. The X3 is a comfortably sized vehicle with plenty of room for passengers and cargo. This makes it an enjoyable driving experience, whether it be the store or on long road trips.