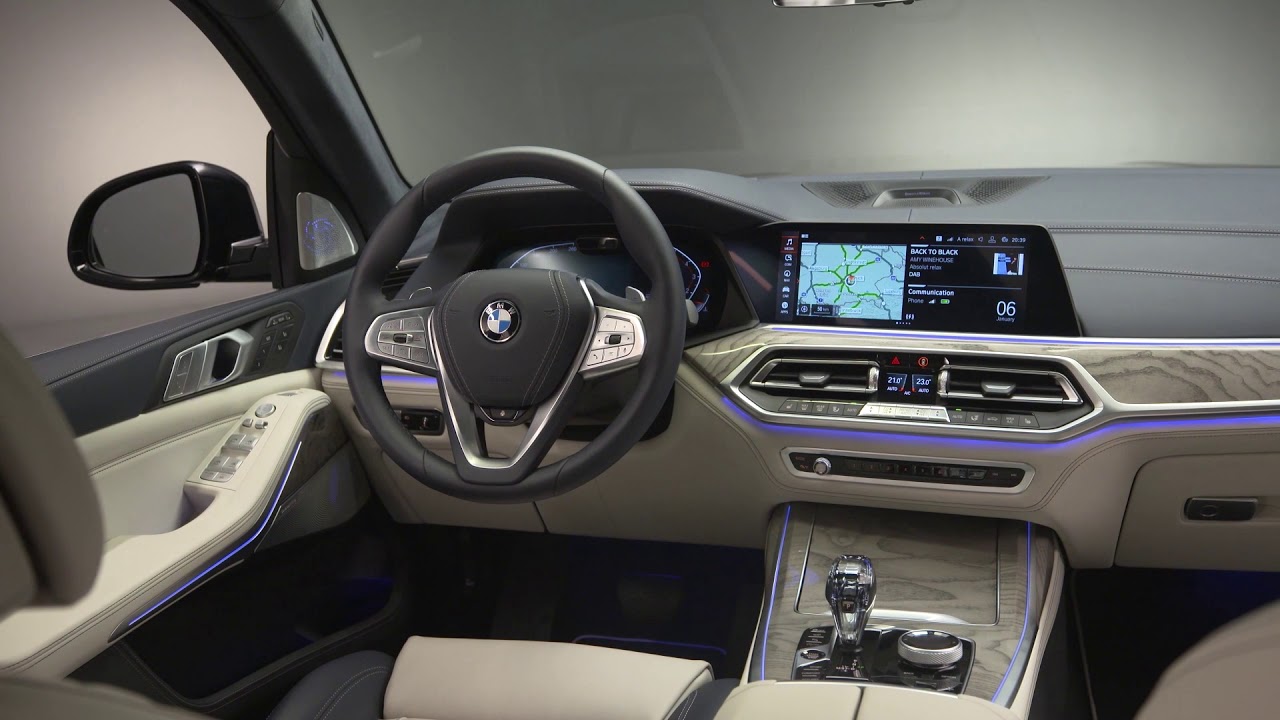 For many years, BMW has been reluctant to build a vehicle bigger than the X5, despite the rousing success of competitors like the Mercedes Benz GLS, Lincoln Navigator, and Cadillac Escalade. However, as gas prices have plummeted and demand for larger vehicles has increased, BMW has finally gotten into the supersize SUV game with the X7. Now, when growing families need more room, they won’t have to trade in their BMWs. Read on to learn more about the 2019 BMW X7.

The X7 is substantially bigger than the X5. It’s a full nine inches longer; five of those inches are in the X7’s wheelbase. It’s slightly taller as well, and it’s much roomier on the inside. The second- and third-row passenger areas were some buyers’ main quibbles with the X5. This new SUV has resolved that problem, making it a great family hauler.

While the 2019 X7 is smaller than the Navigator and the Escalade, it’s a direct competitor to the Mercedes GLS. It can seat seven people comfortably, and with available second-row captain’s chairs, things get even more spacious. So, with the 2019 X7, diehards will get their BMW fix, even as they’re lugging all that extra gear around.

A BMW for Everyone

Buyers love BMWs because the brand is known for its luxurious yet sporty driving and characteristics. While the X5 can’t rightly be considered a sports car, it holds its own on the back roads. Steering is light and precise, and the engine and transmission combo is superb.

The 2019 year model upholds similar standards in a bigger package. It comes with the same powertrain options as the X5, including a 335hp turbo six-cylinder and a 462hp V8, with both engines matched to eight-speed auto transmissions. It shifts smoothly during highway driving, and it provides awesome performance when you’re in the mood for it.

When entering the luxury SUV market, prices and seating capacity are closely linked. The X7 has a starting price of just under $74,000 for the xDrive40i, and a cost of $92,600 for the top-tier model, the xDrive50i. This is almost $13,000 and $16,000 more than the X5 equivalents. It’s priced almost the same as fully-optioned versions of the Escalade and the Navigator, but less than the AMG GLS 63 from Mercedes.

An Abundance of Technology

While America’s large SUVs have the X7 beat in terms of sheer size, BMW beats them all as far as technology is concerned. The 2019 year model comes with the latest iteration of the iDrive infotainment system, which is an industry favorite. Not only does the setup have an available glass controller, BMW adds a superb voice command system, gesture controls, and a touchscreen. While all these choices may seem overwhelming, it’s actually fairly easy for most drivers to find the right control method.

The new X7 is full of safety tech, which is a great thing because it’s being marketed as a family vehicle. Lane keep assist and traffic jam assist are standard, which means the X7 can operate essentially on autopilot at 37mph or less. Some may find these safety features to be slightly aggressive, but they can be tempered in one of the numerous iDrive menus.

The new X7 sports a large grille and looks much like a bigger X5. The interior exudes the same classy appeal that this brand is known for.

The 2019 BMW X7 is a late entry into the large sport utility vehicle market. That being said, its features are attractive enough to be able to lure away many Navigator and Escalade owners who want something sportier for a similar price.

Disclaimer: Not all features come standard.