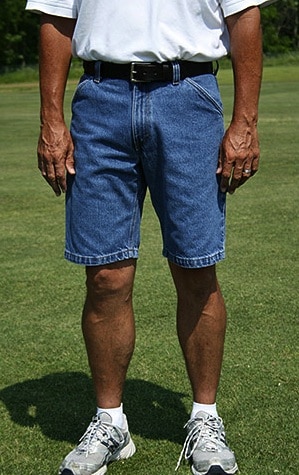 Boomers used to be cool. They were the fun-living kids of the 60s and 70s. Some of the famous Boomer musicians we still know and love (or have heard about) include Elton John, Freddie Mercury, and Stevie Nicks.

America was thriving when Boomers were born, and it only continued to grow in its vibrance and economic stability throughout Boomers’ lives. For this reason, Boomers were on the cutting edge of a lot of growth in the fashion, music, and entertainment industries. They experienced great times in our country . . . so we can’t blame Boomers for wanting to hold on to those times by holding on to these things they still think are super cool!

Unfortunately, malls are kind of a drag now. The ones that are still in operation aren’t usually as crowded as they used to be, and a lot of the stores that Boomers used to love have gone out of business. Looking for The Limited, Boomers? Sorry. It no longer exists.

There used to be one way to watch all your favorite shows and movies from the comfort of your La-Z-Boy–cable TV. We don’t really need cable TV anymore. If we need to access local channels we can pick up an HDTV antenna on Amazon. For everything else, all we need to do is sign up for a streaming device. Netflix, Prime, Hulu . . . they all do what cable TV used to do so there’s no need for cable TV packages anymore, Boomer!

Companies used to send people catalogs in the mail. A catalog, youngins’, was a big book filled with pictures and descriptions of all the items a company sold. So, if you wanted a really cool toy for Christmas, your parents would ask you to circle it in the catalog. Then, your parents would “send away” for your toy. It was a whole thing. They also had to write checks, put those checks in an envelope, and send the checks to the company to pay for your toys. There was no such thing as online bill paying. So, Boomers still write checks because they’re used to it.

Boomers used to use briefcases to hold all their work-related papers and files. All the papers, files, and other work-related stuff we need today are stored on our laptops. So, we no longer need a big, boxy briefcase. Most of us opt for laptop cases or backpacks. But Boomers still see the briefcase as an icon of success. If you see someone carrying one around, you can be sure you’re witnessing a successful Boomer living their best life.

Believe it or not, this used to be cool. Usually, the socks were worn with Birkenstocks, but it was really a cross-brand phenomenon. Socks with sandals was a Boomer original born of function . . . eventually, it turned into fashion. When someone wanted to buy shoes they had to go to the mall or a specialty shoe shop. It wasn’t as easy as opening an Amazon app and spending one or two minutes ordering shoes. There was traveling involved! So, once they had a good thing–like a nice pair of strappy sandals–they didn’t want to put them away just because the season changed. Boomers wanted to wear them for as long as they could! And that’s why some of them still do.

Cell phones used to be a sign of prestige. If you had one, it meant you had arrived at a respectable economic level in your life and you wanted everyone to know it! That’s why Boomers wore their cell phones in holsters on their belts. That’s probably why they still do. Even though all of us have cell phones now. It’s fine. Let them enjoy their symbols of status, for goodness’ sake!

China dishware is a throwback to when people would throw fancy dinner parties. Families usually had two sets of dishes–the normal, everyday dishes and then “the good china.” The good china was reserved for company, holidays, and birthday parties. The good china was so special it was often handed down from generation to generation. This all took place during a time before TJ Maxx and Home Goods. There was no such thing as discounted dinnerware. It was expensive and you held onto it. That’s why you often see large buffets displaying china dishware in Boomers’ homes. You should ask them if you can eat off it sometimes. It’ll probably make you feel really fancy!

Phone books and TV Guides–these are publications every household used to have. The phone books listed literally every landline in the city. (Cell phone numbers were never listed in phone books). TV Guides were little books that usually came in the mail, which listed every TV or movie that was going to come on that week on one of the 10 TV channels everyone had. Both books used copious amounts of paper and, we would imagine, were kind of a nightmare for landfills. It took Boomers a long time to get used to the idea they could look numbers up online, instead of in phone books.

Back in the day, Boomers basically had two styles to choose from–jeans and khakis. So, when the weather got hot, they cut their jeans off (it didn’t work as well with khakis) and they made jean shorts (or jorts, if you’re cool). This practice became so standard that clothing companies started cutting the jeans themselves and selling them as actual shorts. Extra Boomer points if you ever see cargo jorts (which means there’s a place to hold a hammer in a random pocket near the bottom).

Travel Facts - Amazing Things to Do In Calgary