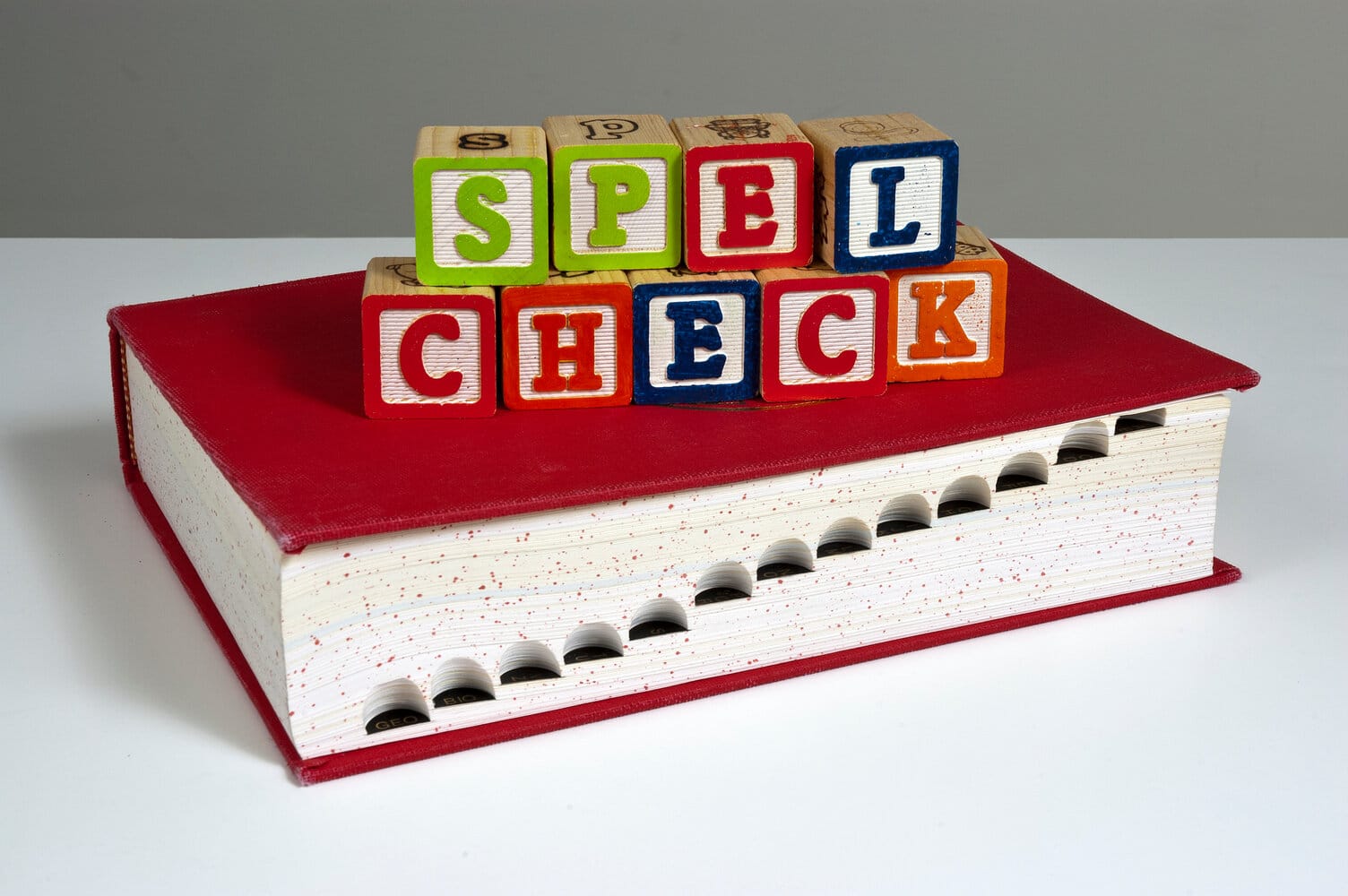 Language learning is a tricky process. It is something we use every day, yet sometimes we encounter words we forget how to spell. Whether it’s the omission of silent letters, double consonants, or substitution of similarly sounding letters, we sometimes find ourselves guilty of committing spelling errors.

Here, we give you a rundown of 25 of the most commonly misspelled English words and their corresponding errors that we need to keep an eye on! Read on to ensure your English is as best it can be.

One of the most common spelling errors is omission,n and this word is one of the most usual words on its list. People get confused whether to repeat “c” or “m,” when in fact, there should be two sets of double letters — “cc” and “mm.”

This word also falls under the case of omission and often gets a spelled version without “e.” The reason is that people often spell the same way they pronounce, and because “e” in advertisement is a silent letter, it is often overlooked.

While beautiful is easily one of the first words learned by foreign students of English, it’s also one of the easiest to misspell. In an article published by Cambridge in 2013, beautiful lists as one of the most misspelled words for non-native speakers of English. They often spell the word without “u.”

According to a research done by a UK firm, bureaucracy came as one of the most misspelled words on Google searches. Results revealed that the word was tricky because of the unusual length sequence of vowels (in this case, 3) in the middle.

In the same article previously mentioned, this word was also listed as the most misspelled for learners under 18. The error is attributed to how significantly different the spoken word is from its written form (American pronunciation). For British though, they pronounce the word in full syllables.

Colleague is one of the common cases of misspelled words with double consonants. One of the tricks in remembering its correct spelling is to treat it as a combination of words “league” and “co” from coworker. Just don’t forget that it comes with two “l’s.”

While this one bears conscience as its root word, its spelling comes with the letter “t” and not “c” near the end. Hence, the next time you encounter this word, remember that it’s not enough to “c” (see), so add “t.”

People often associate consensus with census, thus, spelling the word with “c” instead of “s.” Truth is, the two have nothing to do with each other. Census is a statistical procedure of gathering data of a population. On the other hand, consensus pertains to a settled agreement of a group or majority.

Isn’t it ironic that the word to describe your feelings after committing a spelling error can also be one of its triggers? Apparently, embarrassing is one of the most commonly misspelled words in English. If ever you find yourself confused with its spelling, note to double [your “r” and “s”], to get away from trouble.

Entrepreneur consistently makes the list of commonly misspelled business terms. For one, it is derived from French — a language distinctly different from English in terms of spelling and grammar. Hence, your best bet to get it right is to memorize it, rather than rely on its pronunciation.

Basic grammar rules in English will tell you that for root words ending in “e,” you usually drop the “e” and add “able” or “ible” to form their adjective counterparts. Indispensable obviously takes the “able” form. But because the two rules overlap, it is easy to switch them and misspell.

Despite how simple this word appears, it surprisingly makes the list of commonly misspelled words. Written and pronounced as it is, led is the past tense form of the verb, “lead.” Often misspelled with “a,” people confuse it with the mineral “lead,” which takes the same pronunciation.

Another exception to the general English grammar rule, lay off forms its past tense not by adding “ed” at the end of the word, but by changing its spelling. Hence, the correct form and spelling is laid off and not layed off.

Here’s another French word that adds to our list of commonly misspelled words. Liaison contains an extra “i,” which is a silent letter, thus, often overlooked. While it doesn’t feel right to have just one “i,” people often put it after “s,” which still is incorrect.

The interchangeable sound of “c” and the “s” in English makes words like license confusing to spell. People tend to switch them or replace one with the other. Just remember that in spelling this word, it’s always with both “c” and “s” and “c” comes before “s” just like in the alphabet.

It’s pretty obvious that misspelling of this word can be attributed to another grammar rule that says adding the suffix “ance” will form the word’s noun counterpart. However, there is no word such as “maintainance” [maintain + ance]. There’s only maintenance and that is the correct spelling.

Ironically, we often use and encounter this word but still get confused when it comes to spelling. Typically, the dilemma is which consonant must be doubled — “s,” “c,” or both? Well, the answer is just the “s.”

Another tricky word with repeating “s,” obsessed tends to confuse people whether they should double the “s” in the beginning, the near end, or both. We know you’re obsessed with the correct form so the right answer is at the near end.

While most misspelled words are cases of omission, this one is the exact opposite. Occasion is often misspelled by writing two “s,” when it has always been just one.

Compound words are formed by joining two or more words, such as the case for “underrate.” However, despite having the root words “pass” and “time,” pastime only has one “s” and “t.”

Commonly misspelled with “e” instead of “i” and sometimes written with additional “d,” privilege easily makes this list. People who rely heavily on pronunciation often commit these mistakes as the “i” here sounds like the soft “e,” and the last part “lege” sounds like with an additional “d.”

Oxford Dictionary lists “receive” as one of the top 10 commonly misspelled words. While the old grammar rhyme taught us “i before e except c,” some still get confused and interchange the two.

One of the unique words in the English language, this one contains no vowel yet pronounced as if there was. Probably the reason why this often gets misspelled is its deviation from the standard word structure.

In the same 2020 research, separate emerged as the top misspelled word on Google around the world. It registered a total of 92,000 counts for word search, which proved how commonly used the word is. Despite this, people tend to replace “a” with an “e,” based on how it sounds.

The combination of double consonants in this word obviously makes the word tricky for some to spell. Quick tip for those confused: the repetition of letters only happens in the middle (two “c’s” and two “s’s”), while the end syllable takes only one consonant (l).