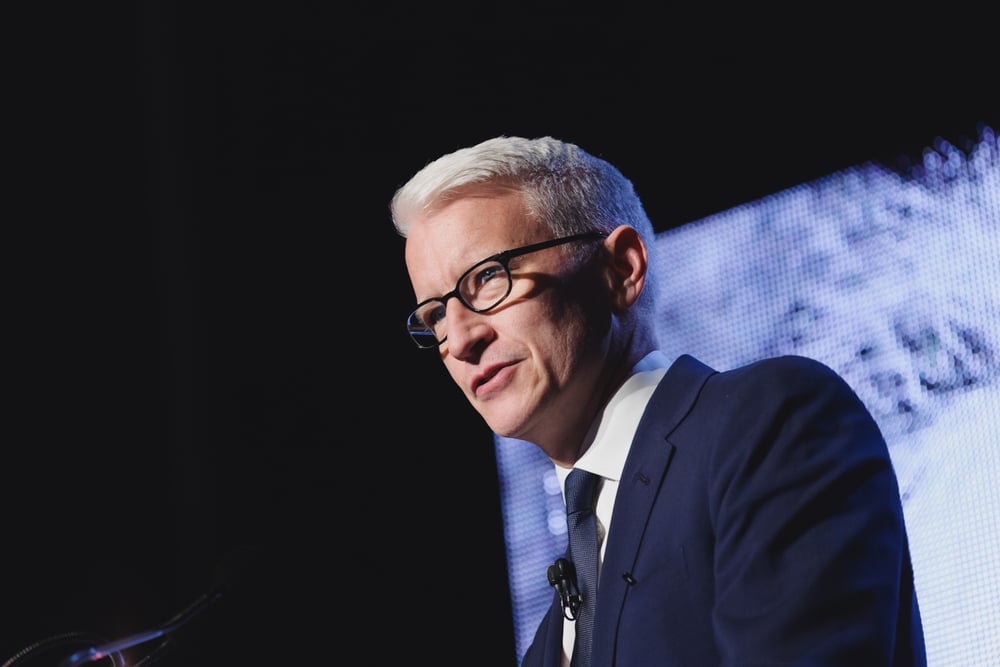 Imagine being born into a family worth millions (or even billions) of dollars. Imagine knowing that one day all of that wealth was going to be under your control. While it doesn’t happen to a lot of people, it does happen.

Let’s take a look at some of the richest heirs and heiresses in the U.S.

Eve Jobs is the daughter of Steve Jobs and Lauren Powell-Jobs and is currently studying at Stanford, where her parents met many years ago. Not much is known about her besides two things: (1) she’s a champion equestrian and (2) she is an heiress to Jobs’ empire. And regarding money, the Jobs family is worth about $21.1 billion.

Ariana Rockefeller is a member of the historic Rockefeller dynasty. The family dates back to the early nineteenth century with Standard Oil, which made billions. She is wife to an entrepreneur named Matthew Bucklin and resides in the Upper East Side of Manhattan.

Kate Hudson is the daughter of actress Goldie Hawn and actor Bill Hudson.

Kate began acting when she was just eleven but had her breakthrough with her role in “Almost Famous.” She also appeared in “Fool’s Gold,” “My Best Friend’s Girl,” and “Bride Wars.”

Ah, the famous Anastasia Steele. Unless you’re living under a rock, you probably know that Dakota Johnson is one of the most promising actresses today. Her parents are Don Johnson and Melanie Griffith. She also appeared in Suspiria, The Social Network, 21 Jump Street, Wounds, and The Peanut Butter Falcon, which is streaming on Amazon.

In case you didn’t know, Anderson Cooper is related to one of the richest families in America, the Vanderbilts. He has built his own fortune through journalism, acting, and being a television personality. He hosts his own show, Anderson Copper 360.

Balthazar Getty is the heir to the Getty Oil fortune. He delved into acting early in his life but focuses more on music and producing. Yes, he looks very familiar because he played Ralph in “Lord of the Flies.”

Getty also appeared in films as a teen icon, acting in Natural Born Killers, White Squall, Big City Blues, Ladder 49 and more. He is also a philanthropist and part of The Lunchbox Fund which donates food to children in Africa.

Dylan Lauren is an heiress and an entrepreneur. Born in New York City, she was born to the founder of the fashion label Ralph Lauren. One of her biggest business ventures was “Dylan’s Candy Bar,” the world’s largest candy store.

Lydia Hearst-Shaw is the daughter of the infamous Patty Hearst, whose kidnapping has affected their whole family. Lydia is an heiress, blogger, and model. She also runs a modeling agency called Radius Entertainment.

Scarlett Johansson’s talent is undeniable, which is the main reason she made it big in Hollywood. Plus, having a successful Danish architect and a film producer as parents gave her quite the advantage. She’s been in films like Disney’s The Avengers and indie films like Ghost World, Lost in Translation, and Under the Skin.

Paris Hilton is known for being a reality TV star because of the 2000s hit-show The Simple Life. She was born in New York City, as an heiress to the Hilton Hotel fortune, which gave her a head start at life and in business. With several perfume lines, too, she has brought in nearly three billion dollars to her account.

This is the Patty Hearst that we were talking about earlier, Lydia Hearst-Shaw’s mother. Patty is the granddaughter of William Randolph Hearst and is a renowned author whose net worth reaches about $50 million. Her best-selling memoir is entitled Every Secret Thing.

Victoria Mars comes from the wealthy Mars family. She attended Yale University for her bachelor’s degree and he Wharton School for her Master’s. Her net worth is estimated to be a whopping $7.8 billion.

Teresa Heinz is the widow of ketchup heir John Heinz, who paired together are worth between $750 million and $1.2 billion. She is a businesswoman born in Portugal but has decided to reside in Fox Chapel, Pennsylvania.

Clare Bronfman is the heiress to the Seagram Liquor fortune and is worth around $500 million. The business was eventually sold to Coca-Cola. Her father was Edgar Bronfman, Sr., who founded Seagram. She also has had a lively equestrian career. She was born in New York, and she began her career in equestrianism when she was seventeen.

Alex Soros is the son of billionaire philanthropist and businessman George Soros. He attended NYU and Berkeley, the latter of which granted him a Ph.D. in history. He is the Open Society Foundations’ deputy chair, and he also has a successful writing career. He has published his writing in Politico, The Guardian, The Forward and many more. His family is worth an estimated $20 billion.

Lana del Rey is the daughter of Rob Grant, Jr., a wealthy tech developer, and she was born in New York City. She was raised upstate, and she started working in music in 2005 to pursue her career in the city. She rose to fame in 2011 after her single, Video Games, took off. She then signed with Interscope, followed by Polydor. Her net worth rakes in at $18 million.

Kelly Osbourne is the daughter of rockstar Ozzy Osbourne and his business mogul wife and manager Sharon Osbourne. Kelly became famous after appearing on the reality show The Osbournes, which featured her and her family. She won an Emmy Award for “Outstanding Reality Show” back in 2002 and has a net worth of about $15 million.

Michelle Williams is an actress and the daughter of investor Larry R. Williams. The Montana native has been in Hollywood since 1993. She was emancipated from her parents at age fifteen, and she then began acting on Dawson’s Creek, a teen drama. She followed that with acting in several low-profile movies before she had her breakthrough. She is now estimated at a $16 million net worth.

Mohamed Hadid is one of the world’s most notable architects. He has two daughters and a son. Both of his daughters, Bella and Gigi, are supermodels. Gigi signed to IMG in 2013, and she was ranked one of the Top 50 Models by Models.com the year after. The British Fashion Council named her International Model of the Year in 2016, and today she is worth $29 million.

Chloe Green is the daughter of Sir Phillip Green, who is the CEO of the fashion company TopShop. Chloe has been in and out of the headlines for her relationship with her boyfriend, a former felon. Chloe Green also is a reality television star who has appeared on Made in Chelsea. Her family’s estate is worth about $4.9 billion.

Steve Aoki is a musician who is the son of the founder of Benihana, one of the most popular chain restaurants in the world. Aoki is also a DJ and record producer. The music exec has worked with acts like Iggy Azalea, Louis Tomlinson, Fall Out Boy, Lauren Jauregui, Kid Cudi, and more. He has totaled a net worth of $75 million.

Actor Alan Thicke and Gloria Loring had their son, Robin Thicke, who grew up to be one of the most famous musicians in the world. Robin was born in LA, and he is a singer-songwriter and record producer who has collaborated with artists like Mary J. Blige, Nicki Minaj, Pharrell, Usher, Kid Cudi, and more. His musical career has earned him a net worth of about $15 million.

Megan Ellison is the daughter of Larry Ellison, who is the Oracle Corporation chairman. The Oracle family’s estate is worth $60 billion. Megan is also a film producer who has worked in the movie industry since 2007. She has produced some of the century’s most intriguing films including Zero Dark Thirty, American Hustle, Her, The Master, and Phantom Thread. She has been nominated for Oscars for nearly all these films.

Nick Kroll is a writer, comedian, and actor. He was born in New York City to Jules Kroll and his wife, Lynn. Jules founded Kroll, Inc., which is a corporate risk consulting and investigations firm that is worth more than $1 billion. His acting skills have been mostly directed to comedies, which is a departure from his conservative familial background.

Travis Knight is the son of Phil Knight, who founded Nike. Knight’s grandfather is William Knight, a famous publisher. Travis graduated from Portland State, and he currently lives in Oregon. He has had an interesting string of careers. He was first a rapper, using a recording studio that he built on the ground floor of his father’s mansion. Now, his family is worth $34 billion.