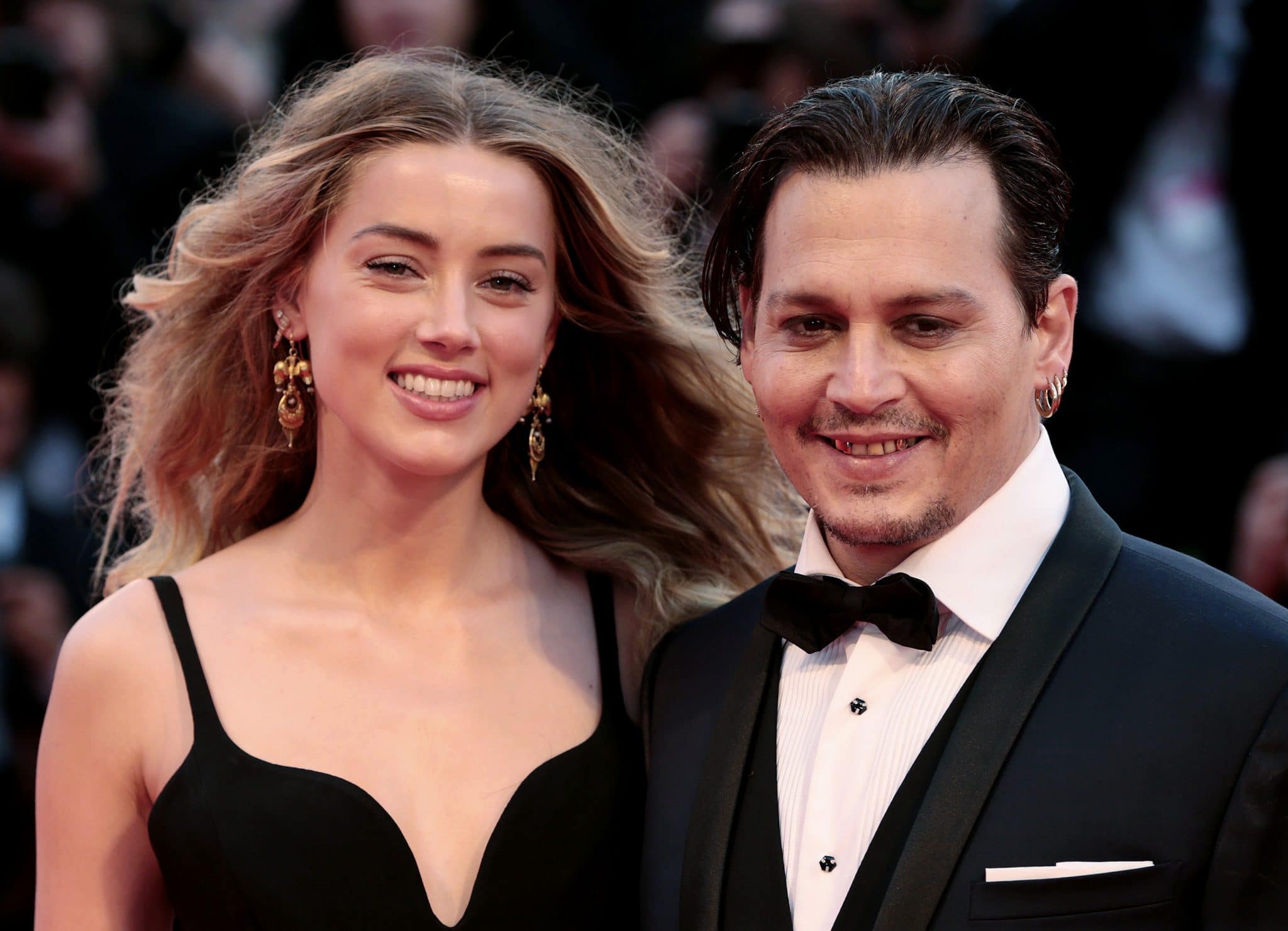 Whether it’s the pressures of being a public image or personal indifferences, we’ve rounded up 30 celebrity couples whose marriages didn’t stand the test of time. In fact, some of these pairings split up not long after the ink dried on their marriage certificates!

NBA superstar Dennis Rodman and actress Carmen Electra eloped in Las Vegas on Nov. 14, 1998. As shocking as their rash decision was, an annulment was filed only nine days after their wedding. Strangely, they continued appearing together publicly following the news of annulment. By March 1999, though, Electra had finally filed for a divorce.

Young, successful, and attractive – a match made in heaven, or so it seems. Celebrity couple Ali Landry and Mario Lopez married in April 2004, but didn’t last that long. Landry heard rumors of Saved By The Bell star’s cheating ways and filed for an annulment a little more than two weeks after they tied the knot. Proven right years later, Lopez admitted to cheating during his bachelor party in Mexico.

This boisterous couple was actually married twice. It was in the 1990s when they first met, both still teenagers. Their daughter, Hailie, was born in 1995 and they married four years later in June. They first divorced in 2001, but decided to try again and re-married in January 2006. However, the last marriage lasted only two months, and the couple officially divorced again.

Broadway actress Ethel Merman and Oscar-winning actor Ernest Borgnine married on June 27, 1964. However, the marriage wouldn’t last long as Borgnine claims his Hollywood fame made him more recognizable in Europe than his wife. Merman in her memoir seemed to have no memory of the brief union as she purposely left out that event.

The couple met in 2011 on the set of the movie The Rum Diary, and real-life romance apparently transpired. In February 2015, the pair officially got married. However, the relationship turned into a serious drama when Heard filed a restraining order on May 27, 2016 against her husband, alleging physical and verbal abuse, although some sources allege that it was instead Heard who abused Depp. Their divorce was finalized in January 2017.

Armisen and Moss met on the set of Saturday Night Live in 2009. The then-SNL actor and Mad Men actress wed on October 25, 2009. However, the couple called it quits by May 2010. Armisen took the blame and later confessed on Howard Stern’s radio show that he wasn’t ready to be “tied down to one person.”

Singer Cher married musician Gregg Allman of The Allman Brothers Band just three days after her divorce from Sonny Bono was finalized. On July 9, 1975, nine days after their union, Cher asked to dissolve the marriage. The pair had an on-and-off relationship over the years and a son named, Elijah Blue.

This striking couple actually pretended to be married longer than their marriage actually lasted! The pair got engaged in July 2000, but it wasn’t until July 7, 2001, that they officially tied the knot. However, five months after their wedding, Green filed divorce citing “irreconcilable differences” between him and Barrymore.

Actress Milla Jovovich married actor Shawn Andrews when she was only 16 years old. “I was 16 and feeling emancipated, so I ran off to Vegas and got married to an actor,” Jovovich told Britain’s Daily Mail.

She later realized that her rash decision was merely a part of her adulting phase. “I’m not even into actors; I can’t bear men who are constantly aware of themselves and their looks. It wasn’t about being in love,” she added.

Lisa Marie Presley (daughter of Elvis Presley) wed actor Nicolas Cage on August 10, 2002, in Hawaii. This became Presley’s third marriage, with Cage proposing just 10 days earlier. The relationship lasted for only three months before the couple decided to split. In an interview with People, Presley said “I’m sad about this, but we shouldn’t have been married in the first place.”

The reality star and entrepreneur apparently had reservations about marrying NBA player Kris Humphries back in August 20, 2011. However, she eventually pushed through the wedding fearing that turning back would have people say that she “just did it for the show [Keeping Up with the Kardashians].” She couldn’t hold out for long though and finally filed for divorce on October 31, 2011. She is now happily married to rapper Kanye West and has three children with him.

Like any ideal marriages, Kid Rock and Pamela Anderson seemed to be living their fairy tale on July 9, 2006, when the couple officially got married. However, their break up once during a previous engagement in 2003 seemingly foreshadowed a failing marriage. They eventually filed for divorce in November 2006.

Kenny Chesney and Renee Zellweger married on May 9, 2005 after meeting that January of the same year at a charity concert. The country music singer and Hollywood darling tied the knot on a St. John Island beach. In September, however, Zellweger filed for divorce, citing fraud as the cause.

Singer Michelle Phillips met actor Dennis Hopper in 1970 and married him on October 31 of that year. Phillips soon discovered her husband’s “unnatural sexual demands” and filed divorce on November 9, 1970.

Boxer Mike Tyson wed actress Robin Givens 11 months after they met in March 1986. In a joint interview with Barbara Walters in September 1989, Givens described her life with Tyson as “worse than anything I could possibly imagine.” She shortly filed for divorce that year.

Film co-stars Jim Carrey and Lauren Holly met during auditions for Ace Ventura: Pet Detective and got married on September 23, 1996, a year after Carrey’s divorce from his first wife. Unfortunately, the marriage didn’t even last a full year, with Holly filing for divorce in July 1997.

Singer Katy Perry and British comedian Russell Brand married in India in October 2010. Sadly, their conflicting schedules made keeping the relationship up difficult, which fans get to witness on the big screen during Perry’s documentary, Part of Me. Perry claims Brand texted her in December 2011 to tell her he was filing for a divorce. The marriage was so brief that when the singer appeared on Ellen DeGeneres show, the famed host forgot Perry had been married at all!

This celebrity couple had their intimate wedding ceremony on January 1, 2008, in Bora Bora Island. Rumors had it that during the honeymoon, the couple allegedly spent more time arguing than cuddling. On January 16, 2008, the couple issued a joint statement to People magazine saying, “After much consideration and discussion, we have jointly decided that we will forego having a legal ceremony as it is not necessary to define our relationship further.”

Actors Bradley Cooper and Jennifer Esposito kept their relationship in low profile and married quietly on December 30, 2006. However, sparks seemed to have worn off immediately as the couple decided to break off their union four months later.

In Esposito’s 2014 memoir, Jennifer’s Way, she wrote, “He was funny, smart, cocky, arrogant, and a master manipulator. I didn’t necessarily find him that attractive, but I figured that I could enjoy his sense of humor and nonsense for a while.” She hasn’t confirmed whether that passage was about Cooper but many have speculated it is.

Actress Helen Hunt wed The Simpsons star Hank Azaria on July 17, 1999, just a few months after winning an Oscar for As Good As It Gets. On August 4, 2000 though, Hunt’s publicist announced the couple had already separated and would be getting divorced.

Irish heartthrob Colin Farrell allegedly married American actress Amelia Warner in July 2001, when she was only 19 years old. The couple shortly separated in November of the same year, with Warner claiming they were never married as the vows were “never legal.”

Former NFL star Chad Johnson and reality TV star Evelyn Lozada tied the knot on July 4, 2012. In August of the same year, Lozada filed for divorce claiming a domestic dispute after her husband head-butted her. She called the marriage “irrevocably broken.”

One Tree Hill co-stars Murray and Bush fell in love on the set and got married on April 16, 2005. Sadly, the reel-life magic didn’t last long in real life.

“We were two stupid kids who had no business being in a relationship in the first place,” Bush shared to Andy Cohen on Watch What Happens Live. By September 2005, only five months into the marriage, she petitioned for an annulment.

This couple’s secret marriage is shockingly a case of an illegal one. The two met when Aaliyah sang for R. Kelly in Chicago in August 1994. According to ABC News, Kelly was 27 years old at that time and Aaliyah was only 15. Somehow, the pair found a way to get married (the marriage license claimed the bride was 18). It didn’t take long for word to get out though, and the illegal marriage was dissolved in February 1995. Sadly, Aaliyah died in a plane crash in the Bahamas in August 2001 at the age of 22.

Model Amber Rose wed rapper Wiz Khalifa on July 8, 2013 after dating for nearly two years. Despite this, Amber Rose said her marriage to Wiz Khalifa might have lasted if they dated much longer before tying the knot.

“I feel like that we just rushed into marriage because we were so deeply in love, and we kind of had a rough patch in our marriage,” she said in a 2016 radio interview. The couple have a son together and continue to be on good terms despite the divorce.

SNL alum Chris Kattan met model Sunshine Tutt in 2005. He proposed on Christmas Eve 2006, and the couple got married June 28, 2008. However, they shortly separated on August 10 of the same year, and the divorce was finalized on October 10, 2008.

On August 15, 2004, twenty-year-old hotel heiress Nicky Hilton eloped with the 33-year-old businessman Todd Meister in Las Vegas. The couple then decided the wedding was too hasty that an annulment was filed less than three months later.

Cris Judd was a dancer in Jennifer Lopez’s 2000 music video, Love Don’t Cost a Thing. He told Oprah Winfrey that it was “love at first sight.” The feelings were mutual and they got married on September 21, 2001. However, due to the intrusive media attention, Judd thought his marriage has become a “circus.” The couple eventually divorced in June 2002.

The 22-year-old Beverly Hills 90210 star Shannen Doherty married 19-year-old Ashley Hamilton in September 1993 only after two weeks of courtship. The marriage ended as quickly as it started, when Doherty filed for divorce in April 1994 citing “irreconcilable differences.”

This marriage is probably one of the most famous and controversial shortest weddings and divorces ever known. Singer Britney Spears eloped with her childhood friend Jason Allen Alexander on January 3, 2004 in a Las Vegas wedding chapel.

“Let’s do something wild, crazy. Let’s go get married, just for the hell of it,” Alexander said in an interview after the wedding. The pop superstar’s representatives (both career and legal) acted swiftly to get their client out of the vows. Hence, on January 5, 2004, 55 hours after saying “I do,” a judge annulled the couple’s marriage.