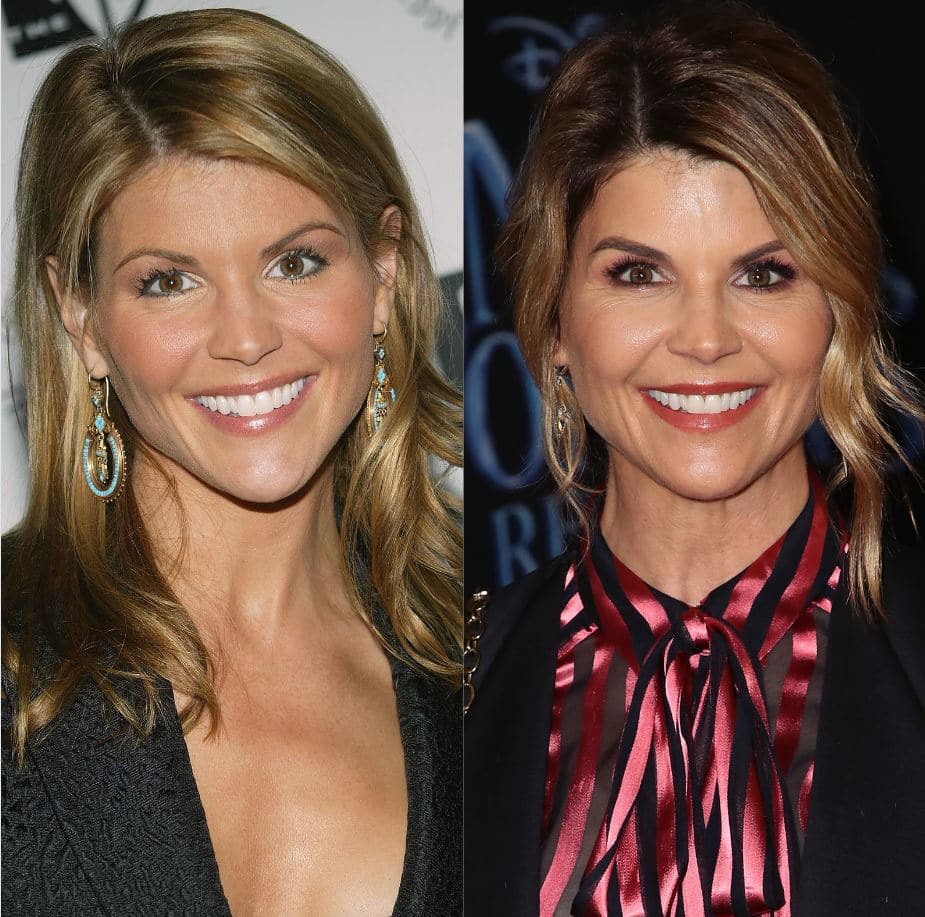 The 1990s was an iconic decade, to say the least. From popular trends arising to fresh faces making their mark on Hollywood, there were plenty of new crazes and celebs that make this decade so nostalgic today.

The ’90s was almost 30 years ago, meaning many famous personalities are in very different places than they were back in the day. So, where are some of these iconic ’90s celebrities now?

Sitcoms practically took over the world of television in the ’90s, and “Full House” was one of them. One of the more prominent faces of the hit family show was Lori Loughlin, who starred as the lovable Aunt Becky.

Back in the ’90s, Lori Loughlin had a bright future ahead of her. While she went on to make a name for herself in many other movies and television shows, the star found herself involved in a nationwide college entrance scandal, causing her to lose her credibility and even face prison time.

Ugh, as if! Recall this iconic catchphrase? Then you’ll likely remember the star that came along with it, Alicia Silverstone. While Silverstone got her start in her role in the film “The Crush”, she’s more commonly known for her performance as Cher. Horowitz in “Clueless”.

Nearly 30 years later since the ’90s, Alicia Silverstone has slowly removed herself from the spotlight, working with independent production companies instead. She has starred in three recent films, though, including “Diary of a Wimpy Kid”, “The Long Haul”, “The Killing of a Sacred Deer”, and “The Tribes of Palos Verdes”.

Known for his iconic roles in comedies like “Ace Ventura: Pet Detective” and “The Truman Show”, Jim Carrey has made his mark on the world with years of hilarious and talented acting. Carrey got his start in stand-up comedy in the ’90s, later joining the film industry and starting off his now lengthy acting resume.

While Jim Carrey has focused less on comedic roles today than he did in the past, he still keeps himself plenty busy by writing books, appearing in documentaries, and working as a producer. Recently, he ventured back into the world of comedy with an appearance in “Sonic the Hedgehog” as Robotnik.

Remember this celebrity, ya filthy animals? That’s right, former child star Macaulay Culkin starred as Kevin McCallister in two early ’90s hits “Home Alone” and “Home Alone 2: Lost in New York”. These movies were two mega-hits in the decade and launched his career in the industry.

Today, Macauly Culkin is all grown up, and his journey in acting is far from finished. In 2021, Culkin played a role in “American Horror Story: Double Feature”, receiving high praise for his performance.

Plus, he started his own podcast and website called Bunny Ears, a spoof magazine that he’s described as being like “Goop meets The Onion”.

Brandy Norwood truly does it all, as she’s a singer, songwriter, actress, and model. In the ’90s, she released some of her most iconic songs, like “Have You Ever”, “Sittin’ Up In My Room”, and “The Boy is Mine”.

She also starred in the hit show “Moesha” and in the 1997 remake of “Cinderella”.

Today, Norwood still shows off her serious star-power, as she’s continued to make music in recent years. In 2020, she released a 15-track album titled “B7”, which is said to be her most personal album yet.

From starring roles in “Buffy the Vampire Slayer” and “I Know What You Did Last Summer”, Sarah Michelle Gellar was seriously popping off in the ’90s.

This teen icon did much more than acting back then, as she competed as an ice skater, worked as a model, and even appeared in dozens of TV commercials.

Sarah Michelle Gellar is still working hard in the acting industry today. Recently, she took on a new venture into voice acting, starring in shows like “Robot Chicken” and “Star Wars Rebels”.

Antonio Banderas has a long history in Hollywood. The star first gained the attention of a Spanish audience by starring on a set of films, and later broke through to an American audience when he starred in the hit drama “Philadelphia” in 1993.

Banderas also took on iconic roles in pieces like “The House of the Spirits”, “The Mask of Zorro”, and “The 13th Warrior”.

Today, Antonio Banderas still plays a large role in the film industry. Recently, he starred as Santiago Moncada in “Uncharted” and even voiced Puss in Boots in “Puss in Boots: The Last Wish”.

Currently, Banderas is co-starring with Harrison Ford in the fifth installment of the Indiana Jones film series, set to release sometime in 2023.