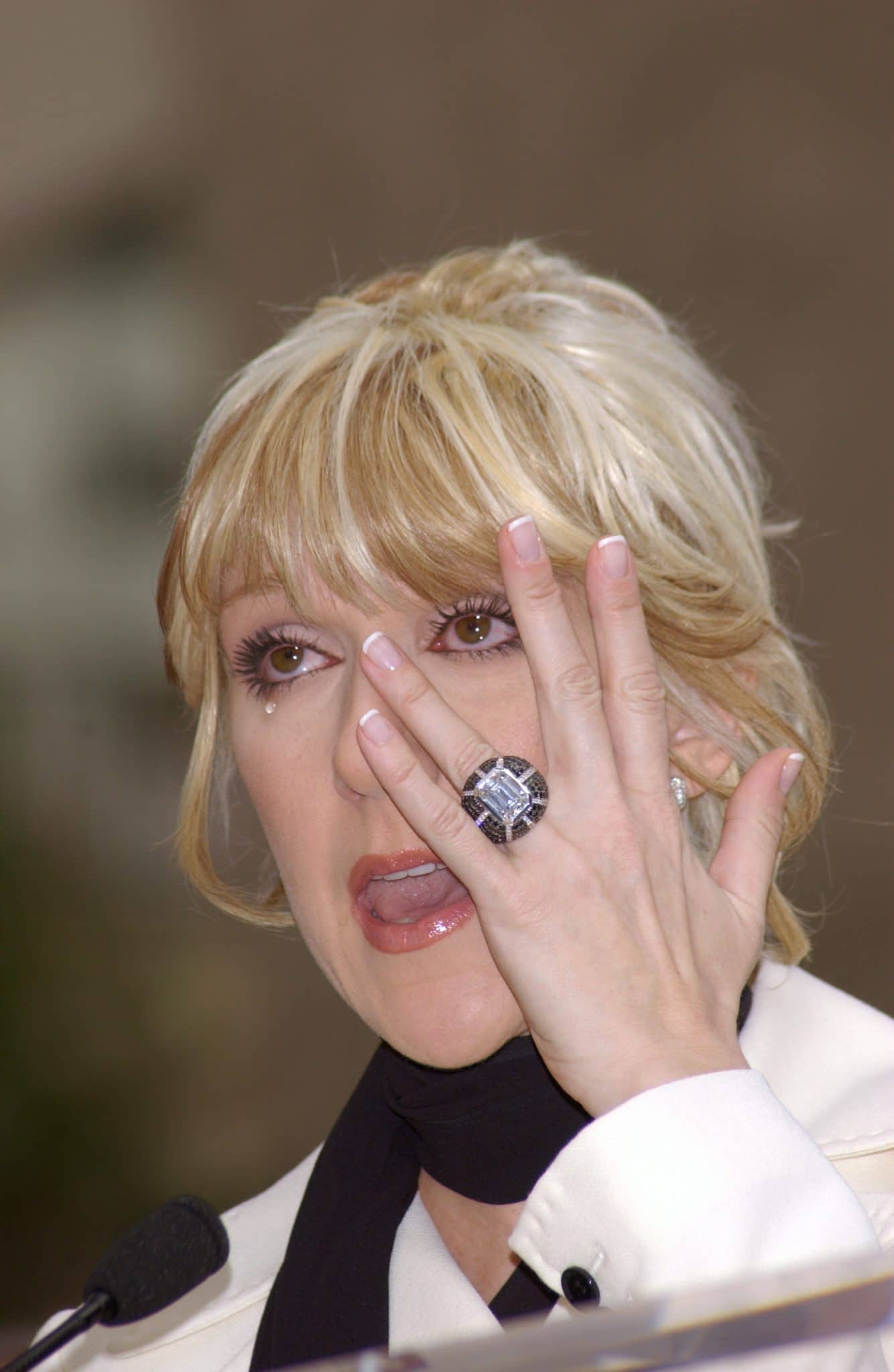 When you think of powerful belting and technically skilled vocals, there’s one name that comes automatically to mind: Celine Dion. She possesses an amazing three-octave vocal range and sustains long notes without the slightest hint of wavering.

Celine comes from quite a big family. She was the youngest of 14 kids.

Since the family didn’t have enough beds for everyone, Celine used to sleep in a cabinet drawer. Luckily, fate has been kind to her and brought her to where she is now!

Performing at a Bar

The Dion family owned a piano bar called Le Vieux Baril in Charlemagne, Quebec. Many of her family members perform there, as most of them are musically inclined. Since she was 5 years old, Celine has played there as well.

Through Her Mom’s Efforts

Celine’s mom knew her daughter’s talent and wanted her to be noticed. Thus, she sent a demo to Rene Angelil, a producer and talent manager with a note that read, “This is a 12-year-old with a fantastic voice. Please listen to her. We want her to be like Ginette Reno.”

Angelil didn’t initially respond, but one of Celine’s brothers eventually reached him and begged him to listen to the demo. When he finally did, Angelil immediately contacted Celine to invite her to an audition.

When Celine went to the audition, Angelil gave her a fake microphone and told her to use it as if she was singing in front of a sold-out audience. Celine performed wonderfully.

Meanwhile, it was obvious to Angelil that Celine would soon be famous, so he signed her immediately.

A Gamble on Her Career

Angelil was so sure that Celine was going to be a superstar. He was convinced that he even mortgaged his house to fund her first record and tours. Fortunately, his gamble paid off because Celine’s first single in 1981 reached the top of the music charts in Canada.

Celine was on a tour to promote her Incognito album when she suddenly strained her voice. She completed a total of 75 shows in Quebec and performed her first solo concert in Switzerland. Not only was she completely exhausted, but she was also diagnosed with laryngitis. The doctor gave her the option to not undergo vocal chord surgery, given that she would refrain from using them. She obliged and underwent vocal training afterwards.

In 1990, Celine released Unison. This paved the way for her to gain more recognition and enter the international market, which boosted her career further.

The record was then certified gold in the United States. It also had multiple top 10 hits, including Where Does My Heart Beat Now. She seemed to be on track following success, but something suddenly happened.

Rumors about a possible romantic relationship with Angelil began circulating, but Celine waited to make an official announcement. She finally opened up about it before releasing the album, The Colour of My Love.

The two dated when Celine was 19 years old. Angelil was 26 years older than her at the time. Despite how great they seemed together, many people still deem their age gap to be too large. Nonetheless, they stayed together, married, and started a family.

A Lack of Parental Approval

Celine’s mother wasn’t a huge fan of her relationship with Angelil. She said when she told her mom about the relationship, she tried everything she could to make Celine “snap out of it.”  While she was upset by her mother’s lack of approval, Celine said that she understood where she’s coming from. Her mom simply wanted the perfect “Prince Charming” for her daughter.

Angelil married Celine on December 17, 1994 at the Notre-Dame Basilica in Montreal. The entire ceremony was broadcasted live through the Canadian TV.

Celine wore an extravagant wedding dress designed by Steve Gentile and Mirella. The dress had a 20-foot train which took over 1,000 hours to make. She also wore a tiara that weighed 20 pounds.

Celine’s husband had to convince her to record and release the single My Heart Will Go On because she never wanted to do it. In an interview with Billboard, she said he told composer James Horner to have her record a demo.

“I wanted to choke my husband because I didn’t want to do it,” Celine said. “I just came out of “Because You Loved Me,” and then “Beauty and the Beast” was, like, huge. Why do we need to break our nose?”

Her husband was definitely right though! The song became a huge hit after being released in 1997, taking home several awards like the Academy, Golden Globes, and Grammys.

The decade of the 90s was going well for Celine’s career, but that doesn’t mean she didn’t have her down moments. Although she had released 13 studio albums, it was also the decade when her husband was diagnosed with cancer. The news was truly devastating, and Celine ended up taking a break from her music career.

After learning Angelil’s condition and taking a break from her career in 2000, Celine focused on trying to conceive. She underwent two operations at a fertility clinic to further increase her chances of becoming pregnant. Eventually, she succeeded and gave birth to first born Rene-Charles Dion Angelil on January 25, 2001.

Celine continued her in-vitro fertilization treatment, and on October 23, 2010, she and Rene welcomed their twin sons. They named them Eddy and Nelson, after Eddy Marnary and Nelson Mandela, respectively.

Rene-Charles Angelil, Celine’s oldest son managed to create his own following after presenting his mother with an award at the Billboard Music Awards. The event was one of his first appearances in public. Rene-Charles’ youthful and attractive appearance definitely caught the attention of the viewers and the media.

Since Rene’s uneventful fate from his disease, Celine had the burden of preparing her children for his death. In an interview, she talked about the process of having her three sons be ready for their dad’s passing. She said she was proud of how she did it.

She went on saying, “In life, you never know what’s going to happen, so you should never wait for tomorrow to do what can be done today, to say I love you, or send a thank-you note…The future is now.”

In 2002, after years of hiatus, Celine came back and released a new album called A New Day Has Come. The album talked about her life as a new mother, but it did not receive much praise. Critics said that her lyrics were rather “lifeless” and “forgettable.” Nonetheless, it still debuted at the top of the Billboard 200 chart.

Aside from best-selling albums and chart-topping records, Celine also holds the highest-grossing residency ever. She signed a deal for nightly performances at Caesars Palace’s The Colosseum. Her show rated 5 stars and grossed $385 million in total.

The success of that first show resulted in her getting a second deal for a residency show in 2011. This deal lasted until 2019.

Compared to the other resident performers, Celine has set the record as the highest paid, earning $500,000 each show. For the record, that is higher than famous artists like Elton John, Mariah Carey, Britney Spears, and more.

Oprah Winfrey’s OWN Network released a documentary about Celine’s life in 2011. The documentary covered exclusive features like her pregnancy and the production of her Las Vegas show. To-date, Celine’s documentary still remains the second-highest-rated show on TV for OWN Canada.

A Canadian and American Star

Celine has definitely made a name for herself in both Canada and the United States. As a solid proof, she’s one of the only handful of Canadians to have a star on the Hollywood Walk of Fame. Moreover, she also has the same recognition on Canada’s Walk of Fame.

Since she became famous and successful, Celine has amassed a great amount of fortune, all thanks to her million-earning records, sold-out concerts, delicious restaurant chain, fashion line, and investments in real estate.

During the 2000s, she was reported as one of the highest-grossing artists in the world. We’re not surprised though, as she has earned $465 million just from her performance in Las Vegas.

One of the Century’s Best Songs

Part of the Recording Industry Association of America and National Endowment for the Arts’ efforts to promote a better understanding of America’s musical and cultural heritage is recognizing “Songs of the Century.” One of Celine’s biggest hits, My Heart Will Go On, was included on the list and it’s definitely easy to see why!

Honored by Her Own Country

Celine’s achievements are outstandingly remarkable, and Canada would not miss an opportunity to honor one of its biggest stars.

Celine is also a philanthropist, and her contributions to charities around the world makes her a perfect Goodwill Ambassador.

In 2010, she was officially named a Goodwill Ambassador by the United Nations. She has partnered with numerous organizations, including the Canadian Cystic Fibrosis Foundation. She also worked with kids and together with McDonald’s, she was able to raise money for World Children’s Day.