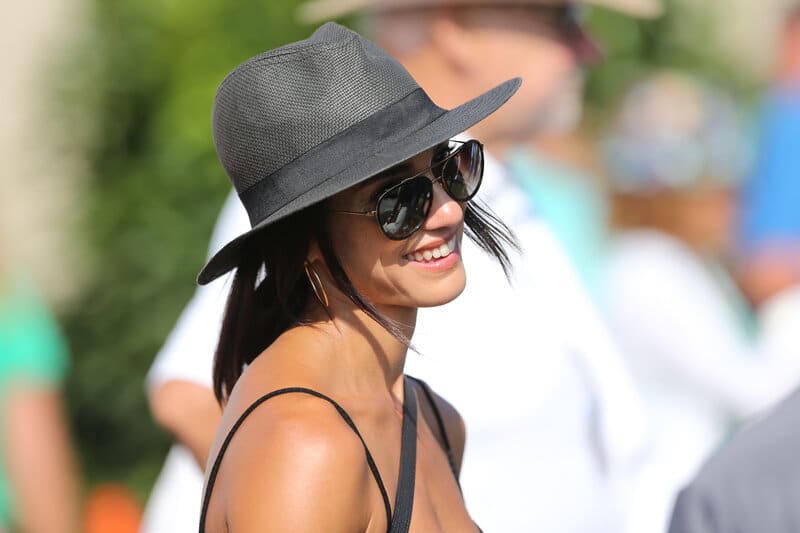 Having set five U.S. pole vaulting records by 2007, sportswoman Allison Stokke was eager to score another win. Minutes before the competition, as the young pole vaulter readies herself, a photographer snaps at her direction. A few weeks later, the athlete’s life completely turned upside down, all due to one picture.

Before pursuing a career in pole vaulting, the star athlete first considered doing gymnastics, taking after her brother David. Eventually, Stokke settled on pole vaulting because of the social aspects of both sports. She told the website DyeStatCal in 2004, “In gymnastics I never knew any of my competitors, and people kind of stayed to themselves. On track, people that I compete against are really my friends, and I enjoy seeing them all at the meets.”

Stokke has devoted herself to the sport since, working out thrice a week to better focus on her body. Fortunately, all her efforts paid off as she set a new record of 13 feet 4 inches for a pole jump. She was only 15 years old then. The following year, she set a record again for her age group. The young athlete was clearly heading for stardom. Sadly, when the pole vaulter star made headlines across the web in 2007, it wasn’t solely due to her sporting achievements.

Young Star in the Making

The truth is, Stokke simply had no control over people’s minds after her picture exploded on the internet. Up until that point in her career, the star athlete was only focused on advancing in her discipline. In high school, she took second place in the CIF state final despite having just recovered from a leg injury. Then, she won first place at the Orange County Championships and became the Female Athlete of the Meet. She was also merited with an Academic Excellence Award by her high school and received a scholarship from the University of California.

“I started at 9-06, then worked up steadily to 11-08, with my biggest improvement from one week to the next when I vaulted 12-07 at the Southern Section Masters (or State Qualifying) meet, which made me the national frosh record holder,” said Stokke. She also told the DyeStatCal website in 2004 that she hoped to compete in the under-18 championships the following year.

The DyeStatCal article on Stokke concluded with the words, “Best of luck down the road to this mild-mannered Orange County beach area star who should give us years of reasons to […] tune into the internet to follow her efforts around the nation and world!” Seems like a foreshadowing, though, as the image of Stokke taken in 2007 attracted huge attention and went viral online. However, it was not solely because of the pole vaulter’s sporting abilities.

Things were looking good for Stokke during the 2007 sporting meet. Several press went to cover the exciting event, and a particular cameraman present was taking photos for a sporting website. Without the slightest idea of what would happen later, he snapped a picture of Stokke about to do the jump, in her white tank top.

There was nothing sexual about the image of Stokke. She was simply standing while adjusting her hair, dressed in the typical clothes a pole vaulter would wear to compete in the sporting event. However, some people immediately sexualized her. That was where things got off hand. A blogger named Matt Ufford perpetuated the image to go viral online. He posted it to his popular website WithLeather.com, with a malicious headline stating, “Pole vaulting is sexy, barely legal.”

Alongside the photo, Ufford wrote, “As best as I can tell from my rudimentary internet sleuthing, Allison turned 18 less than two months ago, and she’s still a senior at Newport Harbor, which last time I checked – and I check often – is a high school. Writing these kinds of posts is precisely why I keep getting mysterious, threatening voicemails from someone that sounds like Chris Hansen.” Chris Hansen was the host of To Catch a Predator from 2004 to 2007.

To make things worse, some commenters of Ufford’s blog post were openly objectifying or sexual in their remarks. Luckily, not everyone who visited the page shared that view and has called out Ufford for having no rights to use the photographs.

While taking down the post is the least that he could do, the damage had already been done. Stokke and her family bore the burden of it. They spoke to Eli Saslow of The Washington Post in May 2007, and revealed that the young athlete had been badly affected by the incident. Saslow wrote, “She is recognized – and stared at – in coffee shops. She locks her doors and tries not to leave the house alone.”

Stokke told the interviewer about how she had been subjected to multiple sexual comments online, some of which her parents had seen. Her mother Cindy said, “All of it is like locker room talk. This kind of stuff has been going on for years. But now, locker room talk is just out there in the public. And all of us can read it.”

The family worked hard to control the situation. When a fake Facebook profile for Stokke came about, the tech giant was told to remove it. However, it wasn’t enough. Stokke said, “Even if none of it is illegal, it just all feels really demeaning. I worked so hard for pole vaulting and all this other stuff, and it’s almost like that doesn’t matter. Nobody sees that. Nobody really sees me.”

As Blind As A Bat

Saslow of The Washington Post spoke to Ufford to explain his side. He said, “I understand there are certain people who are put off immediately by the tone of my blog. Every week, there’s somebody who takes offense to something, but that’s part of being a comedy writer. If nobody is complaining, it probably wasn’t funny. You are hoping for some kind of feedback.”

Justifying his actions further, Ufford continued, “How would I feel if it were my daughter that got this unwanted attention? Well, I don’t know. I’d like to think I’d feel fortunate that my daughter was a record-breaking athlete and honors student with no physical or mental deformities.”

“It’s 2007, people: time to realize that attractive women athletes will always be recognized and – yes, sometimes – obsessed over. Is it right or wrong? I don’t know. But it’s reality.” Based on his insensitive remarks, we evidently see Ufford blatant disregard for Stokke’s feelings.

Years after, the incident still remains in Stokke’s mind. In 2016, she spoke to the ESPN website about her life ever since. She said, “I feel like me and that picture are two different people. I feel it has taken on a life of its own. It’s like that picture is my alter-ego, and sometimes I feel like I use it for a positive force, and sometimes I just choose to leave it out there and not engage with it.”

At that point, Stokke was already 27 years old. She previously took time off from pole vaulting to pursue both higher education and modeling. After several offers from big companies, the pole vaulting star had modeled for Nike, Athleta and more. She also became a brand ambassador for the camera company GoPro.

ESPN’s Kate Fagan noted that the pictures led to the failure of respecting boundaries throughout Stokke’s career. She wrote, “In the months after the picture went viral, photographers would kneel beneath her at meets, shooting upward as she stood on the runway before an attempt. Grown men would send postcards, with handwritten notes, to her home in California. Some of the sentiments were kind, some were not.”

In the interview, Stokke stressed on the double standard between women and men in the sports world. She said, “I’ve never seen this viral thing happen to a male athlete who isn’t also already the best at what they do. Yes, male athletes are also hailed for being incredibly attractive, but they’re usually top-ranked in the world, too.”

Furthermore, Stokke said, “At Cal, I wrote about it once for a Sociology class. We were supposed to write about some deep thing that affected you emotionally, and then you had the option to share, or not share and delete it. And I didn’t share it. I deleted it. I wish I still had that somewhere because I think it would be very different now.”

Things have changed a lot for Stokke since the photo went viral in 2007. In October 2019, she married professional golfer Rickie Fowler. Ironically, Fowler has also been the subject of a viral photo, but under different circumstances. Back in 2016, he amusingly shrugged at the camera when he realized he was the only member of his team not kissing their partner. Lucky for Fowler, he doesn’t have to shrug anymore. He finally has his wife Stokke to accompany him to his golf games.

Stokke might not have gotten the best payback from her viral photo, but the sporting world has thankfully changed for the better. After all, it’s not 2007 anymore, and the world of women’s sports has improved since then. Moreover, the popular #MeToo movement that started in Hollywood has also touched the sporting communities. Hopefully, the progress continues and women will no longer be subjected to objectification of any sort.