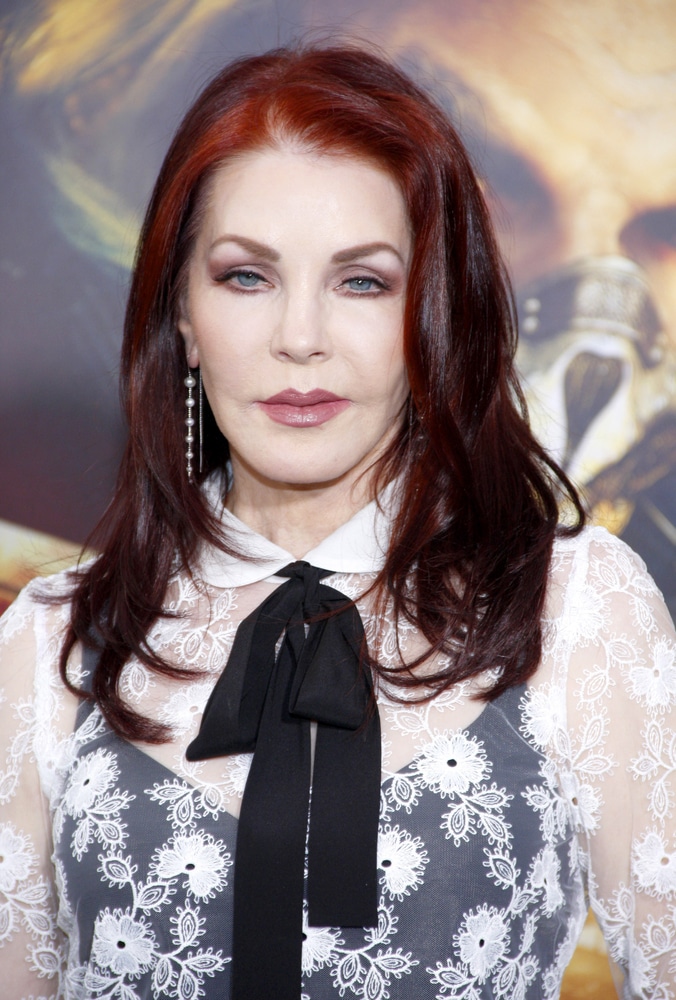 When one thinks of marriage, the ideal is to live a wonderful life with your soulmate, raise a family, and grow old together. Some of our favorite celebrity couples are embodiments of this perfection including Blake Lively and Ryan Reynolds, David and Victoria Beckham, and Oprah Winfrey and partner Stedman Graham. While many artists would’ve made it in our list of successful and beautiful marriages, Priscilla Presley might just be an exception.

Being married to the King of Rock wasn’t all bursts of sunshine and dedicated love songs. Instead, Priscilla has generally described the union as a horrifying experience. After his death, she has finally shared accounts of what it’s like living with her ex-husband Elvis Presley. Here are some of the things we learned behind Priscilla’s marriage to Elvis.

Not Love At First Sight

Before they met, Priscilla wasn’t particularly interested in Elvis. Why? Apparently, she had seen a magazine that featured a photo of the King of Rock, which she found appalling. Elvis was pictured signing an autograph on a particularly inappropriate place of a blonde beauty’s body. This, then, didn’t sit well with Priscilla.

On the first day they met, Priscilla returned home a bit later than expected. Of course, her parents were furious, and they insisted that Priscilla shouldn’t be allowed to see him ever again. However, Elvis was determined and persistent. He had convinced them that the incident of Priscilla coming home late would never happen again. It eventually worked and the two continued seeing each other.

Despite completing his military service requirement, Elvis unfortunately had returned to war. Nonetheless, he and Priscilla kept in touch for years.

“Elvis kept in touch with me as I wrote him letters as well for two years, so my parents saw that there was something that was going on and it was more than just friendship,” she explained.

While they were in a long-distance relationship, rumors spread that Elvis was having affairs with other women. He was linked with his Viva Las Vegas co-star Ann-Margaret, as well as singer Nancy Sinatra. In an attempt to clear the controversy surrounding him and to also appease Priscilla’s mind, Elvis asked her to move in with him. This seemed to have solved the problem as the couple were seen happy together.

In Christmas of 1966, Elvis proposed to Priscilla after having lived together for several years. However, different speculations rose about the details of the proposal. Rumors say that Priscilla threatened Elvis that she would leak their relationship status to the press if he didn’t propose.

So, the two married at the Las Vegas Aladdin Hotel in May of 1967, with the ceremony taking only 8 minutes. While it is not the typical wedding most women would dream of, Priscilla still married the man many ladies yearned for. Little did she know, this was only the beginning of a frustrating life with him.

A few months after being married, Priscilla learned that she was expecting a baby. This made her anxious and nervous. Unfortunately, Elvis wasn’t as kind as he should have been to Priscilla at the time. She recalled him saying that women who get pregnant act as though they have an excuse to let themselves go.

These comments irritated her so much that she almost considered aborting their child. However, the couple went through with the pregnancy and on February 1, 1968, Lisa Marie Presley was born.

Priscilla was happy becoming a housewife and a mother. Sadly, this did not mean her relationship with her husband was getting any better. According to her, Elvis was very possessive, and he would always speak his mind and control her every move. He even went as far as controlling the times he allowed her to clean and to do the things she enjoyed, as well as choosing the dresses she was to wear.

Elvis and Priscilla were a decade apart in their ages. Despite this fact, he was still vocal about not wanting her to look old. Accounts mentioned that he would make her feel self-conscious by slapping her in the forehead. He would bring attention to anything that would potentially give her wrinkles.

Even during these instances, Priscilla still tried to maintain a youthful image with her husband at her side.

Despite disagreements in her marriage, Priscilla still puts an effort to look beautiful for her husband. She was keen not to lose her husband, especially to another youthful woman. Hence, she always made sure she was wearing makeup.

Priscilla also admits that she tried to emulate the styles of other celebrities in order to keep her husband interested and content. Unfortunately, that didn’t always help out with the situation at hand…

While Priscilla loved Elvis dearly, there were times that she felt unsafe and even scared of him. She had said that Elvis became a different person when angered, and would often hold a grudge.

There were also instances when he would gun their television set when he felt bothered by something large or small. Looking back, Priscilla believed it was extremely scary at that time, but she continued to try to make the relationship work.

A Little Too Late

For many years, Priscilla tried to make her relationship work with Elvis. However, she could only do so much.

Eventually, she started taking Karate lessons, and she developed an intimate relationship with her instructor, Mike Stone (not in the photo). This affair eventually became known to the public, and Elvis saw this incident as an eyeopener and began to realize his relational flaws. He then tried to fix things with her, but it was too late. He could no longer do anything about it.

Following the incident, the couple separated in 1972. Elvis filed the divorce papers to prevent Priscilla from declaring her current address with Lisa Marie on public records. This was also to avoid risking his wife and daughter’s security and privacy.

After the divorce was finalized, she received $725,000 in cash. The settlement also included child support, spousal support, and half the money from their Beverly Hills Mansion. She also received 5% from her ex-husband’s publishing company.

Despite their separation, Priscilla and Elvis remained close, leaving the courthouse on the day of their divorce hand in hand. But that wasn’t the end of the story…

The pair may have separated, but it did not mean that Priscilla no longer loved the King of Rock. In fact, the opposite was true.

“I needed to find out what the world was like, really, it was one world. But the greatest thing about our relationship was that we still loved each other,” she remarked.

In 1977, Elvis died, and the whole world mourned. Priscilla was in great disbelief. In an interview, she opened up about her late ex-husband and said that behind all the fame and persona, he was alone. She was now faced with grief.

Coping With The Loss

After Elvis’ death, Priscilla went through a rough journey. During the same year of his death, she decided to devote herself to the Church of Scientology. Actor John Travolta was also a member of the practice and helped her get through her pain. She later influenced Lisa Marie to join in faith, which she did until 2014. After her daughter left the church behind, Priscilla left too, 3 years later.

Turning the Estate into an Attraction

When Elvis died, Priscilla had to act as the executor for his only heir, Lisa Marie, who was only 9 years old at the time. She was left with the Graceland estate. Although this property was worth millions, it was also very expensive to maintain. Instead of selling the property, she decided to turn the estate into a tourist attraction. When it opened to the public, she not only made a turnover for her investments, but also created a way to honor her late ex-husband’s legacy.

Making A Name For Herself

Priscilla didn’t only want to be known as Elvis Presley’s ex-wife. She thrived and became a businesswoman, able to turn Elvis Presley Enterprises (EPE) into a $100 million dollar company. She teamed up with fashion stylist Olivia Bliss and entered the fashion business. Soon after it ended, she branched into the fragrance industry. She also became an actress and starred in the 80s series, Dallas, and the comedy film trilogy, The Naked Gun.

40 years after his death, she shares that she still gets the opportunity to communicate with him. She confesses that when she goes to Graceland, she sees Elvis walking down the stairs, often hearing laughter and music playing from within the music room. While the experience was uncanny, she claims that she doesn’t find it scary, but rather interestingly beautiful. And, it gave her time to reflect on the rock star’s career.

Contrary to what many believed, success didn’t happen overnight for the King of Rock. That was false. “It didn’t happen the way maybe you would read it where he just came on the scene and that was it,” said Priscilla.

Clarity, Once And For All

People may wonder why Priscilla was willing to admit all that Elvis was, including the good and the bad. She explains, “There are so many books that have been written about Elvis that (have) so many untruths, fables, myths, altered information, false information, that at this time I would like to clear a lot of that up.”