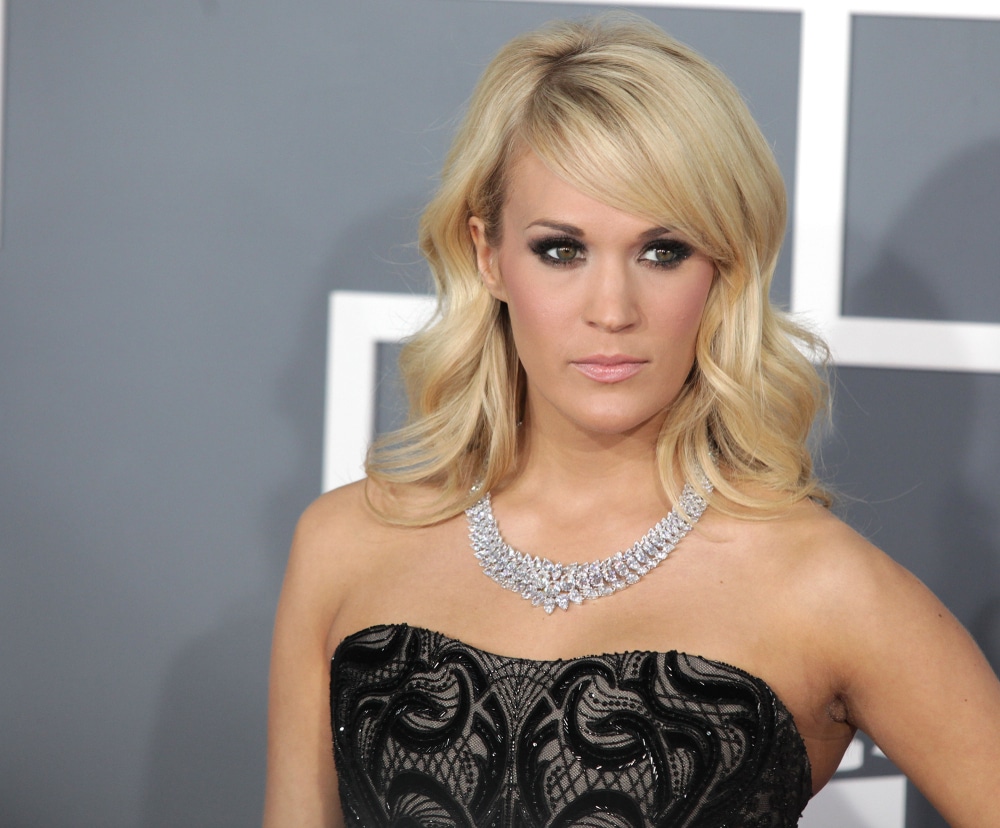 From Kelly Clarkson, to Carrie Underwood, to Phillip Phillips, American Idol has jumpstarted the careers of multiple musicians who have found immense success in the music world since their wins on the show. But, where are these artists today, and are they all still pursuing music?

We’ve researched all 19 American Idol winners to see what they’re up to now, so get ready to be surprised because as host Ryan Seacrest always says, “THIS…is American Idol!”

In 2002, Kelly Clarkson, one of the most famed pop stars of the twenty-first century, won the first season of American Idol. The win marked the start of her career, in which she first released “A Moment Like This,” which later debuted on her first album Thankful in 2003. Clarkson has released numerous successful singles throughout her career, including “Breakaway,” “Since U Been Gone,” and “Stronger (What Doesn’t Kill You).” Clarkson has been a coach on The Voice, acted in both movie and TV roles, and written her own books. She continues to write music and coach on The Voice.

Most people remember Ruben Studdard’s American Idol season for the close call between him and Clay Aiken at the finale. After Studdard won the season, he recorded his first of seven studio albums, Soulful, which reached number two on the Billboard Hot 100 chart. He has won multiple awards for his music since his big American Idol win, too, including three Billboard Music Awards.

Aside from music, Studdard has made appearances in a variety of movies, including Scooby Doo 2: Monsters Unleashed. Studdard has also created his own organization, The Ruben Studdard Foundation for the Advancement of Children in the Music Arts, to fund arts education in Birmingham.

After Fantasia won American Idol in 2004, she went on to release seven studio albums, write her own memoir, and star in two Broadway shows, The Color Purple in 2007 and After Midnight from 2013 to 2014. She has also released over three million records, won a Grammy for her performance of “Bittersweet,” and even reached number one on the Billboard Hot 100 chart with her song, “I Believe.” Today, she continues to create music and is a new mom to daughter, Keziah.

Almost everyone has heard of Carrie Underwood, but not everyone knows her stardom as a country artist sprouted from winning American Idol in 2005. Since winning Idol, Underwood has released eight albums and won countless awards for her music, including seven Grammys, fifteen Academy of Country Music Awards, and five CMT Artists of the Year awards. Underwood has also ventured into acting since her Idol win and starred in the movie Soul Surfer and a variety of shows, including How I Met Your Mother. She is an avid animal rights activist, philanthropist and entrepreneur with her own clothing line, CALIA by Carrie Underwood. Underwood is currently married to Mike Fisher, with whom she shares two children.

Since Taylor Hicks won the fifth American Idol season, he has only released two albums, both independent. From 2012 to 2013, he held residency at Bally’s in Las Vegas. Today, he continues to tour across the U.S. and even appear in movies, including Stars Fell on Alabama.

In 2007, Jordin Sparks won the sixth season of American Idol against runner-up Blake Lewis. Her career as a musician blossomed shortly thereafter, with the release of her debut album, Jordin Sparks. The album brought to life “No Air,” which she co-sang with Chris Brown, and which has sold over three million copies in the U.S. since its release. It even earned a Grammy nomination. Sparks has also released three other studio albums, as well as five EPs/mixtapes. She is currently married to Dana Isaiah, a Hawaiian model, with whom she shares a son.

Rocker David Cook won the seventh season of American Idol in 2008 and shortly released his album, Analog Heart, afterward. Cook has released a total of four albums since his win on Idol and headlined four tours. He has notably toured with Gavin DeGraw and worked alongside a variety of musicians, including Ryan Tedder of OneRepublic and John Rzeznik of Goo Goo Dolls. In 2018, Cook moved into the theatre realm and starred in Kinky Boots on Broadway. Today, he resides in Nashville with his wife.

Kris Allen won the eighth season of American Idol against Queen soundalike Adam Lambert. Although Allen has remained an avid musician, releasing six albums since his Idol win, he has also continued philanthropy work, including raising money for music education, around the world. Allen worked with TOMS Shoes in the early 2010s and traveled to Rwanda. The following year, he traveled to Haiti after the earthquake and helped raise $250,000 for support.

Allen is currently married and has three children. He continues to create music in his band, The Dames.

After winning the ninth season of American Idol in 2009, Lee DeWyze signed with RCA Records, where he recorded his first studio album, So I’m Told. Since the album’s release, DeWyze recorded six other studio albums and participated in various charity campaigns for cancer research. Dewyze formed his own band, the Lee Dewyze Band, and he continues to record music to this day.

American Idol‘s tenth season winner, Scotty McCreery, has become a successful and well-known country musician since his big win. McCreery has won two American Country Awards, an Academy of Country Music Award, a CMT Music Award, and three BMI Country Awards. His first studio album, Clear as Day, was certified Platinum in the U.S. upon its release, and it peaked at number one on the Billboard 200 chart around the same time. McCreery released his latest album in September 2020. He is married to his longtime girlfriend, Gabi Dugal and lives in North Carolina.

Phillip Phillips has had quite the successful career since his Idol win in 2012. His first single and winning song “Home” has sold over five million copies in the U.S. alone. The album it came from, The World from the Side of the Moon, was certified Platinum under RIAA in 2013. Phillips has released three albums since his 2012 win, and he has been on ten music tours. He has opened for Matchbox Twenty, John Mayer, and Goo Goo Dolls. His song “Raging Fire” won a BMI Pop Music Award in 2014, and he continues to lead a successful music career to this day.

Candice Glover auditioned three times on American Idol before she won in 2013. After her time on the show, she released her first album Music Speaks with Interscope Records, with whom she is not longer signed. She currently writes music independently and hopes to release a second album in the near future.

Under Interscope Records, Caleb Johnson released his first solo album Testify after winning the thirteenth season of American Idol. He recorded the album in just three weeks. Shortly after, he released two singles and then joined the Trans-Siberian Orchestra for a short stint. He has also released albums with his band Caleb Johnson & The Ramblin Saints, but most recently, he released his album Mountain Mojo Vol.1.

In 2015, pop contestant, Nick Fradiani, took the American Idol crown. His subsequently released album, Hurricane, only sold 5,000 records in the U.S. Fradiani has also released an EP titled Where We Left Off, an album that Beach Avenue’s guitarist, Nick Abraham, wrote.

Following Fradiani’s pop influence, country singer, Trent Harmon won the following year on American Idol. After winning, Harmon signed with Big Machine Records, with which he released You Got ‘Em All in 2018. The album flopped and sold a mere 4,500 units in the U.S.

Maddie Poppe was releasing music before her American Idol season 16 win in 2018. In 2016, she released Songs from the Basement on her own. But, American Idol brought her a new level of success in the music industry. She released her first studio album Whirlwind after the season finished and went on to release Christmas From Home, an independent album, in 2020. Poppe has also won a People’s Choice Award and a Talent Recap Fan Choice Award, both for her time on Idol.

Against all odds, country singer Laine Hardy won the sixteenth season of American Idol against the ever-popular runner-up Alejandro Aranda. Hardy subsequently released an EP, In the Bayou, after his time on the Idol stage. The EP had three songs on it. Outside of his debut EP, Hardy has released six singles and a 2021 EP titled On the River.

Samantha Diaz, better known as Just Sam, won the eighteenth season of American Idol. Her covers of “I Believe” by Fantasia Barrino and “Stronger (What Doesn’t Kill You)” by Kelly Clarkson gained her massive attention and ultimately helped her win. In 2020, she released a performance version of the single “Rise Up” by Andra Day. She released her own single “Africando” in 2021.

In May 2021, Chayce Beckham, a former heavy machinery operator from Apple Valley California, won the nineteenth American Idol season. He released his single “23” under Hollywood Records and plans to start recording music professionally in the near future.