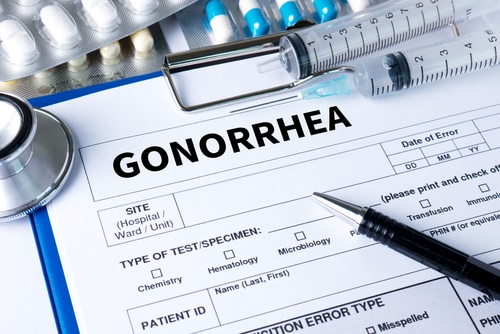 Gonorrhea is an infection caused by bacteria that can be transmitted through sexual intercourse and skin-to-skin contact. If left untreated, the disease can spread to the blood and joints, causing permanent damage.

Fortunately, there are several options that are effective at treating gonorrhea—and there’s also one treatment option with zero side effects. Let’s learn more about these different treatment options and how to decide which one’s right for you or your loved one.

While taking antibiotics is still the most reliable treatment for the clap, many turn to herbal remedies to supplement these treatment. Herbal remedies, while still clinically unproven, have been promising in many cases. Research published in the Sudan Journal of Medical Sciences reports that garlic, tea tree oil, and eucalyptus, for example, have anti-bacterial properties, suggesting that they can fight against gonococcal bacteria.

It’s important to remember that these treatments still have not been proven to be effective treatments for STDs in large, rigorous trials. Do not replace professional treatments for herbal remedies, and clear any remedies you take with your medical professional, as they may interfere with the effectiveness of your antibiotics.

Taking antibiotics is by far the most effective treatment for gonorrhea. Healthcare providers usually prescribe both ceftriaxone (injectable) and azithromycin (oral). This is done due because the gonorrhea-causing bacteria become resistant to medication the longer it is left untreated.

How long does it take before it starts to clear up?

Normally it takes about 3-5 days after you’ve finished the antibiotic treatment to see if the symptoms persist. If they do, the doctor might prescribe another antibiotic like cefixime, or another treatment altogether. It is important to take the treatment for as long as the doctor orders–even if you start to feel better. Otherwise, the bacteria could become antibiotic resistant, making gonorrhea that much harder to treat.

Along with the antibiotics cited above, our next few treatments can also combat “the clap”…

So you’ve taken your antibiotics but you still think something’s wrong. If you had a gonorrhea infection of the throat, a throat swab culture can detect any remaining traces of the infection. That way, you can put your mind to rest that you are now STD-free or, if you still have gonorrhea, can receive further treatment.

Serious cases of gonorrhea can lead to other medical conditions. In cases of gonococcal meningitis (or gonorrhea-caused meningitis) and gonococcal endocarditis (gonorrhea-caused inflammation of the heart valve), parenteral therapy (intravenous feeding) is recommendable. This treatment involves the bodily intake of nutrients through the veins, ensuring proper nutritional intake (as these conditions can result in a nutrient deficiency).

What are the cons of parenteral therapy?

Like some forms of treatment, parenteral therapy does not go without a few risks and side effects. Some of these include:

It’s important to keep all equipment clean at all times to avoid these complications.

As adults aren’t the only ones affected by gonorrhea; the following treatment is exclusively for its most vulnerable victims…

Babies can also be affected by gonorrhea. Infections for infants occur when an infected mother remains untreated and gives birth. Among the symptoms infants may suffer is gonococcal conjunctivitis (gonorrheal pinkeye). For this condition, neonatal prophylaxis is an effective treatment. It uses erythromycin ointment to fight against gonococcal bacteria, and has a low risk of causing chemical conjunctivitis.

The next treatment on our list is quite unorthodox, but it has yielded some favorable results according to patient testimonies…

Sexually active individuals, especially those who have multiple partners, should have themselves tested for STDs like gonorrhea, chlamydia, and HIV/AIDS once or twice a year. If you’ve had gonorrhea, you should go for retesting three months after treatment so that you can check whether or not you have fully recovered (you can still have STDs without symptoms!).

The adage “by failing to prepare, you are preparing to fail,” could not be truer with our next measure…

If your doctor allows you to have sex again, using condoms is one of the primary preventive measures to decrease the risk of contracting any STDs. Latex condoms have been recommended in particular for durability and efficiency.

Does it offer perfect protection?

No–no condom offers perfect protection. Condoms can be used improperly or break, both of which could lead to infections. Further, if someone has a condition like herpes and the condom does not cover the entireity of the herpes outbreak, skin-to-skin transmission can still occur.

Educating one’s self on safe sex and sexually transmitted diseases has never been easier with the internet giving you access to numerous materials in just a matter of seconds. In this way, you get to learn how STDs work, their effects, and how they are treated. This way, you’ll know how to avoid them in the future. (Well look at that, you’re doing it right now!)

Our last method is perhaps the oldest trick for STD prevention in the book; it’s also critical during treatment…

Disclosing your sexual history to your partner is particularly vital in dealing with STDs. Keeping it secret or lying about any STDs you may have puts your partner at risk, even if you’ve only been involved with them for a short period of time.

As we have stated earlier, since gonorrhea doesn’t usually exhibit symptoms, it’s imperative to seek frequent testing. This fact is true especially for sexually active individuals, so that they can receive treatment before gonorrhea worsens.