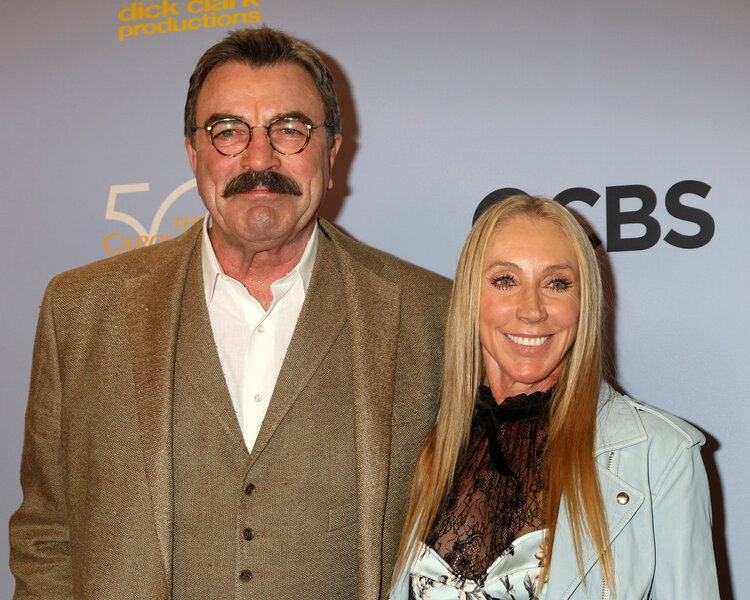 Surely, you have heard of Tom Selleck at one time or another. Remember the quintessential private inspector Thomas Magnum from the crime drama, Magnum P.I.? What about the charming Dr. Richard Burke of Friends? Perhaps, it’s the iconic mustache that you recognize him for.

Whichever the case may be, Selleck is one of the most brilliant actors Hollywood has ever seen. While he may be a well-known public figure, there are still plenty of things that fans do not know about him. Read on to know more about his work, family, and philanthropic deeds.

When he was still a young boy, Selleck’s family moved from Detroit to California. His father worked as a real estate investor, while his mother was a housewife.

Selleck attended the University of Southern California (USC) with a basketball scholarship. On the side, he modeled. Initially, he enrolled under the Business Administration program, but his drama coach told him to try acting. Selleck took the advice and studied acting under Milton Katselas of the Beverly Hills Playhouse.

Did you know that Selleck was on the reality show, The Dating Game? His fraternity brothers and drama coach encouraged him to audition. After his stint on the program, Pepsi found him and booked him for a commercial. That paved the way for Selleck’s career in acting to begin.

Selleck would eventually attract the attention of film company Twentieth Century Fox. He signed with the company and immediately began acting classes the next day.

After taking on various small roles, Selleck finally took on his breakthrough stint that would eventually lead to his big-time Hollywood status. He was casted as Thomas Magnum for the crime drama series Magnum P.I.

Magnum P.I. was a huge hit, partly due to Selleck’s talent. The series ran for eight seasons with a total of 163 episodes and consistently made the top 20 U.S. television programs. The show’s immense popularity led to a reboot series of the same name, which premiered in 2018.

Selleck was outspoken when it came to the writing of his character, Thomas Magnum. The writing team originally envisioned him as a charming debonair. However, Selleck spoke to them and convinced them to portray him more like the average Joe. The writers listened to him, and his character development followed suit.

For his work on Magnum P.I., Tom Selleck won an Emmy and a Golden Globe for Best Actor in a Drama Series. He also received multiple Emmy, Golden Globe, and People’s Choice Awards nominations throughout the show’s running years.

Given his several accolades in the industry, it wasn’t that surprising that Tom Selleck got his star on the Hollywood Walk of Fame. He was awarded the spot in 1986, and it clearly was due to his hard work in Magnum P.I. For the fans: you’ll spot it on 6925 Hollywood Boulevard!

A Superstar of Its Own

You cannot know Tom Selleck without his mustache. After all, it’s one facial feature that was intricately attached to his fame. It has even become a celebrity in its own right! But just how did it get to be that way?

The Mustache Takes Over

In his late show, Stephen Colbert was obviously thrilled to have Tom Selleck as his guest. The reason? Selleck’s mustache! Colbert hilariously joked, “It [the mustache] precedes you into the room by about 30 seconds!”

Colbert asked, “I know you have never expressed any desire to run for public office, but what about your mustache? Because I would vote for that thing!” The audience, as well as Tom Selleck, loved the joke.

Shaving the Mustache Off

Tom Selleck was keen on keeping his mustache until 1997 came when the actor shaved it off. While it shocked many of his fans, he did so for work. He starred in the film In & Out, which required him to go without it. After that, he said he wouldn’t shave the mustache again unless a role required it.

Before Magnum P.I. concluded its run, Selleck worked in the comedy film, Three Men and a Baby alongside Ted Danson and Steve Guttenberg. While his drama series propelled Selleck’s career, the movie, on the other hand, increased his growing popularity. It later went on to become the biggest box office hit that year.

Did you know that Selleck could have been Mitch Buchannon on Baywatch? Yes, you read that right. Selleck could have played the lead in the 90’s hit series. However, he refused the role because he did not want to become a sex symbol. Instead, David Hasselhoff took the part.

Friends, the critically acclaimed 90s sitcom and one of the most popular shows of all time, boasted an astounding ensemble cast and guest stars throughout its run. This of course includes Dr. Richard Burke, a recurring character played by Selleck. He was the ophthalmologist that Monica Geller dated. Selleck received an Emmy nomination for the Outstanding Guest Actor in a Comedy Series award for his role on the show.

In 2007, the actor returned to the small screen as A.J. Cooper on the TV hit show Las Vegas. He played the new owner of the Montecito Casino. It became his first regular acting gig after the success of Magnum P.I.

Selleck starred in the 2010 film Killers with Ashton Kutcher and Katherine Heigl. According to Kutcher, he already had in mind how the character Mr. Kornfeldt will be. “I call Mr. Kornfeldt ‘sir’ in the script a lot. And I was thinking, ‘Who am I going to call sir?’ Who’s a bigger guy, who’s got an intimidating thing, but doesn’t have to try to be intimidating?” The answer would be none other than Tom Selleck.

More recently, Selleck has appeared as police commissioner Frank Reagan on the TV series Blue Bloods. Selleck heads the fictional Reagan family, an Irish-American Catholic family in New York City with a history of work in law enforcement. The series debuted in September 2010 and is currently in its eleventh season run, which premiered on December 4, 2020.

Tom Selleck married model Jacqueline Ray just after one year of dating. They eventually filed for divorce after being together for 11 years. However, because of his big heart, Selleck adopted her son Kevin, and they remained close even after the separation.

An Affair To Remember

Before his marriage, Tom Selleck was quite the heartbreaker during his single years. According to Marie Helvin’s memoir, she and the actor were once involved in a short-term dalliance. An excerpt from her book read:

“When I visited Hawaii once, Tom Selleck was shooting for Magnum PI. We met and a bit of an affair started, then Selleck came to London, we had dinner and went back to his hotel. But the next morning, I sent him a letter to break off this relationship because I was worried about my married life. Later on after a week, he joined Musical Cats backstage and met his wife-to-be.”

A Relationship with Mimi Rogers

After the affair, he also dated Mimi Rogers. The actress would eventually marry Tom Cruise but not without first dating Selleck. The two were in a stormy relationship that only lasted a year.

It was in 1987 when Tom Selleck and then-girlfriend Jillie Mack surprised the public by getting married under wraps. Bob, Tom’s brother, spearheaded the planning and execution of the wedding in a Lake Tahoe chapel. The couple has been together since then and have a daughter named Hannah.

Selleck might have undergone divorce before, but there is no doubt that his second marriage is his last. She is his greatest love. They have been together for 30 years now, still going strong. On their secret to long-lasting marriage, Selleck said, “It’s important to nurture your marriage. I think wanting time away from work has been good for that.”

In an interview with NY Daily News, Selleck also revealed, “Jillie and I have a pretty good partnership. We don’t do anything or make any decisions without consulting each other. And if one of us makes a decision involving Hannah, the other parent completely supports that position, even if you disagree.”

As public figures, Tom and Jillie wanted their daughter Hannah to experience a regular childhood away from the media’s scrutiny and intervention. Today, she is an equestrian and occasionally models for her sponsors and friends.

“As a kid they tried to raise me as normally as possible given my dad’s line of work. Those horses have been a great way for me to have my own accomplishments outside of whatever my parents had done,” said Hannah.

Selleck’s projects were not limited to the big and small screen. He has also worked on stage, including in the Broadway adaptation of comedy-drama film A Thousand Clowns, where he played the main character Murray Burns.

However, critics were unhappy with Selleck’s portrayal because they believed Jason Robards, Jr. would give more justice to the role. The playwright, Gardner, came to his defense and explained that Selleck portrayed Murray the way he imagined the character should be like.

We already know about his amazing acting skills, but did you know that Tom Selleck is also a skilled volleyball player? He played both indoor and beach versions of the sport. He is also the outside hitter for the Outrigger Canoe Club.

One of his teammates from that time said, “Tom was a great teammate, appreciative of being included with such a talented and experienced group, practicing and playing hard when his Magnum schedule permitted… He was very patient with all of us, and we relished the big crowds that replaced the usual sparse number of players’ friends and spouses at the national tourney matches.”

When the last season of Magnum, P.I. was on air, Universal Studios reportedly gave Selleck a $350,000 bonus for his exemplary work. While he would use the money for personal luxury, he also gave $1,000 bonuses to every member of the cast and crew.

We have already learned about his innate kindness, so it’s no surprise that Tom is also involved in philanthropic deeds. Currently, the actor works at The Joseph & Edna Josephson Institute of Ethics, Character Counts Coalition, National Fatherhood Initiative, John F. Kennedy Center for the Performing Arts, and New York City’s Student/Sponsor Partnership Program. He keeps busy helping others when he’s not acting on-screen.