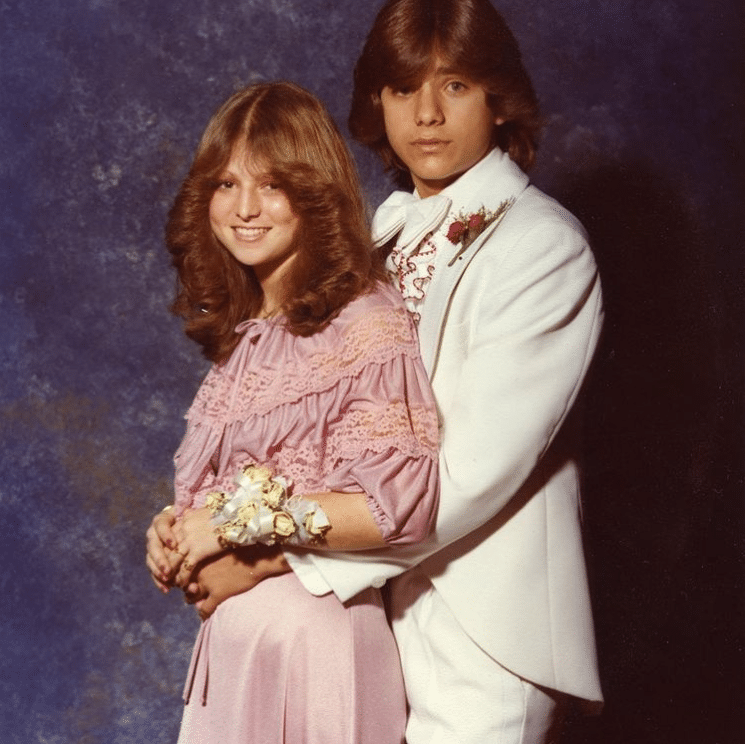 Most people regard prom as one of the most memorable nights of their high school days. Just like us, lots of celebrities also attended prom. Ready to see what your favorite celeb looked like while they were dancing the night away? Read on to find out!

No, Ryan Reynolds wasn’t Blake Lively’s prom date, but we still think she looks adorable in this glittery gown, matched with none other than a tiny tiara.

Before Amy Poehler made us laugh on Parks and Recreation, SNL, and Mean Girls, she performed in high school plays and went to school dances, as pictured above.

Actress, director, and producer Natalie Portman sported a light blue gown and sash for her high school prom. Think she knew at that point how successful she’d be in her career later on?

“Ah!!! I went to prom!” Rowan wrote on her Instagram, as pictured here. The Girl Meets World actress wore a flowery Rodarte dress to her dance.

What about celebrity high school sweethearts? Snoop Dog and Shante met in high school, as pictured here in their prom picture. They’ve been together ever since!

Before Shailene Woodley became extremely popular through her roles in Big Little Lies and The Fault in Our Stars, she went to prom, too, wearing this strappy blue gown.

How sweet does this Pretty Little Liars star look in her prom throwback photo? Decked out in a light-green dress and a beautiful corsage, Lucy Hale is ready for prom!

According to Girlfriend, Meryl Streep earned the Homecoming Queen crown at her high school dance. We’re not too surprised, considering her remarkable accomplishments in film and TV ever since!

Here, sisters Gigi and Bella Hadid are pictured at their 2013 prom with both of their dates. It’s funny to think how far they’ve come since!

Grace Kelly was the inspiration behind Gwen Stefani’s prom dress, according to her Instagram. “This is the dress me & my mom made when I was 17,” she wrote.

As part of the “#PromChallenge,” Kerry Washington shared this flashback photo and then challenged Michelle Obama to do the same!

Brad Pitt attended Kickapoo High School in Springfield, Missouri. Here, he’s pictured with his prom date, just before he headed off to school at the University of Missouri.

Glammed up in a red and gold sparkly gown, Britney sure looked beautiful for her prom!

“Reliving my Senior Prom!” Fanning wrote in her Instagram caption. Her date flew out to see her in Cannes to reenact prom, since she couldn’t be home for the event.

How cute is little Harry Styles in this photo? Pre-“Watermelon Sugar” days, Styles was enjoying time at school dances, just like the rest of us.

Ever wonder what this Friends star looked like before the classic “Rachel” haircut came to be? Well, here she is, at her high school prom!

Parade states this photo dates back to 1982, when Sandra Bullock attended her senior year homecoming dance. She also loved cheerleading and theater.

Look how young Taylor Swift looks next to her prom date! We can’t help but admire her adorable smile.

Can you spot the “Born This Way” singer in this prom picture? Hint: she’s the one in the light blue dress!

Have mercy! Uncle Jesse looks incredibly young cozied up with his prom date!

In this Instagram post, Ellen challenged her prom-aged followers to post their prom outfits with the hashtag “#ellenprom” to make the weight of missing out during the pandemic a little less heavy. “This was mine, so the bar is low,” she wrote.

Mr. McConaughey doesn’t look too different than he does now in this prom picture. Although, he hadn’t starred in any major cinema hits just yet.

Notice that Will Ferrell has always had quite the sense of humor, as pictured here in his prom photo. Think he stole the tiara from his date?

Here, Beyoncé is pictured with her high school boyfriend, Lyndall Locke, for prom. It’s hard to believe that not long after this time in her life, Beyoncé would go on to become one of the most succesful musicians in history.

“My date didn’t tell me she was getting a tan and high heels for the prom,” Jimmy wrote on twitter back in May, 2017. “Standing next to her I looked so pale and so small. #PromFail”