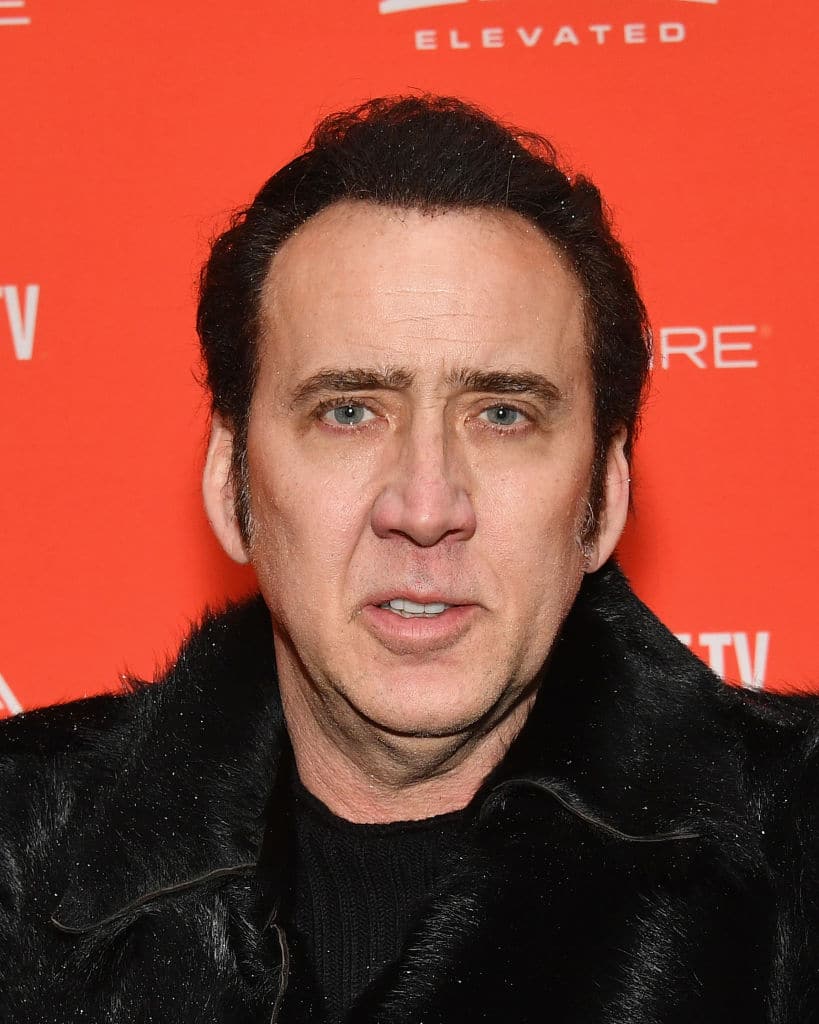 These celebrities all marred their reputations within a matter of seconds. All it takes–usually–is one dastardly moment caught on video, or witnessed by a crowd, to knock celebrities out of our good graces.

Randy Quaid is probably best known for playing Cousin Eddie in the National Lampoon Christmas Vacation movies. As such, he proved his acting chops–he’s got a good track record of being legitimately funny (as long as you agree to ignore Pluto Nash). Also, he was nominated for an Oscar for Best Supporting Role in 1974 for the film The Last Detail. So, he definitely showed promise. Until . . . September 2009.

It was then that Quaid and his wife, Evi, were arrested for not paying a $10,000 hotel bill. Then, they were arrested again for squatting in a home they used to own. Next, they shimmied their way up to Canada to avoid paying their bills. Once they were in Canada, things got hectic–even more hectic than skipping out on their hotel bill and squatting.

When the media announced the Quaids were on the run from the law, the Quaids shot back with a different story–they said they headed to Canada to avoid a secret organization that ended celebrities’ careers by telling outlandish stories about them to the press. The secret organization they named is called, “Hollywood Star Wackers.” Quaid told the Vancouver press that Heath Ledger, David Carradine, and Chris Penn were the cabal’s latest victims.

Regardless of this breaking news brought to Vancouver by Quaid, he and his wife were still arrested and released in 2015.

In February 2017, Quaid posted a video to Twitter of himself with a full mountain man beard pretending to get it on with his wife while she wears a Rupert Murdoch mask. Don’t expect to see him on the big screen anytime soon.

Jennifer Grey was a darling of Hollywood in the 1980s. Not only did she play Matthew Broderick’s little sister in Ferris Bueller’s Day Off she also played Baby in 1987’s cult classic Dirty Dancing. Grey was much beloved, and one of the things audience’s loved was her nose. That might sound a little odd but it’s true.

One of the people who didn’t like her nose was her. In the early 90s, Grey decided to do something about it. So, like so many Hollywood starlets before her, she got a nose job. As it turned out, her smaller nose made her completely unrecognizable to fans and movie producers.

Grey once said, “It was the nose job from hell. I’ll always be this once-famous actress nobody ­recognizes because of a nose job.”

Wesley Snipes was a big star in the 1990s. He had roles in several iconic films, such as White Men Can’t Jump, To Wong Foo Thanks for Everything, Julie Newmar, and the Blade trilogy. He was considered an up and comer and we assume his fans figured he was in it for the long haul. Then . . . Snipes decided to not pay his taxes.

Snipes’ tax offenses were bad enough that he went to jail. He was found guilty of willfully not filing taxes for three years and got a year on the inside for each year. To add insult to injury, he had to pay back $17 million in taxes and penalties. Since it’s pretty hard to make a Blade sequel from jail, his tax evasion marked the end of his career.

We’ve seen this story in Hollywood over and over, again, haven’t we? If you want a career, don’t try to get tricky with Uncle Sam.

There are a lot of cautionary tales we can exhume from Paz de la Huerta’s career. The first is not to cover yourself with honey while berating people in a sauna. (It’s a long story, but she did that).

The young actress seemed to be on her way up as she played Nucky’s girlfriend on Boardwalk Empire, and she didn’t mind taking her clothes off in front of the camera. She was clearly an eccentric type and one that intrigued her audiences for a while. Until she embarked on a series of unfortunate incidents.

While she was on the show, TMZ got footage of her super drunk after the Golden Globes. She slipped and fell, which resulted in her breast hanging out. Okay, that could happen to anybody. Unfortunately for Paz, she was too wasted to notice (strike one). Next, she was arrested for assault when she (allegedly) threw a glass at a reality star then punched her in the face. (Strike two). Back on set, she was seen–several times, even though only once would have been too many times–shaving her pubic hair in public. (Strike three).

Maybe the lesson we can learn here is not to mistake intoxication for “eccentric.”

Stand-up comedy is a difficult endeavor in and of itself. It takes a long time to craft a routine and it leaves the comedian quite vulnerable to the opinions of the audience. That being said, it’s definitely an art and there are a lot of dos and don’ts if you want to keep the audience on your side.

When Seinfeld‘s Michael Richards was faced with a heckler. He made a split-second decision to respond to the man’s criticism with a series of gasp-inducing racial slurs. He even went so far as to demand the African-American customer be thrown out of the club. And that wasn’t even the worst part.

A video found its way online, revealing Richards stopping his show mid-monologue and turning on the audience member. He said, “Fifty years ago they’d have you hanging upside down with a fking fork up your a.” The audience recoiled and the comedian left the stage without finishing his routine.

Richards appeared via satellite on the Late Show with David Letterman to apologize for his outburst, telling the host that he was “deeply sorry” about what happened. It didn’t help. He’s remained largely unseen ever since.

Tila Tequila was big on MySpace. Then she had a show on MTV. There are two sentences you haven’t heard in a while.

What began as a promising career as one of the original social media influencers ended when she posted a bizarre article entitled “Why I Sympathize with Hitler” on her website.

Tequila wrote that she had “learned the truth about the war and what Hitler truly did,” insisting that “he was not a bad person as they have made him out to be.” To add insult to horrible injury, she posted a photo of herself in front of a photo of Auschwitz dressed as a scantily clad Nazi. Then, in 2016, she launched an attack on Jewish conservative political commentator Ben Shapiro when she said he “should be gassed and sent back to Israel.”

We think she should resist the urge to climb out of the hole she’s dug for herself in Hollywood.

Lindsay Lohan began working as a child model when she was 3 years old. She transitioned to acting when scored a regular spot on the soap opera Another World, which caught the attention of Disney. They cast her in the 1998 remake of The Parent Trap, and from there she became a teen sensation. Until that is, her career came to a screeching halt in 2007.

Lohan spent some time in the Wonderland Center rehab facility under the cloak of privacy. The reason for her stay was not released but would become apparent upon her exit from the program. It was then that she was charged–in quick succession–with DUI, possession of cocaine, and misdemeanor hit-and-run. Then, two months later, she was arrested on the same charges again.

The severity of her downfall was on full display in light of the critical response to her next film, the “incoherent and semi-vile” I Know Who Killed Me, for which she took home a total of eight Razzies.

It took another decade before Reubens returned to the character. In 2016, he did so successfully when he starred in the Netflix film Pee-Wee’s Big Holiday. The positive response to his comeback must have been a nice consolation prize for him, but it can’t erase the fact that he spent most of his career in hiding.

Rob Lowe was a prominent member of the Brat Pack in the early and mid-’80s, appearing in the films such as St. Elmo’s Fire and Youngbloods. His promising career took a nosedive when a video of him having sex with a 16-year-old girl was leaked in 1988. Lowe was 24 years old at the time.

Somehow, Lowe escaped the #metoo movement even after having sex with a minor. He escaped legal ramifications because the age of consent in the state where the event took place is 16. Even though the courts gave him a thumbs up, the public did not. Then, to add insult to injury, a second video surfaced in which Lowe and a friend were having sex with a woman at the same time.

How did this guy continue working at all? We’re not sure, but he did. He ended up making a comeback in Wayne’s World, Tommy Boy, and Parks and Recreation.

Amanda Bynes was a rising star right at the beginning of the 2000s. Unfortunately, her stardom faded almost as quickly as it began. The young actress and star of The Amanda Show and She’s The Man found herself embroiled in the ills of drugs and alcohol. In the midst of her struggles, she had a very public Twitter meltdown.

Her 2012 tweetstorm, as compiled by E! Online, included such claims as to how much she wanted rapper Drake to “murder [her] vagina,” a suggestion Drake wisely passed on.

She also tweeted Rihanna, taunting that “Chris Brown beat you because you’re not pretty enough.” Then, she called Miley Cyrus and Jay-Z “ugly” and berated herself for being the same.

Away from Twitter, she apparently set a driveway (and her own pants) on fire.

According to online sources, all this resulted in her being diagnosed with bipolar disorder and twice placed in a psychiatric facility, and her career being placed on ice. We hope she regains her balance and uses the rest of her life to pursue whatever she chooses to.

Travel Facts - Things to know when going to the Czech Republic