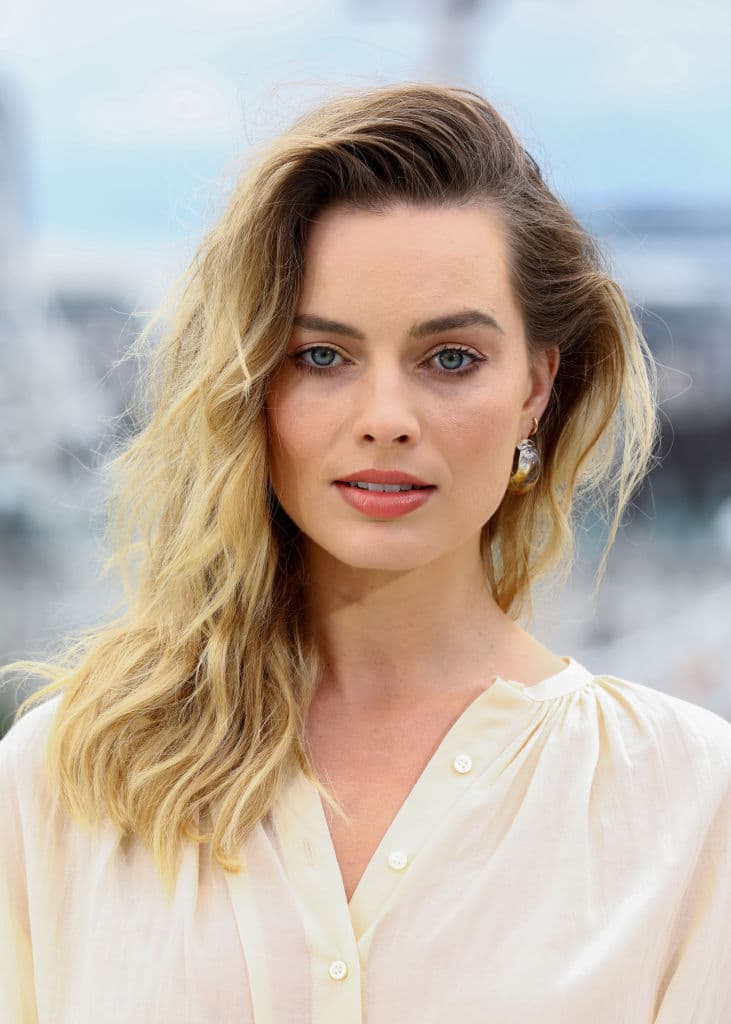 When you think of Australians, you probably think of Outback-savvy bushmen like Steve Irwin and Crocodile Dundee, but did you know that in addition to housing kangaroos, koalas, and dingoes, Australia is home to several talented actors and musicians? As it turns out, there are lots of Aussie celebrities we’ve all been mistaking for Americans.

From the Land Down Under, these are the celebrities most people forget (or just don’t know) are Australian.

Actor Simon Baker is best known for his TV roles in The Mentalist and The Guardian, as well as playing one of Anne Hathaway’s love interests in The Devil Wears Prada. Born in Launceston, Tasmania, Baker worked in Australian television for almost a decade before transitioning to US screens. One of his first big Hollywood roles was in the film L.A. Confidential.

Though born in Oman and briefly raised in Scottland, actress Isla Fisher grew up in Perth, Western Australia. Before her film career took off with movies such as Wedding Crashers, Now You See Me, and Confessions of a Shopaholic, Fisher acted on the Australian TV series Paradise Beach and the Australian soap opera Home and Away.

Originally born in England, actor Guy Pearce grew up in Australia. Not long after winning the Junior Mr. Victoria bodybuilding competition in his teens, Pearce started acting on the Aussie soap opera Neighbours. Pearce would later go on to star in movies such as Memento, Iron Man 3, and The Hurt Locker, and is also a singer-songwriter and musician.

Model Miranda Kerr was born in Sydney, Australia, and holds the title of the first Australian Victoria’s Secret model. In addition to her work as a Victoria’s Secret Angel, Kerr has modeled for Vogue, Marie Claire, and Maybelline. Kerr has also been a spokesperson for Swarovski and has previously designed a jewelry line with them.

Best known for playing Wally West/Kid Flash in the CW series The Flash, DC’s Legends of Tomorrow, and Supergirl, actor Keiynan Lonsdale is originally from Sydney, Australia. In addition to TV roles, Lonsdale has also starred in films such as Love, Simon and The Divergent Series: Insurgent. He is also a singer and dancer.

From playing the elf queen in The Lord of the Rings franchise to the goddess of death in Thor: Ragnarok, actress Cate Blancett is a talented, international treasure. Quite awkwardly, we’ve thought for years that this Oscar-winner was British, when in fact she’s from Melbourne, Australia. Some of Blancett’s other notable films include Elizabeth, Blue Jasmine, and Ocean’s Eight.

Though known for playing All-American roles in movies like The Last Song and Independence Day: Resurgence, actor Liam Hemsworth is actually from Melbourne, Australia. Hemsworth is perhaps best known for his role as Gale in The Hunger Games franchise, where he also sports an American accent, yet fans can hear some of his authentic Aussie accent in the rom-com Isn’t It Romantic.

Actress Rose Byrne was born in Balmain, a suburb of Sydney. Among her breakout roles in Hollywood were Briseis in Troy and Padmé’s handmaiden in Star Wars: Attack of the Clones. Since then, Byrne has starred in movies such as Bridesmaids and Spy, and franchises like Neighbors and X-Men. Byrne also recently starred in the Apple TV series Physical.

The son of martial arts instructors, actor Chris Pang was born in Melbourne, Australia, and has been in a number of films including Charlie’s Angels and Palm Springs. Pang’s most prominent role to date is playing wealthy groom-to-be Colin Khoo in Crazy Rich Asians.

Though born in Hawaii, actress Nicole Kidman returned to her parents’ native Sydney in her toddler years. Some of Kidman’s most popular films include Eyes Wide Shut, Moulin Rouge!, Practical Magic, and Cold Mountain. More recent projects include movies like Bombshell and Being the Ricardos, and the Hulu original series, Nine Perfect Strangers.

Born and raised in Melbourne, Australia, actor Eric Bana started his early entertainment career as a comedian before finding success in acting. Bana’s film career includes dramatic, action roles in films such as Chopper, Troy, and Hulk, in addition to more romance-based works like The Time Traveler’s Wife and The Other Boleyn Girl.

Actress Madeleine Madden is best known for her role as Edwene al’Vere on the hit new Amazon Prime series, The Wheel of Time, with additional roles in films like Dora and the Lost City of Gold and the TV miniseries Picnic at Hanging Rock. Growing up in Sydney, Madden is of Aboriginal Australian descent, and is the granddaughter of Aboriginal rights activist Charles Perkins, as well as the great-granddaughter of the Arrernte elder Hetty Perkins.

Joel Edgerton is an actor and filmmaker from Blacktown, New South Wales, Australia. Some of Edgerton’s most notable films include Red Sparrow, Loving, and The Gift, while others might recognize him for playing Tom Buchanan in The Great Gatsby, or a young Uncle Ben in the Star Wars prequels.

While from the Land of Oz (and by Oz, we mean Australia, not the yellow-bricked fantasy land created by L. Frank Baum), actress Mia Wasikowska is best known for playing Alice in Alice in Wonderland and Alice Through the Looking Glass. Born in Australia’s capital city of Canberra, other movies starring Wasikowska include Crimson Peak, Jane Eyre, Stoker, and Madame Bovary.

Though born in Long Beach, California, actor Devon Terrell moved with his family to Perth, Australia, when he was just five years old. Terrell’s film work includes movies such as Ophelia, The Professor, and most notably, the biopic Barry. He has also starred in the Netflix original fantasy series Cursed.

What do you mean Iggy Azalea is Australian??? We could have sworn she was from the US, though apparently, we’d be wrong. The Grammy-nominated rapper (best known for her hit song, Fancy) was born in Sydney, Australia, and then moved to the United States when she was sixteen to pursue her music career.

Late actor Heath Ledger was born in Perth, Western Australia, and had a few minor Aussie roles before making it onto American screens with the beloved teen movie, 10 Things I Hate About You. Some of Ledger’s most popular films include The Patriot, A Knight’s Tale, Casanova, and Brokeback Mountain. One of his final roles, the Joker in The Dark Knight, earned him an Academy Award for Best Supporting Actor.

Aussie actress and model Teresa Palmer was born and raised in Adelaide, South Australia. She is known for several films, including The Sorcerer’s Apprentice, The Choice, Warm Bodies, Hacksaw Ridge, and I Am Number Four. Recently, she has starred as Diana Bishop in the British fantasy series, A Discovery of Witches.

Actor Dacre Montgomery is best known for his role as Billy Hargrove in Netflix’s hit Stranger Things TV series. Originally from Perth, Western Australia, Montgomery’s other works include movies like The Broken Hearts Gallery, and starring as Jason the red ranger in the 2017 Power Rangers film.

Originally from Gold Coast, Queensland, Australia, Australian actress and singer Aisha Dee is best known for her role as Kat Edison on the Freeform TV series The Bold Type. Dee has also acted in series such as ABC Family’s Chasing Life, and the Australian-Canadian children’s series The Saddle Club.

From Ready Player One and The Dark Knight Rises to Rogue One: A Star Wars Story, Aussie actor Ben Mendelsohn has earned quite the reputation in Hollywood for playing fierce, intimidating villains. Born in Melbourne, Victoria, comic book fans might recognize Mendelsohn for playing Talos, the Skrull leader in Captain Marvel and the upcoming Disney plus series, Secret Invasion. He has also received a Primetime Emmy Award for playing Danny Rayburn in the Netflix series Bloodline.

Singer-songwriter Sia was born in Adelaide, South Australia, and began her music career as a singer in the 1990s acid jazz band Crisp. Known for sporting a variety of bobbed, platinum blonde wigs, some of Sia’s biggest hits include Chandelier, Cheap Thrills, and The Greatest.

Australian actor and model Luke Mitchell is known for a number of TV roles, including Roman in Blindspot and Lincoln Campbell in Marvel’s Agents of S.H.I.E.L.D. Originally from the Australian city of Gold Coast, Mitchell’s film work includes Without Remorse and Black Water: Abyss. He also played Will Benjamin on the popular Australian teen show H2O: Just Add Water.

Born and raised in Sydney, Australia, actress Linda Ngo is known for her films such as The Furies, and for playing Weilan in the Australian TV show Mako Mermaids. Ngo’s other TV work includes Top of the Lake, Troll Hunters, and Catching Milat, with her breakout role in the comedy horror film Blood on the Highway.

To some, it’s pretty obvious that Hugh Jackman is Australian (he was in the 2008 film Australia after all). However, more often than not, the Sydney-born actor plays non-Australians, from Wolverine in the X-Men franchise to Jean Valjean in Les Misérables and P.T. Barnam in The Greatest Showman. However, you can hear Jackman’s authentic Australian accent as Bunny in the DreamWorks animated film Rise of the Guardians.

Australian actress Yvonne Strahovski is best known for her roles as Serena Joy in The Handmaid’s Tale and Sarah Walker in Chuck. Strahovski also starred as Hannah McKay in Dexter and Sofie Werner in Stateless, with one of her most recent projects being the Amazon Prime original movie The Tomorrow War.

Raised in Townsville, Queensland, Australian actor Remy Hii has been in a wide variety of films, from Netflix’s The Princess Switch 3 to Spider-Man: Far from Home and Crazy Rich Asians. Hii is also known for playing Simon Van Reyk in the TV series Harrow, and Prince Jingim in the Netflix original series Marco Polo.

Australian model, actress, and businesswoman Portia de Rossi grew up in Geelong, Victoria. De Rossi is perhaps best known for playing Lindsay Bluth Fünke on the popular sitcom Arrested Development. She also starred as Nelle Porter in the TV series Ally McBeal, and in a number of horror films such as Cursed and Scream 2.

From playing Thor in the Marvel Cinematic Universe to various roles in films such as Extraction and Snow White and the Huntsman, actor Chris Hemsworth is known for several rough and tough roles. Originally from Melbourne, Australia, Hemsworth’s acting career initially took off after starring as Kim Hyde in the Australian soap opera Home and Away.

Is it just us, or is it hard to remember Margot Robbie is Australian when she has such memorable accents in films such as The Wolf of Wall Street and Suicide Squad? Originally from Dalby, Queensland, Robbie’s other films include Mary Queen of Scots, Once Upon a Time In Hollywood, and I, Tonya.