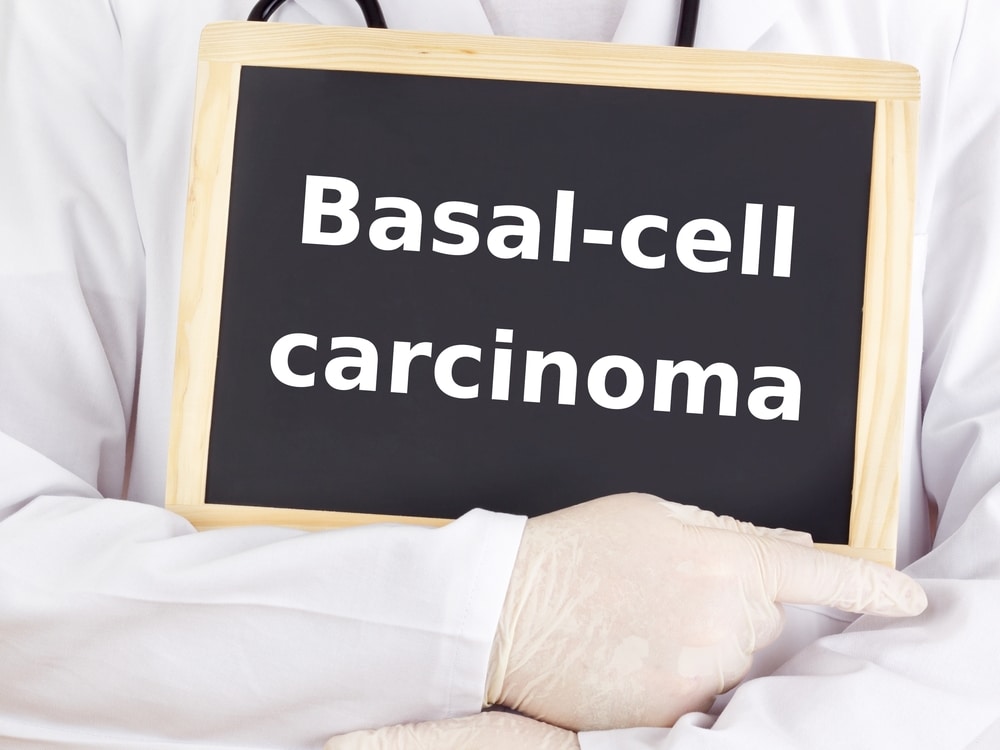 Basal cell cancer, also known as basal cell carcinoma, is a type of skin cancer that affects nearly 5.4 million people each year in the U.S. alone. This skin cancer is one of the most common forms, making it important to know what signs and symptoms to watch out for.

Especially if you’re often exposed to UV rays or have suffered from skin cancer previously, you’ll want to watch out for these warning signs of basal cell cancer…

The first sign that a new growth might be a basal cell carcinoma is that it is flat, firm, and looks similar to a scar. These growths often look like shiny pink or red patches that are slightly scaly. Similar to a scar, these carcinomas are fragile and can bleed easily if irritated.

If you’re worried about a newly-formed growth, contact your doctor, as they can help clarify whether or not it’s something to be concerned about.

Basal cell cancer can also form in open sores, which may or may not heal…

Basal cell carcinomas often appear as open sores with either oozing or crusted areas. These areas tend to heal and come back, or just not heal at all. More often than not, people who have a sore or cut from shaving that won’t heal end up being diagnosed with basal cell cancer, which shows just how common this skin cancer is.

A clear, common sign of basal cell cancer appears within raised reddish patches that itch. If you feel constantly irritated by a growth that won’t stop itching, this is a symptom you should not ignore. See your doctor for a possible diagnosis and treatment.

Basal cell cancer can appear in areas of red or patchy skin that look like eczema. Because the appearance is so similar to eczema, it’s crucial to speak with your doctor to properly identify this skin condition.

As with all forms of cancer, basal cell cancer can make you feel fatigued. This is because your body is working hard to fight against infection, which requires usage of most of the energy within your system. As a result, this can make you feel extremely tired.

While fatigue is a symptom of numerous diseases, it’s important to reach out to a healthcare professional if you experience it. They’ll be able to give you a proper diagnosis if needed.