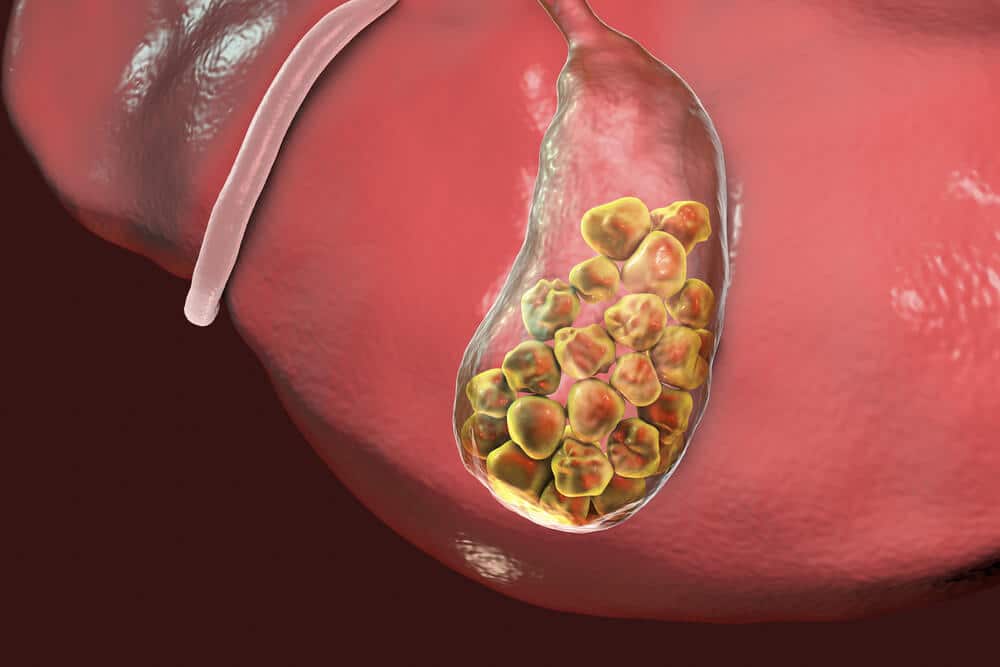 Pesky, yet small, gallstones may not seem like the most dangerous health concern, but they can cause serious issues, such as pancreatitis if left untreated.

Understanding who is at greater risk for this condition is one of the best ways to take charge of your health. So, what exactly causes gallstones, anyway?…

Cholesterol stones are the most common type of gallstone. They result when there is too much cholesterol in the bile. When this excess of cholesterol is present, they can clump together, forming a stone.

Those who eat a high-cholesterol diet greatly increase their risk of cholesterol gallstones because extra cholesterol can make its way into the gallbladder and bile, hardening into stones from there.

Those who have a genetic disposition for high cholesterol are also at greater risk for forming these kinds of stones.

Cholesterol stones aren’t the only kinds of gallstones…

High levels of bilirubin can also be indicative of other problems, most often involving the liver. A clear indicator of severe bilirubin issues is the development of jaundice or yellowing of the eyes and skin.

While less common than cholesterol or bilirubin, the buildup of other substances may also result in gallstones…

Unlike other forms of gallstones, calcification can occur in a variety of body systems, including the kidneys, blood stream, heart, and even brain. That all means that it’s extra important to avoid calcification at all costs.

Risk factors for calcium deposits include medications, a sedentary lifestyle, a high-salt diet, smoking, and Tums.

The following cause of gallstones, however, is hereditary…

Gilbert’s Syndrome is a relatively harmless genetic disorder in which the liver doesn’t properly process bilirubin. Specifically, the body does not produce enough of the enzyme required to break down and purge bilirubin from the liver. This lack of enzymes causes bilirubin to build up.

While the condition is relatively benign most of the time, it does increase the risk of gallbladder stones due to increased bilirubin levels.

Therefore, severely weakened muscles may not be strong enough to move bile out of the gallbladder. This process may mean that some bile is left in the gallbladder to stagnate and harden into stones.

Being overweight can drastically increase the risk of gallbladder stones, particularly because most people who are overweight have high cholesterol, which can lead to a buildup of gallstones.

As with many of the other issues on this list, proper diet and maintaining a healthy weight are effective ways of preventing these types of gallstones.

Rapid weight loss through starvation or crash diets can greatly increase the risk of developing gallstones, due to the body burning fat too fast. When this happens, the liver excretes extra cholesterol into bile, often resulting in gallstones.

The best way to prevent this issue? Losing weight in healthy way, which means no starvation or fad diets. Weight loss should be gradual, as the body needs time to adjust to such change.

When the gallbladder becomes infected, inflammation can occur, which can lead to swelling. And if this swelling extends towards the cystic duct? It can constrict the duct’s entryway, making it harder for bile to pass through. The residual bile may harden, resulting in gallstones.

As if pregnancy wasn’t already hard enough, expectant parents may be surprised to learn that pregnancy can increase the risk of gallstones, mainly due to a shift in hormone production. Increased estrogen production, for example, can increase the amount of cholesterol in the body, which in turn, increases the risk for developing gallstones.

Pregnancy also means an increase in progesterone production, and progesterone can slow down digestive processes. This slowing down means bile is released less frequently, which therefore increases the odds of bile stagnating and hardening in the gallbladder.

While pregnancy can only affect about half of all people, the following potential cause of gallstones can affect people of all genders…

While some stress is good in short spurts—giving the body the energy it needs to power through a difficult situation—prolonged stress can have taxing effects on various body systems. The gallbladder isn’t exempt from the burdens of stress.

Prolonged stress can affect the rate and frequency at which the gallbladder empties bile. Because the gallbladder does not empty completely or empty frequently enough, gallstones have a higher potential of forming.

What happens when someone has a gallstone?…

Depending on the severity of the gallstones, there are a variety of treatment options, including self-care measures or even surgery. Many gallstones are small enough that they will pass on their own and make their way out of the body through the intestinal tract.

Gallstones are a relatively low-risk condition if treated early enough. Ignoring the issue, however, can lead to potentially life-threatening complications like pancreatitis.