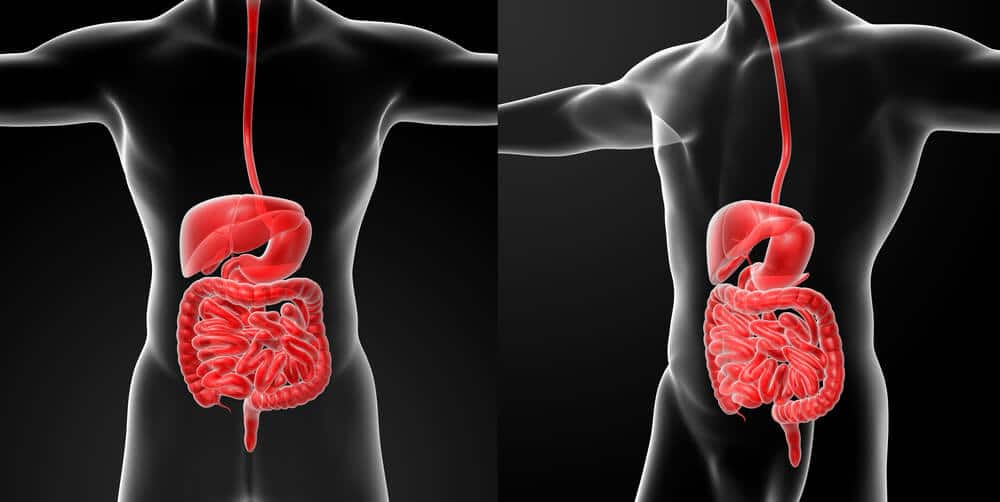 Over 3 million adults in the United States live with a diagnosed irritable bowel disease, or IBD. Of this number, nearly a million may be infected with Crohn’s disease.

What is Crohn’s disease?

Crohn’s disease is named for gastroenterologist (doctor who specializes in issues with the digestive and gastrointestinal, or GI, tract) Burrill Bernard Crohn. It is a form of irritable bowel disease (IBD).

IBDs are inflammatory diseases that affect part of the gastrointestinal (GI) tract. So, Crohn’s disease causes inflammation of the GI tract.

What is the GI tract?

The GI tract handles digestive processes, meaning this tract stretches from the mouth all the way to the anus.

What parts of the GI tract does Crohn’s disease affect?

What are the complications of Crohn’s disease?

Complications of this condition include:

What are the symptoms of Crohn’s disease?

Considering the damage Crohn’s disease can do, it’s important to treat this condition as soon as possible. However, treating the problem first requires identifying said problem in the first place.

So, just what are the common symptoms of this condition? The first one on this list is perhaps the single-most classic sign of Crohn’s…

Unfortunately, diarrhea is one of the most common symptoms of Crohn’s disease.

How does Crohn’s cause diarrhea?

Acute (short-term) diarrhea is a result of chronic (long-term) inflammation. Specifically, this IBD can inflame the region where the colon begins and the small intestine ends, which can result in sudden and severe diarrhea.

This type of diarrhea typically comes on without warning and substantially interferes with a person’s daily activities.

What are the dangers of diarrhea?

Diarrhea isn’t just annoying; in some cases, it can be dangerous! Why? Because it can lead to dehydration, which is an incredibly serious medical condition.

Signs of dehydration include:

However, diarrhea isn’t the only symptom of Crohn’s disease that can lead to dangerous complications like dehydration…

How does this condition cause fever?

There are two primary ways this condition causes fever: inflammation and medication.

Low-grade inflammation is generally associated with Crohn’s disease. This inflammation may result in abscesses. Unfortunately, abscesses are prime spots for infection, which can result in a fever.

Another contributing factor to fever? Prescription medication. Specifically, although Crohn’s is not thought to be an autoimmune disease, it does appear to be somehow related to the immune system. Therefore, some doctors prescribe immune-suppressing drugs to Crohn’s patients.

While these medications may ease other side effects of this IBD, it can also mean that someone is at great risk of infection. Once again, infections almost always result in fever.

When is a fever serious?

For adults, a fever over 103° F (or 39.4° C) is considered high-grade and should be taken seriously. However, even low-grade fevers warrant a doctor’s visit if it persists.

When these first two symptoms of Crohn’s develop, the following condition may also set in…

About 75%—or 3 out of 4—people with this condition report feelings of fatigue.

Why does Crohn’s disease cause fatigue?

Fatigue is a result of inflammation and illness, both of which can occur with this condition. Specifically, both of these events are taxing on the body, which can result in greater expenditure of the body’s resources, such as energy. As a result of this expenditure, someone can feel completely exhausted, even if they slept all night long.

However, someone people have the opposite problem. Other symptoms of Crohn’s disease may make it impossible for someone to sleep at all. Or, if they do sleep, they may experience frequent disruptions (such as getting up to use the bathroom, thanks to diarrhea). Either way, both of these issues can lead to fatigue.

The following symptom of Crohn’s disease is hard to miss…

When does this pain occur?

While often worse during a flare-up, this pain can occur at any time. Typically, people experience pain about an hour or two after eating.

Why do these symptoms occur?

There are many ways Crohn’s disease can cause pain and/or cramping, including:

If fissures happen, the following alarming symptom is also likely…

How does Crohn’s disease cause bloody stool?

Inflammation and swelling of the digestive tract—which can happen with Crohn’s—occasionally result in ulcers, which are open sores. Food may irritate ulcers as they pass through the area; this aggravation may result in bleeding.

Where does the bleeding occur?

Unfortunately, sores may not just be limited to below the belt…

Mouth sores are fairly common in Crohn’s disease patients. By some estimates, approximately 20-50% of these people have them. This condition causes a certain kind of mouth sore known as a canker sore.

What are canker sores?

Canker sores are sores that occur in the mouth, often inside the lips or at the base of gums. These sores are typically round and white, oftentimes with a bright red ring encompassing the white circle. These sores are usually painful.

Are canker sores a form of herpes?

Despite popular belief, canker sores are not the same thing as mouth herpes; in fact, the two conditions aren’t related at all, except for location.

Why do canker sores appear?

Mouth sores are caused by a number of different conditions, including vitamin and mineral deficiencies, which may occur as a side effect of Crohn’s disease. Sometimes, these sores may simply be the side effect of medications.

As is the case with most conditions that affect the digestive system, a loss of appetite and resulting weight loss may occur with Crohn’s disease patients.

Why does Crohn’s disease cause these symptoms?

There are countless ways this condition can negatively impact appetite.

The following symptom of Crohn’s? It’s a real pain in the behind…

Fistulas are abnormal or otherwise unusual passageways between two non-solid spaces, like intestines, blood vessels, or any other hollow organ.

How does Crohn’s disease cause fistulas?

It’s a by-product of severe abscesses caused by inflammation.

Inflammation can poke through thick walls of the bowels, leading to abscesses. Sometimes, these abscesses worsen so much that they create holes that link to other parts of the body, effectively creating tunnels between these two locations.

What are the symptoms of a fistula?

Fistula symptoms can vary based on where exactly the fistula is. That being said, the following general signs may point to this condition:

Experts estimate that as many as 12% of people with Crohn’s disease develop eye-related problems at some point.

How does Crohn’s create eye problems?

The eyes are extremely sensitive, especially to inflammation. So, given how potent inflammation from Crohn’s disease is, the eyes may be affected as well.

This condition is an inflammation of a vessel inside the eye, known as the uvea. Uveitis results in blurry vision.

Like uveitis, episcleritis is an inflammation of a part of the eye. However, this particular condition affects the clear exterior coating (episclera) of the whites of the eyes (sclera). Episcleritis results in mild discomfort and redness of the eyes.

Sometimes medications to treat Crohn’s can result in problems like glaucoma or blurry vision.

Unfortunately, the eyes aren’t the only parts of the body outside of the digestive system that Crohn’s disease may affect…

How does Crohn’s cause arthritis?

Crohn’s disease is a disease that attacks the body through inflammation. Therefore, it should come as no surprise that this condition may also result in arthritis, which is characterized by inflammation of the joints.

How common is arthritis in Crohn’s disease patients?

By some estimates, up to 25%—or 1 in 4—people diagnosed with Crohn’s disease develop arthritis.

Where does the arthritis occur?

With Crohn’s disease patients, arthritis tends to occur in larger joints like the wrists, elbows, and knees. That being said, arthritis can strike any joint in the body.

How is this type of arthritis managed?

Fortunately, treatment of Crohn’s typically means an improvement of arthritis symptoms. Unfortunately, there is no real way to reverse the effects of the following symptom of Crohn’s disease…

Osteoporosis means “porous bone.” Most commonly found in post-menopausal women, this condition is characterized by a loss of bone mass and bone density. As a result of this condition, bones become hollower and weaker, making them prone to fractures.

How does Crohn’s disease cause osteoporosis?

There are three primary ways experts believe Crohn’s disease can contribute to the development of osteoporosis: inflammation, vitamin D deficiency, and treatment of the condition itself.

Inflammatory cytokines are proteins the body releases to increase inflammation in the body. Naturally, given the nature of this IBD, people with Crohn’s disease have lots of lots of cytokines in their bodies. Unfortunately, cytokines make it hard for new bone formation to occur, which can lead to osteoporosis.

Crohn’s disease may affect the part of the bowel that is responsible for absorbing vitamin D. Of course, damage to this part of the body can mean decreased absorption of this vitamin, leading to a deficiency.

How does a vitamin D deficiency lead to bone loss? Well, calcium and phosphorus are both necessary for keeping bones healthy. Vitamin D importantly helps the body absorb these nutrients. So, when vitamin D is low, it’s harder for the body to absorb the nutrients it needs to keep bones healthy and strong.

Corticosteroid therapy is commonly used to fight inflammation, so many Crohn’s disease patients undergo this form of therapy. Unfortunately, a common side effect of this powerful medication is bone loss. Specifically, this type of therapy makes it hard for new bone to form.

What’s most important for people who suspect they have Crohn’s disease to know?…

As of 2015, it is estimated that approximately 3.1 million adults are diagnosed with some form of irritable bowel disease in the United States. As many as 780,000 of those people are thought to suffer from Crohn’s disease.

Why is treating this condition ASAP important?

Crohn’s disease has many symptoms that can be mistaken for signs of other medical conditions, which is why many people live with the condition for years before they receive a proper diagnosis. However, those who have some of the symptoms listed in this article should take these signs seriously.

Because Crohn’s disease can rapidly worsen, which may result in hospitalization and surgery to ensure the condition does not become life-threatening.