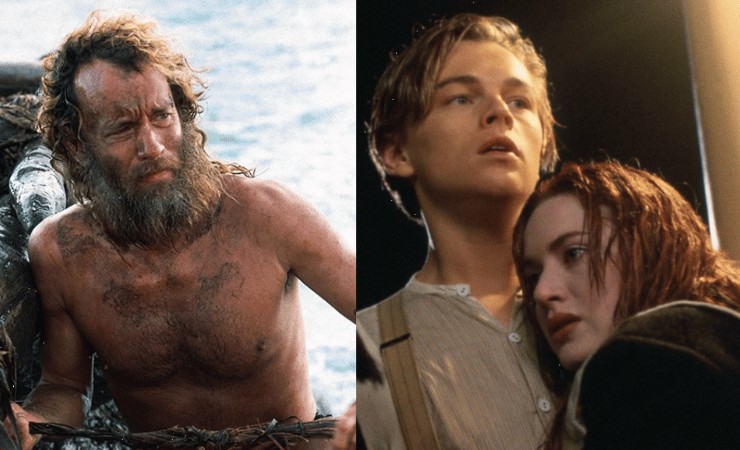 While some movie magic is just smoke and mirrors, a good chunk of what you see on the silver screen is the hard work of trained professionals. Unfortunately, sometimes even the best stunts go awry, and actors and stunt doubles get injured as a result.

From close calls and mental trauma to actual broken bones, here are some of the most dangerous movie roles of all time.

Brandon Lee son of the late martial artist Bruce Lee tops this list because he lost his life on the set of the movie The Crow. The prolific actor was shot in the stomach with a prop gun that was supposed to shoot blanks. He passed away sadly,  after hours of surgery.

One would think the actor portraying the Son of God would be protected from the hazards of movie sets. Jim Caviezel was not spared from injuries and sickness while playing Jesus Christ in Mel Gibson’s Passion of Christ.

The actor suffered a rib injury, dislocated his shoulder, and caught pneumonia and hypothermia on the set of the movie. The worst of all was getting struck by lightning. We don’t think Caviezel will be taking any Messiah roles in the future.

Being part of the Marvel Universe is a dream of many upcoming actors. But what they don’t know is the challenges that come with the movie roles.

For Jaimie Alexander, Thor: The Dark World saw her fall from a dangerous height suffering tons of major injuries. She dislocated her left shoulder, her right rhomboid was torn and eleven of her vertebrae were chipped off. Although she recovered from her injuries, she suffers from temporary paralysis from time to time.

While Dylan became famous for his performance in Maze Runner, he almost lost his life while filming a scene of The Death Cure. O’Brien performed a lot of dangerous stunts and one went terribly wrong and he was almost killed. Thankfully, he did not die but was left with a facial fracture, a concussion, and brain trauma. Though he recovered from his injuries, Dylan O’Brien takes extra precautions while doing stunts.

Jackie Chan has suffered tons of injuries throughout his successful acting career. Chan is famous for his martial art style as well as his funny and entertaining performance.

This incredible Chinese actor is also known for doing his dangerous stunts. He has a metal plate inside his head and lots of major injuries to show for it. But it doesn’t deter the actor from doing these stunts to entertain us.

When Daniel Craig accepted the role of James Bond, he was not ignorant of the risks that came with the character. He has had his teeth knocked out, suffered torn muscles, bruised ribs, a severed finger, and a permanent knee injury.

He had to get reconstructive facial surgery; all while filming different films of the franchise. Yet his performances were nothing short of remarkable.

Angelina Jolie is known for her gorgeous looks as well as her acting prowess and directorial skills.  She can take on any role and she does her own stunts! This beautiful woman takes her job seriously and she studies fight techniques to do the incredible job she does in her films.

Unfortunately, while filming a fight scene for the 2010 Salt, Jolie slammed her head so hard that a part of  her face was cut open. Which left her with a permanent face scar.

Fans of the movie would notice the extreme conditions under which the movie was filmed. The star actor, Tom Hanks had to gain and lose weight in a short time, which is very harmful to the body. And Tom Hanks nearly died of a staph infection while filming! While Cast Away made the career of Tom Hanks, movie lovers would never know the extent the legendary actor went to entertain them.

Although his performance in Die Hard shot him to fame, Bruce Willis suffered different degrees of injuries for his effort. Die Hard had the right amount of excitement and thrills an action movie is supposed to have. But all those came at a price.

While the world praised George for his award-winning performance in Syriana, we didn’t know he suffered real pain as his character in the movie went through brutal torture. He suffered multiple injuries which consisted of a cracked head, back, neck, and spine injuries.

The physical injuries weren’t the only thing Clooney battled with. He was traumatized after going through a long recovery process which cost him additional health issues that he considered taking his life. He had to go for therapy for the entire harrowing experience.

Throughout his career, Sylvester Stallion starred in different successful action movies from Rambo to The Expendables. All came with their share of dangerous stunts and injuries.

Stallion broke his back while filming The Expendables and cracked his ribs on the set of the movie Rambo: Last Blood. He was punched so hard on the set of Rocky IV that his heart got swollen and his blood pressure went up to 260!

We can all testify that Heath Ledger’s Joker is the best Joker. But what we don’t know is what the iconic actor went through just to give us that unforgettable performance. Heath Ledger spent weeks perfecting the character Joker, he suffered from depression.

Taking on the role of a mentally deranged sociopath was no easy feat. Ledger relied on medication to help him get by. He accidentally overdosed on the pills, which led to his tragic death at 28.

Jason is the familiar tough guy who takes on bad guys without missing a beat. But do you know this badass actor almost lost his life performing a dangerous stunt in The Expendables 3? Few actors perform their own stunts; body doubles are often paid to perform those dangerous stunts we see.

However, Jason Statham decided to perform his own stunts in The Expendables 3, a decision that almost cost him his life and  limb.  The brakes of a huge truck he was driving on set, failed and drove him off a cliff! Thankfully he was able to exit the cabin and swim to safety after dropping 60 feet into the Black Sea. Close call Jason!

Tom Cruise is not just a badass on screen, he is a badass in real life. Those crazy unbelievable stunts we watch him do in movies, he really does them. He takes on the most dangerous stunts earning him the title ” the most daring actor in the world”.

Still, this daring actor suffered a fall while doing a stunt on the scene of Mission Impossible: Fallout. He was required to jump between two tall buildings but he fell short and broke his ankle after slamming his leg against a wall. The set had to be shut down until the actor recovered.

Diane Kruger’s character in Inglourious Basterds was to be strangled. But director Quentin Tarantino, a man famous for his quirky personality and unorthodox ways of doing things, didn’t think she would get it right. So he had her strangled for reals to the point of unconsciousness!

Of course, she agreed to it beforehand but we hate to think of what would have happened if things weren’t done right.

Isla Fisher – Now You See Me

While we thought Isla Fisher was incredibly stunning in Now You See Me, we didn’t realize the beautiful Australian actress almost died filming the movie. If you have seen the movie, you would remember the scene where she was trying to get out of a water tank while chained (if you haven’t, you should!)

We saw her screaming and trying to get out of the water tank, which was the actual plan. But something went wrong with the water tank prop and she couldn’t free herself. While she struggled for real this time, everyone thought she was acting. Thankfully she was able to free herself.

If you haven’t noticed, there is something about the Joker character that mentally challenges the actors. Jared Leto who played Joker in Suicide Squad almost went nuts. He stayed in character even after filming his role and took the eccentricity to real life.

Margot Robbie received a rat from him, while Will Smith received live bullets and everyone else got used condoms. Weird right?

Being a child star is one thing, handling the fame that comes with it is another. Most child stars have a hard time handling early fame and Jake Lloyd was no different. He starred in a leading role in the first pre-sequel of the franchise, an experience that haunts him to this day.

The young actor was bullied by other kids who would make lightsaber noises anytime they passed him. He was also required to do 60 interviews every day to promote the film. Jake Llyod developed a deep hate and phobia for cameras, acting, and the Star Wars franchise. After the film, he never starred in another movie. He has been involved in criminal activities and was diagnosed with schizophrenia.

Gordon-Levitt went from the cute teen we saw in 10 Things I Hate About You, to pulling off one of the deadliest roles in a movie. He was a New York bike messenger in Premium Rush, a role he did successfully, riding at a high speed while navigating through New York’s heavy traffic.

While filming a scene, a taxi came out of nowhere and drove through the safety cones kept on set. Gordon crashed into the taxi, flying through the rear windshield- almost getting killed. Fortunately, he sustained only injuries on his arm.

The Titanic movie remains a timeless classic. But Kate Winslet, the star actress, couldn’t wait for the shooting to be over. She suffered multiple injuries, caught  pneumonia and almost drowned underwater.