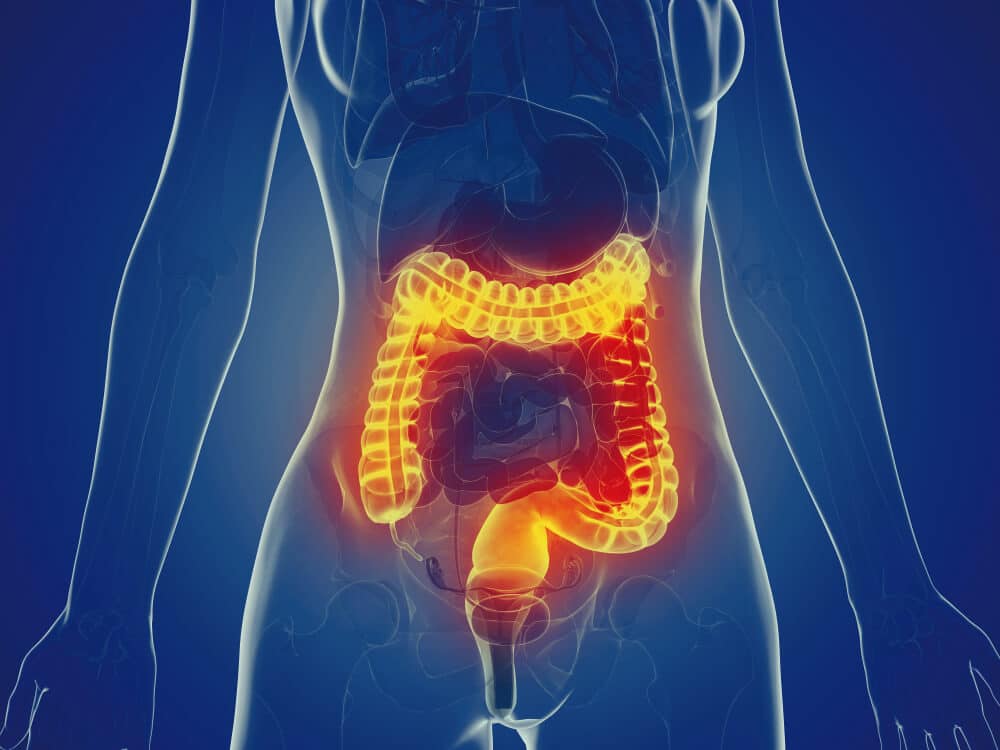 Did you know that over 60% of people over the age of 60 will develop diverticulosis in the United States? It’s true! Given how prevelant this condition is, it pays to know more about how to manage it.

Can diet help me manage my diverticulitis/diverticulosis?

Yes! Changes to diet may help people with these conditions see improvements. This dietary change largely involves abstaining from foods that irritate the condition and eating foods that help sooth the digestive system.

So, let’s start with the basics: what foods should you avoid with this condition?…

9. What Foods Should I Avoid If I Have Diverticulitis?

The following foods should be avoided because they’ve been shown to increase the severity of diverticulitis in limited clinical studies.

What types of foods should I avoid?

What are some specific foods to avoid?

Foods high in these nutrients include:

Of course, these aren’t the only foods you should avoid with diverticulitis…

8. Stay Away from Low-Fiber Foods

Foods low in fiber should also be avoided or supplemented with a dietary fiber supplement.

What kinds of foods contain no fiber?

Foods that contain no fiber include sugar, dairy products and meat.

What specific foods are low in fiber?

Specific foods low in fiber include:

Conversely, foods to reach for include the following…

Studies have shown that patients suffering from diverticulitis can benefit from a high-fiber diet. Specifically, research shows that this sort of diet significantly reduces abdominal symptoms of this condition.

How much fiber do you need?

Older patients should aim for:

What sort of fiber supplements help?

To help meet those relatively high fiber requirements, many patients would benefit from psyllium husk or a powdered fiber supplement taken with each meal.

What foods are high in fiber?

Modify this advice for flare-ups.

Paradoxically, if you’re suffering from an acute flare-up of your diverticulitis, you should limit your intake of fiber. Why? Because fiber makes stool bulky, which can irritate already inflamed or infected diverticula. That means this bulky, hard stool may cause severe discomfort during a flare-up.

The following important part of a diverticulitis diet? It’s something that everyone should follow…

Hydration is extremely important, particularly if you are taking in lots of fiber.

Why is hydration extra important for diverticulitis?

Water helps naturally lubricate the digestive tract, which helps to break down foods in the stomach and intestine. In many cases, it can prevent constipation. In both of these situations, hydration essentially means reduced risk of irritating diverticula.

How much water should I drink?

As a general rule, aim to drink at least 10 8-ounce glasses of water daily to help improve your diverticulitis symptoms.

Do I have to give up foods I love with diverticulosis?

Not at all! You can still enjoy some of your favorites, such as the following…

It is a myth that patients with diverticulitis should avoid popcorn, seeds, and nuts. This myth is based on an outdated theory that the particles of these foods could cause infection by getting lodged in the diverticula.

Fortunately, if you’re a lover of nuts and popcorn, there’s no need to worry. Recent research suggests no link between nuts and popcorn and an increased incidence of diverticulitis complications.

What are some seeds and nuts high in fiber?

Nuts and seeds high in fiber include:

As you grab for the popcorn, make sure to avoid the following…

If you’re serious about managing your diverticulitis, reducing intake of alcohol would be a great first step toward a healthier gastrointestinal system.

Avoid at all costs during flare-ups.

Those with diverticulitis should avoid alcohol consumption, though every case is different and advice can vary for different patients. That being said, those suffering an acute flare-up should avoid alcohol. These folks may even benefit from a clear liquid diet or a water fast until symptoms abate.

Why is alcohol bad for these conditions?

Studies published in the National Institutes of Health indicate alcohol use as a significant risk factor for the development of diverticulitis, diverticulosis, and irritable bowl syndrome (IBS).

How much alcohol is too much?

The answer to that question will vary by individual. That being said, further studies have revealed that 2 glasses of daily alcohol for men and more than 1 glass for women can increase the risk of diverticulitis complications.

What does a good meal for diverticulitis look like?

So, what does a typical day on the diverticulitis diet look like?…

3. A Typical Day on a Diverticulitis Diet

A typical breakfast on a high-fiber diverticulitis diet might include:

If you don’t like the sound of this breakfast, a fiber supplement can be taken with breakfast. Then, you can whip yourself up some scrambled eggs, whole wheat toast, and a glass of orange juice.

Again, a lower-fiber meal may be consumed with the addition of a fiber supplement.

All in all, it is possible to create a diverticulitis diet that is both healthy and that appeals to your personal preferences.

While diet is important, be sure to pair it with the two following activities to achieve the best results…

2. Effects of Exercise on Diverticulitis Management

The US National Library of Medicine National Institutes of Health published a study in 2009. It found that vigorous exercise could prevent and help manage diverticulitis and diverticulosis.

More than 47,000 males aged 40–75 years old and free of inflammatory bowel disease, diverticular disease, and cancer of the GI were inducted into the study in 1986. Those who were subsequently found to have diverticulitis or diverticulosis were sent follow-up questionnaires at 2-year intervals requesting information on diagnosis and treatment of their disease.

Every two years thereafter, they were sent a questionnaire to determine their level of physical activity; this was done by requesting that they keep a journal of how much time they spent in eight areas of recreational exercise as well as the number of flights of stairs they climbed each day.

Experts determined that patients who engaged in regular rigorous physical activity were significantly less likely to develop diverticulitis. And, of those who already had diverticulitis, the vast majority of those who engaged in rigorous physical activity regularly were found to have a significant incidence of disease remission.

The most important single way to manage diverticulitis?

If you can only make one change to your lifestyle to battle diverticulitis? The following might just be the most important habit of all…

If you’ve been diagnosed with diverticulosis or diverticulitis, quitting smoking alone could mean an even more profound improvement in your symptoms and disease progression than exercise and diet combined.

Because tobacco smoking has been proven time and again to significantly increase the incidence of severe complications of diverticulitis.

How does smoking worsen this condition?

For starters, smoking aids the progression from diverticulosis to diverticulitis. Furthermore, diverticulitis patients who smoke (and undergo bowel resectioning at an earlier age than non-smokers) had a much higher number of perforations (holes and tears) of the bowel than did their non-smoking counterparts.