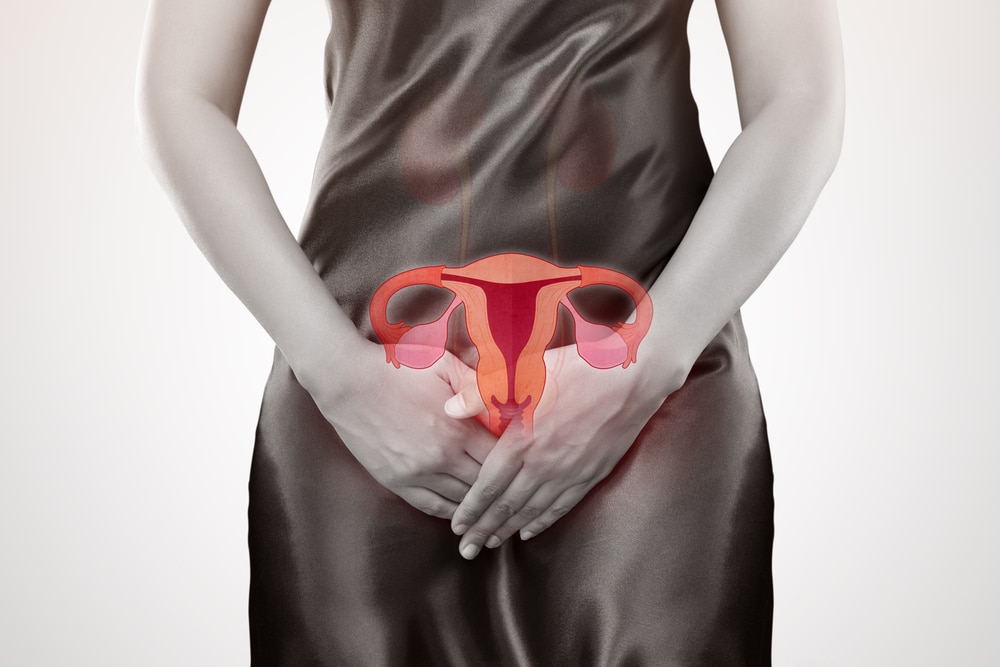 Cervical cancer develops in the cells of the cervix, the lower part of the uterus that is connected to the vagina. In 2018, the World Health Organization recorded an astounding 570,000 diagnosed cases of cervical cancer worldwide with about 311,000 fatalities.

How early does the cancer develop?

Normally, it would take about 10-20 years for cervical cancer to progress into its invasive form. According to the Moffitt Cancer Center, precancerous changes can start when someone is in their 20s or 30s, explaining the majority of patients getting diagnosed in their 50s.

Given how deadly this condition can be, it pays to know what symptoms to look out for…

12. Bleeding Between or Following Periods

Intermenstrual bleeding, or spotting, is one of invasive cervical cancer’s most common symptoms. Causing light to heavy bleeding, spotting also occurs in other gynecological conditions like chlamydia, but it’s more serious in cervical cancer patients.

Of course, periods themselves are also affected…

Premenopausal cervical cancer patients often suffer a condition known as menorrhagia. In other words, they experience heavier bleeding during their periods. This intense condition can greatly affect daily routines due to the greater blood loss and worsening cramps.

Bleeding doesn’t stop with the period, though…

Abnormal bleeding happens outside menstruation as well. It often occurs after engaging in intercourse, following a Pap smear or a pelvic examination, or after douching. It’s important to note that the majority of experts believe there are no real benefits to douching and plenty of complications. In fact, according to one study, this practice can increase the risk of developing cervical cancer.

While vaginal discharges are normal, changes in color and viscosity can indicate health problems. With cervical cancer, patients often have watery or bloody vaginal discharge that may be heavy or foul-smelling. It may appear in between periods or during menopause.

Lovemaking can be especially painful for those with cervical cancer. This pain may be caused by infections or as a side effect of cancer treatment.

Pain isn’t only felt during intercourse, though…

7. Pelvic and Back Pain

Pelvic and back pain are unmistakable signs of cervical cancer. The dull (sometimes sharp) pain or pressure can be felt anywhere in the abdomen below the navel, and can be felt up to the lower back as well.

Trips to the restroom can even be uncomfortable with this condition…

Cervical cancer tumors can cause problems with the kidneys and the bowels. Kidney blockage makes urination painful, difficult, and more frequent. Stools also appear to be loose and bloody with this form of cancer.

When these bodily processes are disrupted, unpleasant results can occur…

Cervical cancer causes swollen legs because of lymphedema, or fluid buildup in the tissue. It is a result of the cervical cancer affecting the lymphatic system, whose purpose is to drain away excess fluid from the tissues.

Our next symptom may be uncommon, but it can cause extreme discomfort for patients…

Metastasis, or the spreading of cancer, to the bones is rare for cervical cancer patients. When it does happen, though, it causes extreme pain that can be felt throughout the day, and this pain may even disrupt sleep.

The following symptoms are evident in many other types of cancer…

Lack of appetite and subsequent weight and muscle loss are present in all types of cancer. This weight loss deprives patients of nutrients needed to battle the condition. Without these nutrients, patients become weaker and have a harder time battling their illnesses.

As a consequence of the body battling the cancer, the following can occur…

Fatigue can be a result of both the effects of cervical cancer and its treatments. For example, patients often experience fatigue for a long period of time after undergoing treatments like radiation therapy and chemotherapy.

In its advanced stages, cervical cancer can trigger another life-threatening condition…

In more serious cases of cervical cancer, kidney failure can occur. This failure is the result of cancerous tumors blocking the kidneys, causing urine buildup. This buildup in turn disrupts the kidneys’ functions. This process can decrease your chances of recovery and survival.

Once these symptoms start to appear, or if you know you’re at risk for cervical cancer, consult your doctor immediately. The earlier this cancer is detected, the higher the chance that the cancer can be cured.