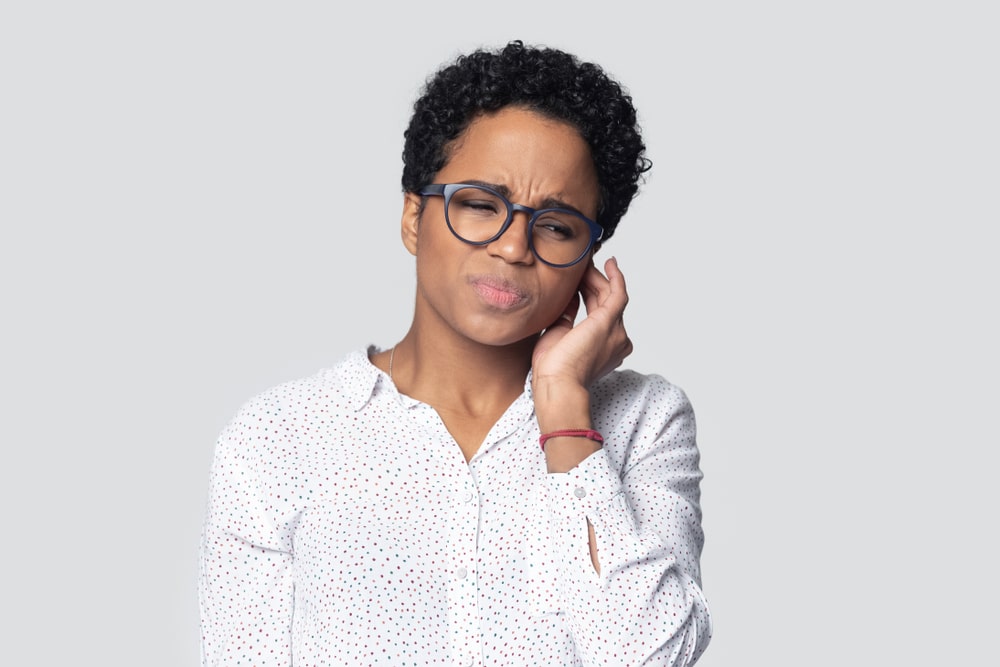 Otherwise known as otitis, an ear infection is when a bacterial or viral infection affects the ears. Both children and adults can suffer from this, but the NIDCD says that the incidence is more common in five out of six children.

So be on the lookout for the following ear infection symptoms…

1. Pain Inside The Ear

This acute ear pain is caused by the inflammation and fluid buildup that occur in the middle ear. As the insides of the ears are sensitive, it can be extremely painful, especially while lying down.

Those fluid build ups do more than cause painful sensations…

Too much accumulated fluids can make the eardrums swell and bulge. This happens when the eustachian tube, which drains fluid from the middle ear, becomes clogged and swollen.

The swelling can affect the eardrums in the worst possible way…

Fluid buildups caused by ear infections are much more dangerous than you think. The accumulated fluids put pressure on the eardrums, rupturing them in the process. Ruptured eardrums, in turn, make you vulnerable to hearing loss.

Like swollen eardrums, retracted eardrums are due to a dysfunctional eustachian tube. Having decreased pressure inside the ears makes the tube collapse inward towards the middle ear, which then can cause temporary hearing loss.

What can seem as harmless can indicate something more serious…

5. Itching In And Around The Ear

Having itchy ears is usually seen as an early sign of ear infection. It can be felt inside, or even outside the ear (otitis externa), which can then lead to redness and swelling.

You’ve heard of runny noses, but what about runny ears?

Also known as otorrhea, ear discharges are attributed to ruptured eardrums. These discharges are usually brown, white or yellowish in color, and can also be a little bloody at times.

With these symptoms right above each other, it’s no surprise that this occurs…

Temporary hearing loss is common in ear infections, and it’s because of the buildup of fluids in the middle ear. Normally, it goes away after a while, but it could cause serious hearing damage when left untreated.

Ear infections affect the rest of the body as well…

Fevers with temperatures from 100° F up to 104° often come with ear infections. Atlanta pediatrician Dr. Jennifer Shu says that about 50% of children who have ear infections suffer from such fevers. Adults, on the other hand, usually do not, since they usually have stronger immune systems.

Though not as strong as fevers, the following can still affect your daily routine…

Adults suffering from ear infection often feel run down or exhausted. Those with more severe cases of ear infection suffer bouts of dizziness, nausea, vomiting, and even losing their balance.

Hitting the hay won’t be as cozy with ear infections…

Sleeping with an ear infection can hurt like hell, since lying down exacerbates the pain in the middle ear caused by fluid buildup. Doctors recommend sleeping sitting up or reclining since it helps drain the fluid and relieve pressure.