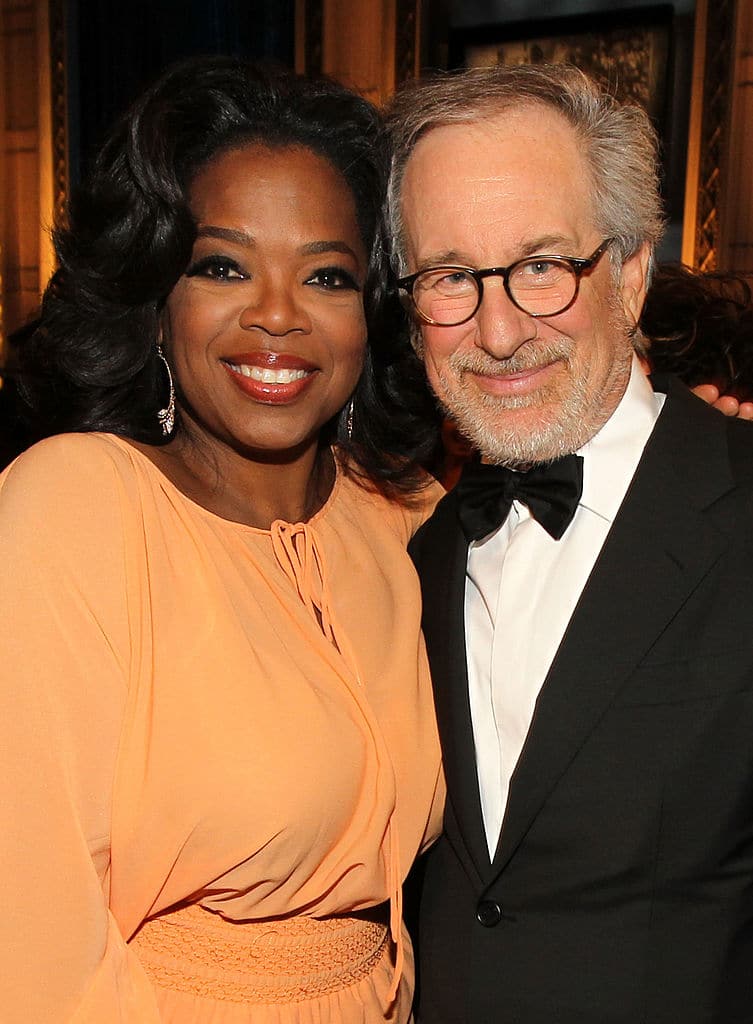 They lost their homes, their jobs, and their reputations, but they never lost their hope. These celebrities fought through the dark times to climb their way to the top.

We hope these stories will inspire you to remember you’re not alone–everyone suffers rejection and adversity, and we all have the ability to face those difficulties head-on and achieve the goals we’ve set for ourselves!

Stephen King’s first novel, “Carrie,” was rejected by thirty different publishers before it made its way to bookshelves worldwide. In fact, after his thirtieth rejection, King tossed it in a trashcan and decided not to pursue it further. The story would have ended up in a landfill if his wife had not come behind him, fished it out of the garbage, and convinced him to complete it. Not only is “Carrie” now a classic novel, but King’s books have sold 350 million copies! We’re inspired by the fact that King received his wife’s encouragement and chose not to give up!

Do you have a goal you could overcome if you chose to face your obstacles?

Walt Disney was fired from his first job as an editor at the Kansas City Star. Do you know why? The man who fired him didn’t believe Disney had enough imagination! After that, he lead Disney’s animation studio, Laugh-O-Gram, right into bankruptcy. It wasn’t until he moved to California that his career took off. It was there that Disney began to produce cartoons. Disney’s story inspires us because he just kept moving forward until he found the perfect outlet for his abundance of creativity, despite ill-equipped bosses and professional missteps.

Do you have people in your life that aren’t recognizing your potential to follow your dream?

Bethany Hamilton, a gifted surfer and courageous woman had her left arm bitten off by a shark when she was thirteen years old. While most people in the general public were encouraging her to take her life in a different direction, Hamilton got right back on her surfboard one month after the tragic event. Two years later, she won first place in the Explorer Women’s Division of the NSSA National Championships. Her bravery and determination inspire us!

Do you have some fears to face so you can accomplish your dream?

Today, Oprah Winfrey is a household name. We’ve seen her on the big screen, the small screen, and everywhere in between! But, did you know she ran away from home due to years of abuse and gave birth to a child when she was 14 years old (who died soon after) and was told she wasn’t pretty enough to be on TV? We’re inspired by Oprah’s decision to overcome her obstacles and keep taking the necessary steps to become the unstoppable force she is today.

Do you have dreams people have convinced you not to pursue?

We all know Vincent Van Gogh as one of the most famous painters in the world. During his life, however, Van Gogh only sold one painting! Even though he never experienced any success in art while he was alive, he painted over 900 pieces. Van Gogh inspires us because he persisted through his perceived failure and ended up leaving the world a legacy of beauty, complexity, and masterful artistry.

Do you have a dream that you can continue to pursue, even if you’re not currently receiving any external validation?

Charlize Theron is a fantastic actress. She’s also a strong and dedicated woman. When Theron was 15 years old, she witnessed her Mom shoot her Dad in the act of self-defense. Though this tragedy was traumatic for her, Theron did not allow it to immobilize her ambition. Eventually, Theron rose to A-list fame in Hollywood and became the first South African actress to win an Academy Award. Theron’s fierce focus and determination inspire us.

Do you have trauma you need to overcome in the pursuit of your dream?

One of young Steven Spielberg’s dreams was to go to film school at the University of Southern California. Knowing about him what we know now, that seems like a pretty easy dream to attain! Even so, Spielberg was rejected from USC . . . not once, but twice! Eventually, he got the last laugh when the university awarded him an honorary degree in 1994. We’re inspired by the fact that Spielberg just kept practicing his art even in the face of adversity. The more films he made, the better he got at making films!

Do you have a dream you can eventually attain through practicing your art or skill?

Albert Einstein didn’t speak for the first three years of his life. Some of his teachers assumed he was “slow,” while others thought he was lazy. He often seemed to be distracted by abstract concepts, which caused adults in his life to be frustrated with him. These experiences resulted in a lack of confidence that Einstein struggled with much of his life. Ultimately, when Einstein had the freedom to explore those concepts that fascinated him in his youth, he discovered the theory of Relativity! We’re inspired by Einstein’s ability to ponder complex ideas and trust his instincts despite others’ negative opinions.

Do you know a young person who seems to be struggling and could use a word of encouragement from you to keep pursuing their dream?

Sylvester Stallone is synonymous with names like Rocky and Rambo. He’s been impressing us with his physical prowess and ability to perform fight choreography with flair since 1976. Before that, Stallone suffered adversity at birth that is the cause of his slightly slurred speech and the “Sylvester Snarl” we’ve all come to recognize. Stallone’s mother suffered complications while in labor with him, which forced her doctor to use two pairs of forceps during his birth. The doctor accidentally severed a nerve during the procedure and caused paralysis in part of Stallone’s face. We’re inspired by how Stallone embraced his unique look and made part of his characters, as opposed to shying away from the camera.

Do you have some physical quality that you can work through to attain your dream?

Most people don’t know that Jim Carrey had to drop out of school when he was 15 years old to support his family. Soon after, his entire family spent some time living in a van. Today, he’s one of the most successful Canadian artists of all time! We’re inspired by Carrey’s decision to continue to follow his dream of becoming a comedian.

Do you have a dream you could begin following today?