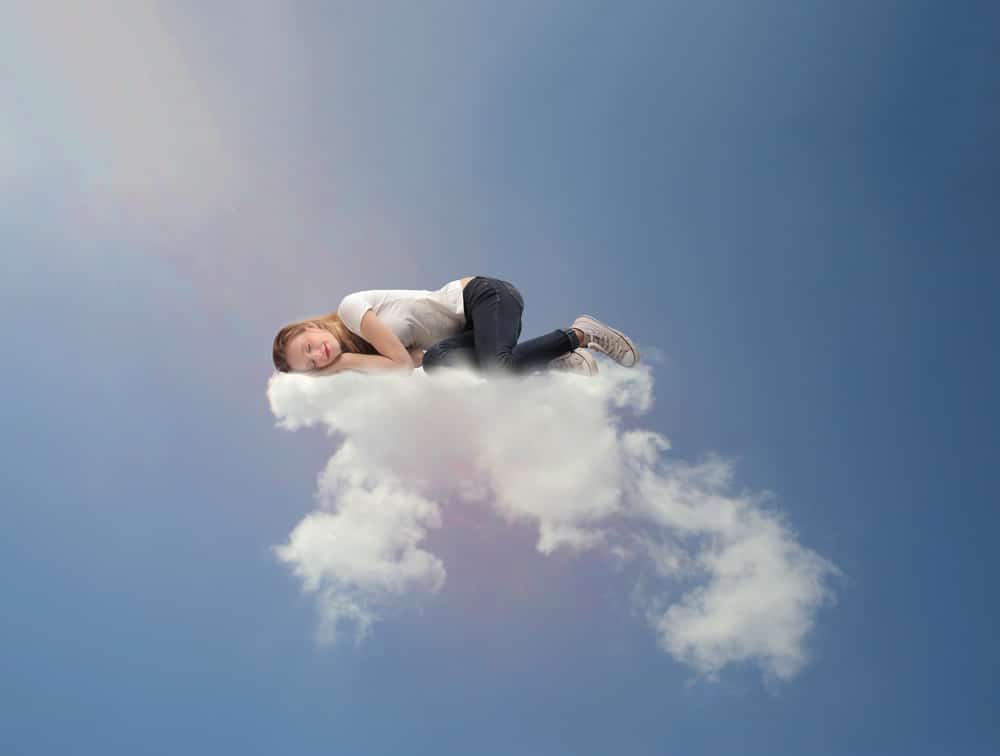 Nothing beats a full eight hours of sleep, but often times, that’s hard to come by. Still, sleep is a critical component of our health, so it’s important we prioritize it.

And, as it turns out, a lot happens when we sleep, even more than just shut eyes and snores. Sleep is a time when your body and mind are extremely active, and they carry out critical, yet fascinatingly wild functions that help you function during the day. So, what really happens when you sleep? Read more to find out.

If you’ve never heard of Exploding Head Syndrome (EHS), well then lucky you. It’s a form of parasomnia that involves hearing extremely loud sounds when you’re asleep. Even worse? They’re unexpected because they usually happen right when you doze off.

Although the exact cause of EHS is unknown, hearing loud noises that jolt you awake can feel scary. Some research says EHS can include sounds like a gunshot, loud voices, ringing or even a buzzing sound. If you’ve ever experienced an episode like this, it’s important you see a doctor to rule out other health conditions, like a stroke or a sleep disorder.

Have you ever jolted away because you thought you were physically falling off your bed? It’s a common phenomenon called a hypnic jerk or a hypnic myoclonus. The reason? Usually it happens when your muscles stop moving and your brain reacts. This is also fairly common in the early stages of sleep when it’s easier for you to wake up quickly.

A hypnic jerk can also happen if you’ve drank alcohol or caffeine in the hours before you went to bed, or if you are sleep-deprived or extremely stressed. Your body is sensitive to these elements, so it should be no surprise to see your sleep impacted.

If you’ve ever looked at someone when they’re asleep, you likely noticed their eyes moving back and forth under their eyelids. As weird as it sounds, it’s a critical component of the sleep stage known as Rapid Eye Movement (REM). The reason your eyes move so rapidly? It’s because your brain is quite literally sifting through various images from the day, and your eyes are following suit.

You Talk, Curse or Mumble

Talking in your sleep is fairly common, but not many people fully know why they do it. Even more, talking in your sleep has an actual name. It’s called somniloquy in the medical word, and it’s also a type of parasomnia. Most of the time, it happens during a dream. The dream might be so vivid, you actually vocalize in your sleep how you’d react if you were present in the dream.

In other cases, somniloquy can occur due to stress or alcohol consumption, both factors that have a negative impact on restful, restorative sleep. Some people might even curse or mumble a few words related to their dream. Mental health disorders and sleep disorders can also be the culprit, so it’s important to talk to your doctor if you experience this.

As it turns out, sleep actually helps with memory, which makes sense, considering a bad night’s sleep often feels like complete brain fog the next day.

While some people might believe your brain is at rest during sleeping hours, the opposite is true. Your brain is hard at work storing memories from the day and in turn, helping with long-term memory consolidation. Without a good night’s sleep, it becomes very difficult for you to remember things during the day because your brain didn’t get the chance to store memories during sleep. So, this is definitely a reason to prioritize rest!

Yes, it’s true that at a certain point during REM sleep, your body becomes partially paralyzed. As scary as it might sounds, it’s completely normal and is known as atonia, when your arms and legs become temporarily paralyzed. What happens is your muscles relax, making them less likely to be able to move while you rest. Some research suggests this happens so that you don’t hurt yourself when you sleep. Specifically if you have a nightmare, your body is then less likely to move around or fall of the bed.

On the opposite side of the spectrum, some people have sleep paralysis, which is a sleep disorder, or REM sleep behavior disorder, which is when you actually do act out your dreams. This can involve kicking, moving or even getting out of bed. So, maybe being temporarily paralyzed during sleep isn’t so bad after all?

We’ve all heard of sleep walking, but experiencing it is another thing. If you sleep walk, the cause could be one of many things: high stress or illness, medication, a sleep disorder, needing to use the restroom or even your genes. This means your body is simply reacting to something.

But, sleepwalking can also be dangerous, especially if you frequently do it or you have a hard time waking yourself up during it (which is common, by the way). According to Cleveland Clinic, the best way to reduce your chances of sleepwalking is to do things that would reduce sleep deprivation. This can include relaxing before bedtime and avoiding caffeine hours before you doze off.

Despite what people might say about “waking up to the smell” of something, you actually can’t smell anything when you’re resting. That’s because your sense of smell is always changing throughout the day and is highly related to your circadian rhythm, your body’s natural clock that picks up on light and dark cues through the 24 hours in a day.

Even more interesting, the hours between 3 a.m. and 9 a.m. are the least likely time you’ll eat something, according to one study. It turns out your sense of smell has a lot to do with whether or not you’ll eat something. It’s one way your body can determine if something will taste good. That paired with your circadian rhythm makes it biologically more difficult for you to smell anything while you’re asleep.

Your Body Literally Repairs Itself

On a positive note, lots of good things happen during your resting hours, too. For instance, while you’re asleep, your body works hard to essentially “repair” itself from the day. Specifically, our nerve cells require sleep to function best, which means we will also be able to think more clearly during the day.

Furthermore, your body repairs body tissue, replenishes your energy supply and recovers memories, which is critical for your daytime brain functionality. After all, without restorative sleep, getting through the day can be extremely difficult.

It’s true: your body temperature slightly decreases when bedtime approaches. While most people claim to get hot during the night, it’s also true that your body is slightly decreasing its temperature before you head to bed. And although you might not physically feel a big dip in your temperature, your body is doing this on purpose. As part of your circadian rhythm, your body prepares itself for rest as the nighttime hours come. This is totally normal, and it actually helps your body get the sleep it needs.