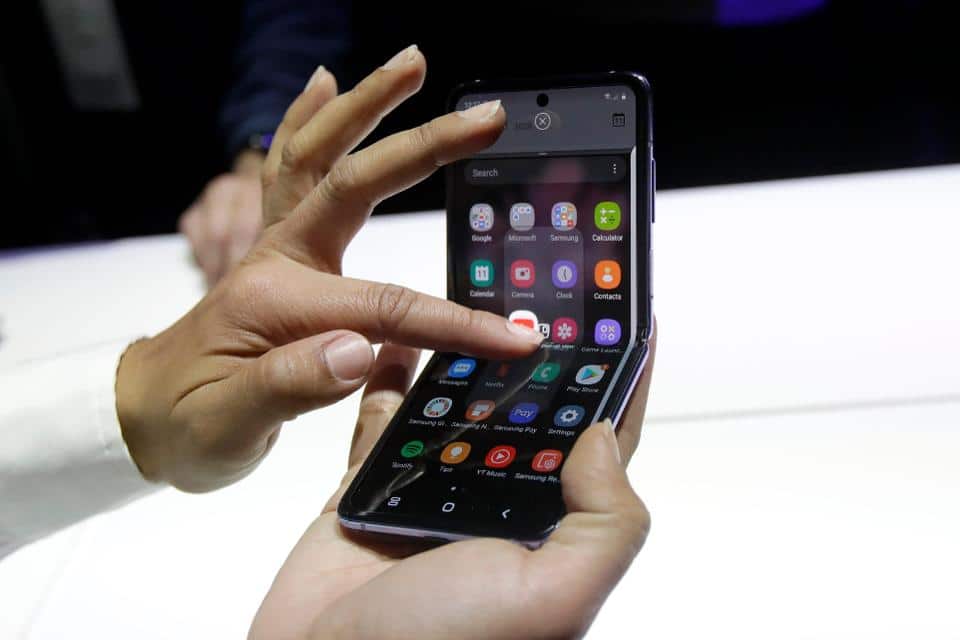 It is all about the flip.

The Android OS-equipped Samsung Z Flip is the first phone that challenges the notion that a smartphone needs to be a big rectangle in your pocket. It has a screen that folds in half to only take up half the vertical space in your pocket or bag.

How Big Is the Samsung Z Flip?

This folding feature is great for comfort and utility. However, this cool feature isn’t all that the Z Flip has to offer; it really is one of the best phones on the market. If you are looking for the latest and greatest new technology, this is one phone you are going to want to check out.

The Z Flip is an attractive looking phone with plenty of customizable options to satisfy fans.

The texture of the outer case is high-end and doesn’t feel at all flimsy. If you want to dress up your Z Flip in some official swag, you can get a calf-leather case that fits perfectly; it looks like it would be at home in a European sports car.

There is also a special edition collection, called the Thom Browne Edition, that has red, white and blue stripes. This racing stripe treatment is available for not only the phone’s case but also for earbuds and the strap of a matching smartwatch.

The folding feature of the Z Flip lends a helping hand for filming a video or doing selfies. For example, the ratcheting hinge can set the angle of the phone anywhere from flat to closed. So, you can set the phone down and aim it like you would a camera on a tripod.

Cameras to Capture Every Moment

The Z Flip has 3 separate cameras.

Another handy feature of the Z Flip is the charging. Options include:

The Z Flip is big on the specs that really matter for speed. In fact, this smartphone is more powerful than a lot of laptops. It has 8GB of RAM and 256GB of internal storage. That means plenty of room for music and movies, including the ones that you will create with those amazing cameras.

The Z Flip costs $1380 at the moment, which is somewhat cheaper than its closest competitor, the Motorola Razr, which costs $1499. It is an even bigger bargain when one considers that the Motorola Razr is getting catastrophic reviews—unlike the Z Flip.

When it comes to innovative tech that works at competitive pricing, there really isn’t anything like the Samsung Z Flip on the market today.