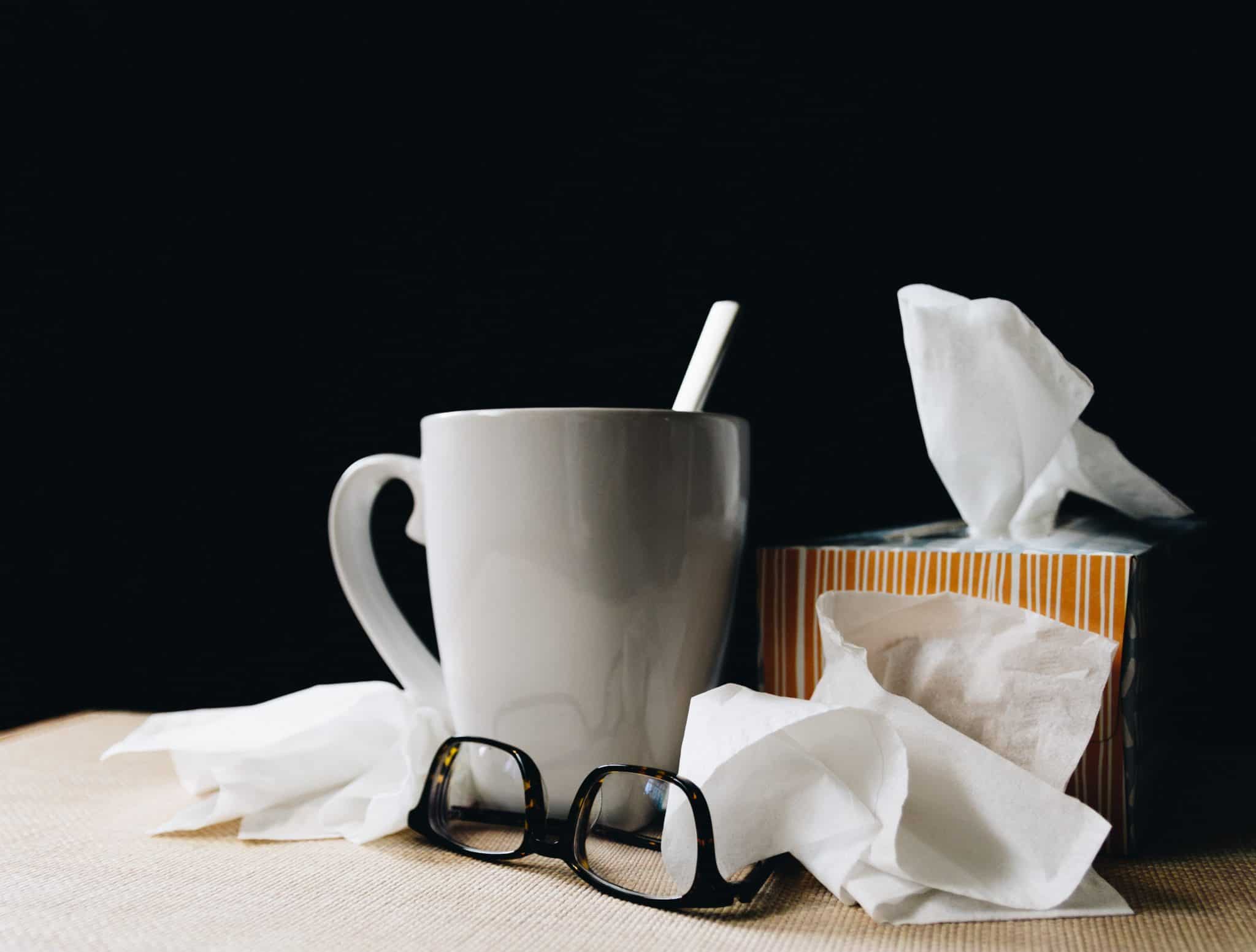 Most people have caught the flu at least once in their lifetimes. Those who have had it know how unpleasant it can be. Fever, muscle aches, runny nose, dry cough, and headaches are just a few of the symptoms this viral illness can create. Unfortunately, some strands of the flu are particularly potent; if left untreated, they could become lethal.

With flu season just around the corner, it never hurts to be prepared. They say an ounce of prevention is worth a pound of cure. Below are some steps people can take to help protect their health:

The flu is a highly contagious illness. It’s important to avoid as many risks as possible. Coughing, sneezing, simply breathing, or touching surfaces are all ways an infected individual can spread this illness.

It’s a good idea to avoid those who display flu-like symptoms, if possible. Note that someone might still be contagious even if they don’t show symptoms. Symptoms can appear a few days after initial exposure, but those carrying the virus can still transmit it to others. As such, even those who don’t show symptoms but were likely exposed to the virus should be avoided for a few days to see if symptoms appear.

It’s also best to stay away from crowded places such as subways, shopping malls, and supermarkets as much as possible. In these places, people tend to be super close to each other and it would be easy to touch an infected surface. Since coughing or sneezing can release the illness into the air, it can travel a few feet away to other people. If possible, it’s best to skip the subway ride home.

Washing hands is a simple yet effective tool for fighting disease. Every day, people expose themselves to infection by simply touching surfaces (doorknobs, desks, etc.) that are covered with germs. Washing hands with soap and warm water can help remove those germs, reducing the likelihood of catching something. Good hygiene protects everyone, not just those who practice it. The less people spreading around germs, the less likely everyone is to get sick.

It’s important to stay on top of washing hands during flu season. Just washing once and then avoiding a faucet for the rest of the day won’t cut it. Without thinking about it, people can touch an infected doorknob. By simply touching their mouths without thinking about it, they may have just directly transferred the flu into their bodies. As such, besides washing hands, it’s a good idea to avoid touching the face, particularly the nose and mouth area.

It’s important to keep individual areas clean as well. When family members visit or clients come to the office, they’ll be putting their hands all over the place. This can cover the home or work area with germs. Spraying and wiping down belongings can help reduce the risk of catching something. Encouraging coworkers or visitors can also be a simple yet efficient way to reduce transmissions.

Aerobic activities can help strengthen the immune system against viral agents. According to several sources, engaging in regular exercise may help increase production of white blood cells, which fight off infections. Research says that exercise is supposed to help the cells circulate at a quicker rate. Even simple activities like walking or jogging for at least 30 minutes can help give the immune system a boost.

4. Stay on a healthy diet

Diets consisting of foods with vitamins, minerals, and antioxidants can give the immune system a boost and help it function properly. Drinking plenty of water is also beneficial, as it aids in eliminating toxic substances from the body.

Studies have shown that sleep deprivation can have a negative effect on the immune system’s functioning. Furthermore, research suggests that people who get less sleep may have greater chances of developing the flu. Though no supporting evidence has been provided on sleep deprivation being a direct cause of the flu, it’s still essential to get a proper amount of rest to maximize health. Adults should get at least eight hours of sleep per night while children need ten to eleven.

Flu shots are one of the best ways to protect the immune system during flu system. What’s in a vaccine? Well, scientists create vaccines using disease-carrying substances. This might seem scary, but it’s not really. These substances are weakened to the point where they should not cause symptoms of the disease or virus itself. Instead, they stimulate an immune reaction. This means that immune system produces antibodies in response to these agents injected into the body.

In other words, vaccines expose people to a weakened form of a disease or virus. This will not cause the illness itself, but force the immune system to build up a defense against it. This way, if people are exposed to a harmful strand of the disease later in life, they will already have an immune system prepared to handle it.

Most flu shots are approved for individuals six months or older. Flu shots are generally recommended for adults who are 65 years of age and older with weakened immune systems.

But what happens if prevention doesn’t work? The best solution is to see a licensed healthcare provider as soon as possible. They will likely prescribe medication to combat the flu and reduce symptoms.

One recently FDA-approved medication that has been gaining attention is Xofluza. Otherwise known as baloxavir marboxil, a Japanese pharmaceutical company designed this drug to help treat flu symptoms. It is marketed towards people who are at least 12. Patients must receive treatment within 48 hours of developing flu symptoms in order for it to be effective.

Keep in mind that taking this prescription medication may result in side effects. Commonly reported ones for this medication include: bronchitis, nausea, nasopharyngitis symptoms, headaches, and diarrhea. Also, depending on the individual, Xofluza can cause allergic reactions. A licensed medical professional should provide some information regarding usage of this drug with dietary supplements and other medications.

Disclaimer: This article is not reviewed by Xofluza. This article should not replace the advice of a licensed medical professional.