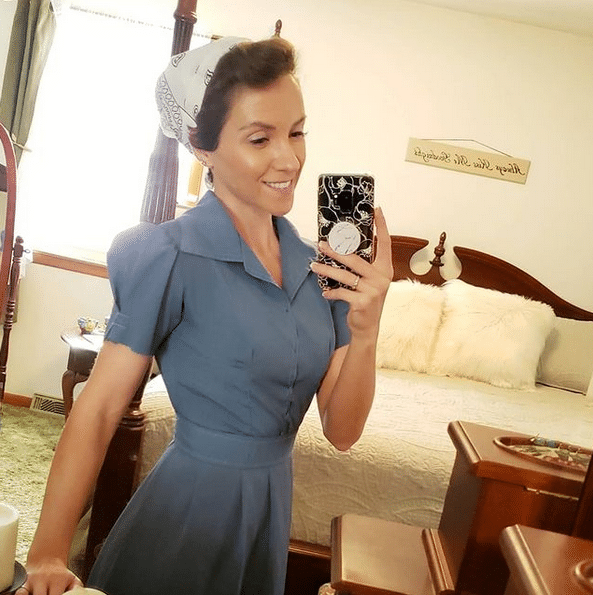 At first glance, it’s easy to see why the Amish, with their old-fashioned, no-electricity ways are often referred to as the “Plain People.” Often misunderstood, there’s so much more to them than just the buggies, bonnets, and beards. For one, they don’t actually go to church, and have a good reason for not wearing white wedding dresses. This unique group has a charming culture few outsiders truly understand and appreciate, so it’s worth learning more about this fascinating population.

Jewelry, including wedding rings, is prohibited to prevent vanity. So too are belt buckles, which is why Amish men wear suspenders instead of belts.

They make some delicious doughnuts and other dishes

The Amish make a variety of baked goods, jams and preserves, and dishes like beef and noodles. Shoofly pie is one well-known dish, and handmade Amish glazed doughnuts are another tasty specialty.

Amish teens can experience the outside world during Rumspringa

Teens who come of age have the opportunity to travel and explore the world outside the communities they grew up in, which is a rite of passage for many Amish youth. After their travels, they have the option to stay Amish, officially join the church and get married, or leave their community forever.

There are Amish communities all across the United States

As of 2020, there are 31 U.S. states with significant Amish populations. An estimated 350,000 Amish people live in the U.S., with the largest populations in Pennsylvania, Ohio, and Indiana. Lancaster County, Pennsylvania, is home to the largest Amish community in the U.S. with roughly 41,000 people, while Idaho is home to one of the smallest Amish communities with about 50 people.

Many Amish couples get engaged in secret

An engagement is a private matter initially shared between just the couple. It’s rather common for an Amish couple to get engaged in the spring, then tell their families in the summer, and the rest of their community in the fall. How romantic!

Shoofly pie is made with molasses, not insects

The common Amish confection is more of a crumb cake than pie, and it is often served for breakfast instead of as a dessert.

They aren’t all farmers

While agriculture is still an important industry within Amish communities, a large section of the Amish workforce is dedicated to construction and crafting.

They have large families

The average Amish family has six to nine children. Because of a high emphasis on manual labor within Amish communities, a high birth rate means more workers.

They often use compressed-air powered machines

To comply with current dairy storage standards, many Amish use diesel generators to refrigerate their milk. Over time, these generators were also used to run compressed-air equipment such as power tools and kitchen appliances. Even sewing can be done via a compressed-air powered sewing machine, making the manufacture of large Amish quilts a breeze.

When it comes to weddings, it’s all about the celery!

Celery is a staple in many Amish wedding dishes, including Amish casserole, where it’s mixed into a stuffing with chicken. Instead of flowers, one can often find jars and vases full of celery decorating the wedding tables. And a big hint that an Amish family is preparing for an upcoming wedding? They’ll be growing tons of celery in their garden to prepare for the occasion.

Most Amish don’t attend church in a church

The majority of Amish communities don’t have a dedicated church building for Sunday services. Because of this, worship instead takes place in barns, workshops, or even in a family’s basement. Other religious ceremonies, such as weddings, also take place at home.

In addition to following many principles from the Bible, each Amish community has its own set of rules known as the Ordnung. Ordnung rules can vary from community to community, but typically include dress code standards, what types of technology are prohibited or permitted, and carriage design requirements. Some rules are so distinct, you can identify what settlement an Amish person comes from based on the color of their buggy or how they wear their hair.

They have strict dress codes

Amish women typically wear plain, loose-fitting dresses with aprons, while men wear pants and simple shirts with suspenders. Both men and women are required to wear head coverings, and while Velcro and zippers are prohibited, buttons are allowed in some communities.

An unmarried Amish couple can sleep in the same bed

Young couples are often allowed to sleep in the same bed during their courtship to help form a strong foundation of companionship. However, the pair has to sleep fully clothed, and a large wooden plank known as a bundling board is placed between the two to keep them from getting too intimate.

The Amish have some media representation

While a small corner of the publishing market is devoted to Amish romance novels, with the lack of technology, it makes sense there isn’t much digital content featuring this group. That being said, a few Amish-centered films worth the watch include Witness starring Harrison Ford and For Richer or Poorer starring Tim Allen and Kirstie Alley. One memorable (and hilarious!) Amish TV appearance is David Rose’s temporary stay with an Amish family in the Schitt’s Creek season 2 premiere.

After eighth grade, Amish boys are employed on the family farm or in a trade, while Amish girls work around the home or on various crafts.

After her wedding day, an Amish bride’s wedding dress becomes a part of her regular wardrobe, and she’ll wear it every Sunday. Wearing white would be impractical then, as the dress would show wear and tear with time.

They make a variety of handmade goods

While farm-fresh Amish produce can be a treat, many members of the Amish community are skilled craftspeople. Common Amish products include handmade quilts, children’s toys, wooden furniture, and woven baskets.

Some Amish do use technology

Depending on the individual Ordnung, some Amish groups are more tech-savvy than others. Some communities are known to use tractors, propane, and cell phones on occasion.

Shaving another man’s beard can be a serious crime

Typically, an Ordnung decrees that an Amish man may not shave his beard, though he can trim it occasionally. Shaving another man’s beard is prohibited, and in some cases, can be a serious crime with significant jail time.