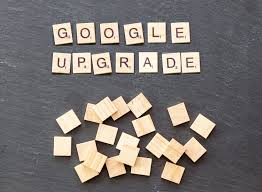 Google is set to launch its Pixel 3 smartphone device in October 2018. Google confirmed its intent to launch an Android device that targets camera enthusiasts after the success of Pixel 2/XL. According to rumors, it is said that Google is going to launch three different successor models. They describe that the launch as including the Pixel 3, Pixel 3XL (which has a larger screen), and another Pixel phone that will serve as the cheapest option.

Speculators assume the Pixel 3 will have more capabilities than its predecessors, as rumors say it will be powered by the Android P, or Pie, system.

The price is currently unknown, although it is expected to be steep since the cost of smartphones has been skyrocketing throughout the past year. The Pixel 3 is coming in under most rival phones starting at $799 and a $400 trade in credit from Google. Verizon is the exclusive carrier for the Pixel 3 although unlocked phones can be purchased through Google and used on any network. Verizon is offering buy one get one deals on the the Pixel 3.

The phone has a double-lens front camera, single lens-rear camera, a dual-tone back, a rear-facing fingerprint scanner, a large notch on the front, and the volume and power buttons on the right edge.

According to rumors, there is no display notch on the phone. The back of the phone is supposedly similar to the Pixel 2, which also has a fingerprint scanner. Sources also say that the Pixel 3 will have a 5.4-inch screen and a width of 8.6mm, as the camera at the back sticks out.

Although there is only one lens on the rear camera, sources say that the camera takes amazing shots in low-lit environments, thanks to its upgraded Visual Core.

Visual Core is a chip that came with the Pixel 2 models to improve the processing of HDR+ pictures. But in the Pixel 3, it will most likely bring greater capabilities. Sources also state that the cameras at the front will be 8MP, but one lens will have a f/1.8 aperture, while the other lens will have a double-aperture.

All in all, it appears as if this smartphone will improve upon previous models by upgrading its cameras and core, among other changes. Various options for the third generation of Pixel will likely satisfy fans looking for updates on previous models of the phone.

Disclaimer: This article is neither reviewed nor endorsed by Google.