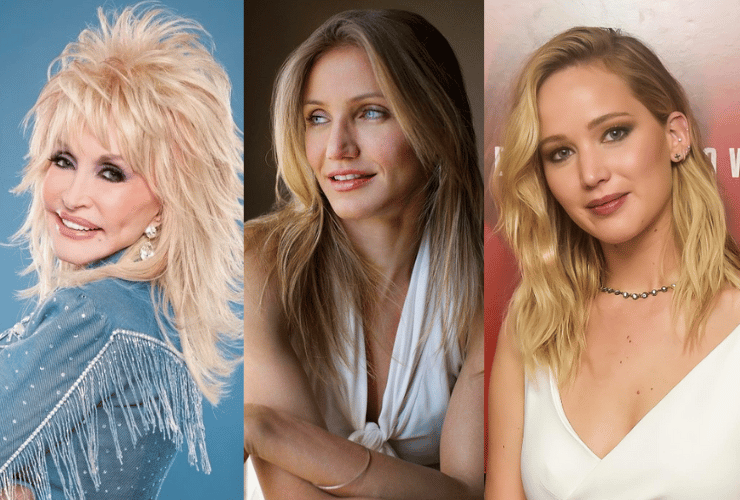 They say blondes always have more fun, which clearly rings true when it comes to Hollywood stars. Whether they’re naturally fair-haired or their color comes out of a bottle, these stars have talent for days, and golden locks aplenty.

From red carpet royalty to actual royalty, here are some of the most famous, fashionable blondes.

More than fifty years after her death, Marilyn Monroe is arguably the most iconic blonde on this list. She was one of the sex symbols of her time and she remains one of the most beautiful women to have graced Hollywood. This blonde bombshell stole the hearts of many with her sex appeal, sweet personality, and her talent. Even after her death, she continues to inspire many; with singers like Nicki Minaj paying homage to her in her song Marilyn Monroe.

This undisputed “Queen of Pop” is famous for both her record-breaking hits and her ever-changing looks and fashion. The 64-year-old is as fashionable as she was in her 20s and she still gives younger celebrities a run for their money. Her chart-topping hits include La La Bonita, Frozen, Hung Up, and Material Girl.

Famous for her eccentric Harley Quinn character, Margot Robbie does not ever disappoint in any role she is given. Her acting prowess has made her one of the highly sought-after actresses in Hollywood and it is no surprise.

After all, she is not just talented, she is also very versatile and her sunny personality makes her a joy to watch.

One of the most iconic singers of the 20th century, Lady Gaga is known for her up-tempo dance music,  wild fashion statements, and powerful personality. She is a strong voice for mental health and LGBT rights activism. Her nonprofit organization provides support for young people dealing with mental health issues.

Her hit songs are; Bad Romance, Rain on Me, Shallow, and loads of others.

Before the grey hair, Jane Fonda was a gorgeous blonde in her young days. Her golden hair earned her a role in the movie Barbarella, a 60s sci-fi film. This movie catapulted her into the limelight and she has starred in at least 48 movies; winning two Academy Awards for her works.

Even though she was neither an actress nor a singer, this glamorous Royal Princess makes this list of the most iconic blonde women. Known for her fierce personality, and elegant fashion styles, Princess Diana was more than iconic in her lifetime. Although her life was cut short in 1996 in an accident, Princess Diana is forever remembered for her bravery, fashion statements, works of charity, and her beautiful blonde locks.

Ever since she got her big break with her role in Lost in Translation, Scarlett is easily one of the highest-grossing actresses of all time. Having starred in several blockbusters, Scarlett Johansson is showing no signs of slowing down. This Marvel star is one of the best actresses in Hollywood and her blonde looks add to that appeal.

It doesn’t matter the role she is given, Charlize Theron never fails to entertain the audience with her performance. Blessed with captivating blonde hair and intriguing eyes, Theron is one of the most stunning actresses and models in Hollywood. She is the first person of African descent to win an Academy Award for her acting. Her notable works include Atomic Blonde, Mad Max: Fury Road, Monster, and several others.

She remains one of the highest-paid actresses in the industry.

Beautiful with the girl-next-door look, Taylor is a very talented singer. She is famous for writing personal stories and turning them into iconic songs. It’s no surprise she won her first grammy award at the age of 20. She is not only passionate about singing, but she also has a sweet personality. Several fans have praised her down-to-earth personality despite having a successful career.

After she started her musical journey on the Disney channel, Christina went on to wow us with her four-octave voice. Blessed with insanely good looks and a more insane voice, Christina has kept us hooked throughout her music career.  She had and still has us jamming to her songs. Songs like Genie in a Bottle, and I Turn to You, were so popular when they were released. She also has Latin songs and earned six grammy awards including the Latin grammy award for her work.

Even before she became the wife of Ryan Reynolds, (an actor that continues to charm us with his goofy persona as well as his acting skills). Blake Lively was already famous for her role in Gossip Girl, a teen drama that launched the acting careers of many actors. She has also done a host of movies including Green Lantern, a superhero movie, where she met her husband.

Although she is focusing on her family at the moment, we hope to see more of Blake Lively on our screens soon.

Though she was not a natural blonde, Jayne Mansfield was famous for her blonde looks in her lifetime. She was one of the hottest women in the 50s and 60s becoming a sex symbol. She starred in different movies and TV shows and she released two studio albums before her sad death at age 34 in 1967.

Saoirse was only thirteen years of age when she got nominated for the Academy Awards for her amazing performance in the movie Atonement. This adorable blonde actress has starred in different movies with her memorable performances in movies like Hanna, Lady Bird,  Mary Queen of Scots, and The Seagull.

The beautiful Drew Barrymore was born into the Barrymore family of actors and she started her climb into fame at age seven.

Although she suffered a turbulent childhood, she did not let it stop her from being the highly successful woman she is today.

Britney’s career started in Disney’s channel, catapulting her into a world of fame and success. She gained notoriety for her good-girl-gone-bad narrative, an inspiration from Madonna. As well as her reinvention of teen pop music in the late 1990s and early 2000s. She is best known for her songs like Baby One More Time, Oops..I Did it Again and Toxic.

Though, she has been plagued with controversies but Britney Spears is still one of the most beloved pop stars of her generation

If you are into country music, Dolly Parton’s songs would rank high on the list of your favorite songs. Paired with her quirky personality, fun live performances, and beautiful voice, Dolly Parton was a diva back in the day. Decades later, she is still a diva who is aging like fine wine. She is best known for her hit songs Coat of Many Colors and Jolene.

Cameron Diaz has been stealing scenes and melting hearts ever since she got her big break in The Mask. She is famous for her damsel-in-distress roles and her gorgeous looks. Blessed with natural blonde hair paired with blue stunning eyes, Diaz is undisputedly one of the most beautiful blonde actresses in Hollywood. She is best known for her roles in There’s  Something About Mary, Charlie’s Angels, and Knight and Day. After a successful acting career, Diaz is taking a break from acting, to focus on her family.

After her breakout role in The Hunger Games franchise, this talented actress has starred in a couple of movies like American Hustle, Joy, and Silver Linings Playbook. She won her first Academy Award for best actress for her mind-blowing performance in Silver Linings Playbook at the age of 22. Lawrence went on to become the highest-paid actress in 2015.