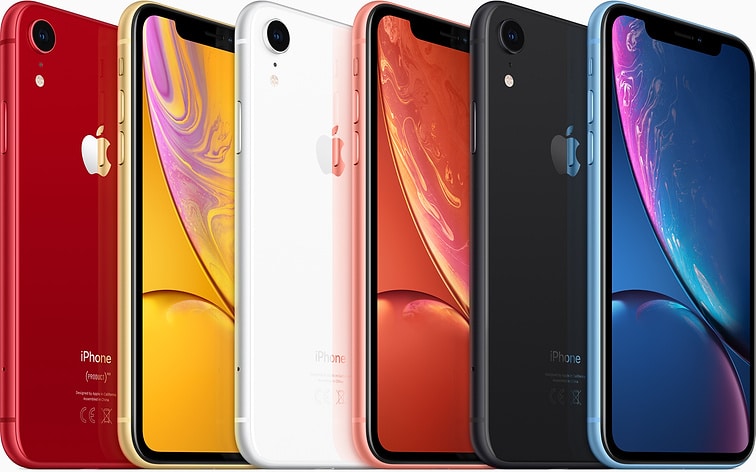 While the Apple iPhone XR is one of the cheaper new iPhone models, it is hardly a low-end device. It includes almost all the important features of the iPhone XS yet its base model costs only $749 ($250 cheaper than the base XS). This price includes 64 GB of storage. A 128 GB version costs $799 and a 256 GB version costs $899.

Those in the U.S. have additional options for affording this phone. Apple updated its trade-in rebate program, Give Back. It now adds (up to) an extra $100 rebate on previous trades. Those who trade in their iPhone 6 Plus, 6s, or 6s Plus can get up to an extra $100 credit off on a new phone, with 6s Plus owners receiving up to $250 of total credit. Those who have other types of iPhones, from the 6 to the 8 models, can also receive a boosted rebate, although it will be less than the $100 bump.

Like the XS and XS Max, the XR includes a top-in-its-class A12 Bionic processor. It also has front and rear cameras with Smart HDR, iOS 12, gesture controls, wireless charging, dual SIM support, Face ID, Animoji, 4K video capture and IP67 water resistance. Additionally, the device includes a battery that Apple says will last 90 minutes more than the battery in the iPhone 8 Plus.

As for other differences, the XR is made of aluminum as opposed to the stainless steel of more expensive new-release smartphones. A steel iPhone certainly is harder and more resistant to damage. There are advantages to the XR’s aluminum make, however. Being made of aluminum allows the XR to come in a wider range of colors, for example, including coral, yellow, red, white, black and blue. The XR is also missing 3D Touch, which can track how forcefully users press their screens.

The front-facing 7-megapixel TrueDepth camera in the XR is the same as those in more expensive iPhones. It is capable of producing excellent portrait photos and includes fun emoji tools as well. It represents a significant improvement over the front-facing camera that comes with the iPhone 8.

What differentiates the back-facing iPhone XR camera from “higher-end” iPhones is the lack of a telephoto lens. This means that it has no optical zoom nor does it have extra levels of digital zoom. Also, while the XR is capable of producing good portrait-mode photos, they are not telephoto-enhanced, which means that users need to get closer to the subject to get the same or similar effect. The effect will further only work with humans. It will not work with animals, unlike with the Pixel 3, which also only has a single back-facing lens.

A key difference is the display technologies. While the LCD display on the XR is just as bright as the OLED displays other smartphone models, the colors are not quite as vibrant. But it is still superior to the display that comes with the iPhone 8. The XR also has a lower resolution display than the XS models, but most casual users would be hard pressed to notice the difference in day-to-day use.

The Apple iPhone XR is a device that delivers superior performance with a wealth of powerful features. Those who are willing to accept a few minor tradeoffs will be treated to a phone whose price makes it difficult to match for the value it provides.