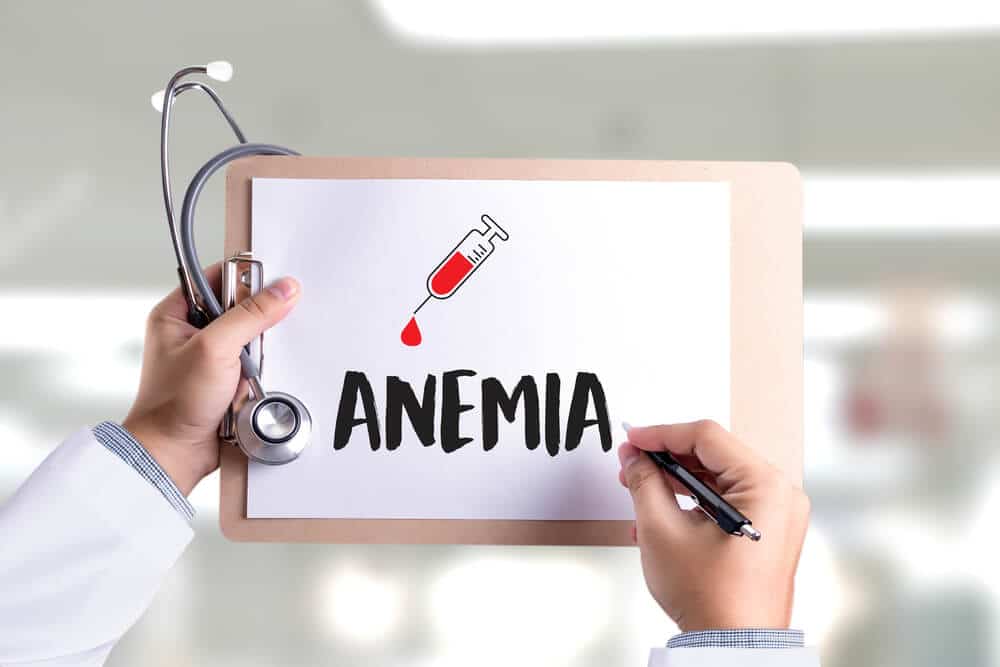 Anemia, or iron deficiency, can cause a variety of symptoms, ranging from mild to severe. Because anemia can be difficult to diagnose, it’s essential to pay attention to your body and recognize any signs of its presence early on, before more serious complications occur. This guide will help you recognize the warning signs of anemia so that you can take the appropriate steps towards recovery and prevention.

Ready to learn more about this debilitating condition? Read on to discover some of the most shocking symptoms…

If you have ever met someone who always seems cold, it’s possible that they may have been suffering from iron deficiency anemia. Without enough oxygen-rich red blood cells to warm the body, sufferers are often cold or get chilled easily.

The body needs an effective flow of blood to experience warmth. When the body has to direct the blood flow to multiple parts of the body, it is difficult for the body to generate consistent warmth, which can cause frequent chills in patients with iron deficiency anemia.

Of course, someone with anemia might not experience chills just for this reason alone…

Craving and chewing ice, a condition medically referred to as pagophagia, is common in people with iron deficiency anemia.

In extreme cases, some people will be so addicted to ice that they seek it out daily, buying bags to chew at home and altering their daily schedule in order to obtain ice. People with iron deficiency anemia also tend to crave other non-nutritive substances like clay, paper, dirt or corn starch.

If you start to experience any of these cravings, it is suggested that you see a doctor to find out if you may be lacking dietary iron.

While chewing ice alone may not cause much damage, the same cannot be said of the following classic symptom of iron deficiency anemia…

Dry, brittle hair and moisture-starved skin are often signs that the body is suffering from a nutrient deficiency. People with iron deficiency anemia will therefore often notice skin drying and cracking, especially the skin on the heels of the feet.

These symptoms occur when oxygen levels are low, and the body rations oxygen for carrying out other important functions. Keeping hair, skin, and nails healthy turns out to be low on this priority list.

Restless legs syndrome (RLS) and iron deficiency anemia are closely linked. People with RLS may find it hard to lie still and experience an overwhelming urge to move their legs while in a resting position. They often describe a tingling or itchy feeling in the legs, similar to how limbs feel when they “fall asleep.”

As with other symptoms of anemia, this symptom emerges because the body is trying to compensate for a lack of oxygen and iron by sending the iron throughout the body where it’s needed most. This rationing means that the majority of the iron-rich blood is traveling to the heart, depriving the limbs of the blood flow that they need.

While most people feel tired off and on during the day, the fatigue associated with iron deficiency anemia is more pronounced and debilitating.

With anemia, there isn’t enough oxygen being sent to the body’s tissues and muscles. As a result, the body weakens and the heart has to work harder to keep your systems operating normally. Both of these situations can induce lethargy and fatigue.

People with iron deficiency anemia often find themselves suffering from a swollen and dry tongue, making swallowing and eating difficult. The tongue can also become pale or unusually smooth. This usually occurs as a result of low levels of myoglobin, a protein that carries and stores oxygen.

As far as symptoms go, the following are some of the most severe of all…

Feeling lightheaded and dizzy can be a sign that the body is not getting the oxygen it needs to survive. This lightheadedness can also be accompanied by severe headaches and blurred vision in people with iron deficiency anemia. In some cases, people may suffer from fainting spells when iron levels drop drastically low.

With anemia, the body is preserving the limited oxygen in your red blood cells for the most essential functions like breathing. So, that means there is less oxygen sent to the brain, leading to lightheadedness.

When oxygen deprivation is severe enough, the iron-deficient body will experience headaches that range from mild to severe, as well as an overall feeling of dizziness.

Of course, these symptoms aren’t the only ways iron deficiency anemia affects the body…

Low levels of oxygen in the body make it harder for you to carry on normal daily activities like walking, carrying heavy loads or simple tasks without frequently trying to catch your breath.

Shortness of breath is one of the more severe signs of iron deficiency anemia and often accompanies other symptoms, like the following…

Most people go throughout the day without ever noticing their heartbeat. Feeling a fluttering feeling in the chest or a rapid heartbeat can therefore be incredibly alarming. For those with iron deficiency anemia, it’s a clear sign that something is seriously wrong.

With anemia, the heart works overtime to deliver oxygen to the rest of the body. Over a period of months and years, this overworking weakens the structure of the heart and can result in heart palpitations, heart murmurs, heart disease, and even death in severe cases.

The following sign of iron deficiency anemia isn’t as severe as heart problems, although it can still cause some issues with self-esteem…

People with iron deficiency often tend to be more susceptible to colds, infections, the flu, and even rashes. This is due to an overall suppressed immune system that’s too focused on sending blood to various organs in the body. While the immune system is busy carrying out other tasks, it’s less likely to be able to fight off pesky illnesses that someone without anemia might be able to fight off.

The following symptom is somewhat unexpected…

Most people are unaware that a lack of oxygen and iron in the body can cause anxiety. Unfortunately, that means people with iron deficiency anemia are at an increased risk of developing anxiety and having panic attacks.

When anemia causes the heart to overwork, it can cause the brain to react by becoming anxious and nervous.

These symptoms are due to the lack of oxygen flowing to the brain cells. As a result, iron deficiency anemia can cause shortness of breath and an increased heartbeat, both common symptoms of a panic attack.

So, just what symptom of iron deficiency anemia takes the most people by surprise?…

Paleness in the Eyelids

One of the stranger symptoms of iron deficiency anemia is pale eyelids, which results in decreased blood flow. Pulling down the lower eyelid shows skin that is bright red in color—in healthy individuals. If this area is white or pinkish, it could indicate anemia or lack of iron in the body.

Paleness in the eyelids is a symptom of an advanced stage of iron deprivation, and doctors usually treat the anemia more aggressively when paleness in the face or body occurs.

What’s most important for those who think they may have iron deficiency anemia to know?…

Who is at Risk for Developing Iron Deficiency Anemia?

There are some people who are at higher risk than others for developing iron-deficiency anemia than others, including people with poor diets, people with intestinal disorders like celiac disease, diverticulitis, or Crohn’s disease, or people with chronic illnesses like diabetes or cancer. Other populations that might be at higher risk for iron deficiency are pregnant women, women who are menstruating, and people under two or over 65 years old.

While more often than not, doctors treat this condition with over-the-counter medication. There are times, though, when more aggressive measures are necessary to treat this type of anemia. Considering how devastating the consequences of untreated anemia can be, seeking treatment right away is always the best course of action.